by Helen Melody, Lead Curator of Contemporary Literary and Creative Archives who catalogued the Hughes Archive (held at Add MS 88198) For more information about the Library's holdings of material relating to the life and work of Ted Hughes, see our collection guide and the relevant pages on Discovering Literature. 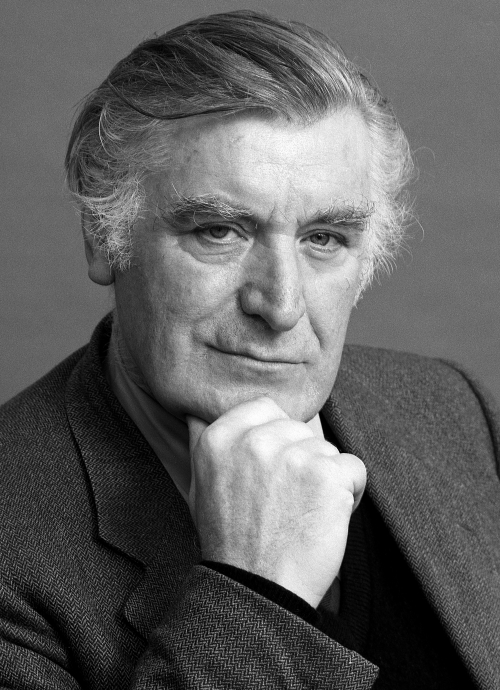 Today would have been the poet and writer, Ted Hughes’ 90th birthday. Born in Mytholmroyd in West Yorkshire in 1930 Ted Hughes created a hugely diverse body of work from poetry and prose to theatre adaptations and non-fiction. The natural world and our relationship with it is one of the most abiding themes in his work from early poems such as ‘The Thought Fox’ and ‘The Hawk in the Rain’ through to his children’s story, The Iron Man. Hughes was also lauded for one of his last poetry collections, Birthday Letters, a series of 88 poems about his relationship with his first wife, the poet, Sylvia Plath.

We had hoped to mark 2020 with a small display of items from the Library’s rich collections on Ted Hughes in our Treasures Gallery, and an evening event. Sadly the Coronavirus pandemic meant that these plans have had to be put on hold at present although we hope to be able to celebrate Hughes’ life and work in a similar way in 2021 instead. In the meantime I would like to use this post to highlight the richness of the Library’s collections relating to Hughes and point to some of the online resources relating to him which can be accessed at the moment while the Library continues to reopen after the recent restrictions.

My own work at the Library began when I started cataloguing the Hughes archive which was acquired from the Hughes Estate in 2008. The archive contains literary drafts, diaries and notebooks, correspondence, professional papers and project files dating from throughout Hughes’ life and career from early notes made in the 1940s through to 1990s drafts of Birthday Letters and Howls and Whispers. The depth and breadth of the archive provide a rich insight into Hughes including both his creative process and the subjects that interested him which were as varied as astrology, fishing and poetry in translation. As my first proper job after becoming an archivist the archive was both a challenge and a joy as I looked through the boxes and marvelled at their contents. I think that all too often curators at the Library can forget how privileged we are to have access to such treasures. Having worked at home since March I have obviously missed meeting up with colleagues in person but I have also missed the collections. Being able to touch the paper on which an iconic work is written remains a privilege and a thrill which I am looking forward to getting back at some point in the hopefully not too distant future.

In addition to the archive which I catalogued we hold a number of smaller collections relating to Hughes often based around a series of correspondence between him and his friends, family and collaborators, including his sister, Olwyn, the artist, Leonard Baskin and the academic, Keith Sagar. Comments made in correspondence can often provide important context to works as well as useful information about an individual’s life.

Anyone looking for a Hughes fix would do well to look at Discovering Literature: 20th century which includes digitised highlights from across our Hughes collections including early astrological charts, notes on river pollution, drafts of Birthday Letters poems and sketches by Hughes. These can be found alongside articles on him by academics and others aiming to provide an introduction to his work.

I thought of Ted recently when out on my daily walk I saw a small pike in a river near my house. Getting out for walks has been important to me since I’ve been working from home and a good way of tiring out my small sons. You can’t spend as much time as I did reading about fishing when cataloguing the Hughes archive and not be enthusiastic about seeing one of Ted’s most iconic fish! Here is a photograph of the spot where we saw the pike. 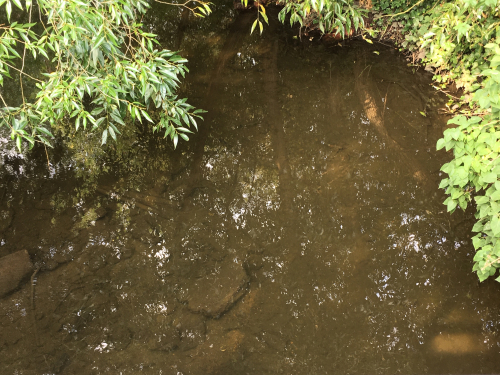 Needless to say I didn’t have a chance to photograph the pike when we saw it and we probably won’t see it again though we have seen chub and roach in the river too. Here are some roach in the same spot which seems to be a popular haunt for them! 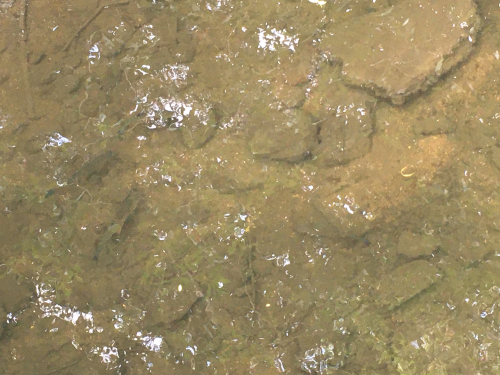 Meanwhile you can listen to Hughes reading ‘Pike’ on the Poetry Archive and describing his pike which sound rather larger and more impressive than mine. Happy Birthday Ted!

Posted by Eleanor Dickens at 8:14 AM