by Eleanor Casson, Cataloguer for Contemporary Archives and Manuscripts. The Ronald Harwood Papers are available to consult, for free, in the Manuscripts Reading Room at St. Pancras. 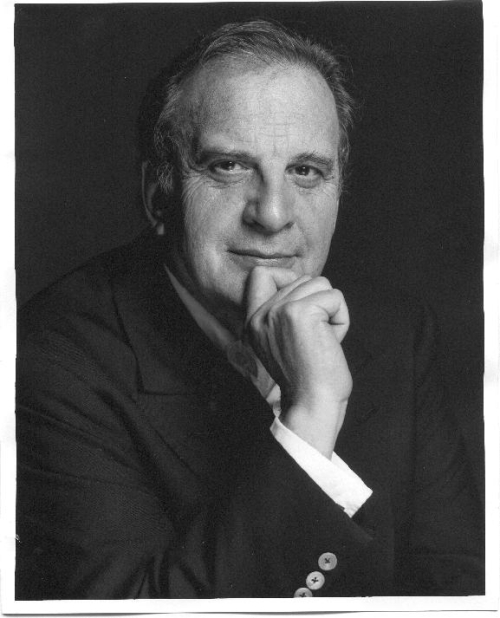 Sir Ronald Harwood, celebrated playwright, novelist and award-winning screenwriter sadly died this month, at the age of eighty-five. Author of over thirty fiction and non-fiction books, over twenty plays, twenty screenplays and knighted by the Queen for services to drama in 2010, he was one of Britain’s most notable playwrights and screenwriters. The British Library was privileged to acquire his archive in 2004, where it sits beside the collections of some of his most notable contemporaries, such as Peter Nichols, Sir Tom Stoppard, and Harold Pinter.

The Ronald Harwood Papers (Add MS 88881) is a hybrid archive encompassing material in paper and electronic form comprising three hundred and forty-five items of manuscripts, papers, correspondence and news cuttings relating to his life and work. The collection Includes: drafts of The Dresser and Quartet with autograph annotations, papers and correspondence relating to awards won by The Pianist, and drafts of his novels as well as correspondence and works from his friends and associates, including Harold Pinter, Simon Gray, Dame Judi Dench, Peggy Ramsey and André Previn. Access to the Born Digital material is also available in the British Library Manuscript Reading Room. Harwood is represented in the Modern Playscript collection with copies of his works, Poison Pen, The Dresser and Quartet, and others. The Library also holds an oral history from Harwood in its Sound Archive, titled ‘Harwood, Ronald: An Oral History of Theatre Design’ and split over eighteen parts.

Harwood was born in Cape Town, South Africa on 9 November 1934 to Isaac and Isobel Horowitz neé Pepper; his father was a Jewish Lithuanian refugee and his mother was also Jewish, born in London. As a child he had dreams of becoming a theatre actor, moving to London in 1951 to study drama at RADA and eventually joining Donald Wolfit’s Acting Company as a business manager and part time actor. Harwood spent six years at the company before his marriage to Natasha Riehle. He began writing after his father-in-law gave him a typewriter as a wedding present, writing his first novel All the Same Shadows about racial injustice in South Africa in just a few weeks.

His most well-known play was The Dresser, which opened on Broadway in 1981 to critical acclaim and won a Tony nomination for best play in 1982. The Dresser was based on Harwood’s own experience of working in English theatre, exploring the relationship of an ageing actor and his backstage dresser and assistant. Harwood had been the dresser for Donald Wolfit in his late teens and early twenties; in later life he wrote a biography of Wolfit, Sir Donald Wolfit, C.B.E.: his life and work in the unfashionable theatre, and acted as the administrator for his will and settlement. In 1983, the play was adapted in to a film which Harwood wrote the screenplay for starring Albert Finney and Sir Tom Courtney, earning Harwood his first Oscar nomination.

Harwood also found great success with screenwriting after receiving lessons from Alexander Mackendrick. His most successful and critically acclaimed screenwriting endeavour was The Pianist. In 2003, the film won three Oscars for Best Actor, Best Director and Best Adapted Screenplay for Harwood. His last screenwriting credit, in 2012, was an adaption of his own stage play Quartet (1999), directed by Dustin Hoffman with a cast of British national treasures, including Sir Tom Courtney. Harwood was extremely talented at adapting stories to different mediums; he adapted Evelyn Waugh’s novel The Ordeal of Gilbert Pinfold for the stage (1977), Terence Rattigan’s play The Browning Version into a film (1994), and his own novel All the Same Shadows in to a radio play (1960-1961).

Alongside his distinguished career Harwood was also known for being an active member of English PEN, the President of PEN International (1993-1997) and the chairman of the Royal Society of Literature (2001-2004). He was a long-term member of the Garrick club and had close friendships and working relationships with Harold Pinter, Simon Gray and Sir Tom Stoppard. Harwood and Pinter had a mutual love of cricket and squash, with Pinter recording weekly squash matches with Harwood. As a group they were all involved with a cricketing team the ‘Gaieties Club’, founded in 1937 by music hall artist Lupino Lane and named after the Gaiety Theatre in London, of which Pinter was the Chairman. In contrast to his active involvement in sports, Harwood was also a prolific and unapologetic smoker. In 2004 he refused to direct The Dresser in Canada because of Canada’s anti-smoking laws. Ultimately, he quit smoking in 2013.

With a career spanning six decades his influence was long lasting with The Dresser seeing sixteen major stage revivals in Britain, most recently in 2016. His archive encapsulates how illustrious his career was for a man that was so quietly successful.

Posted by Eleanor Dickens at 2:00 PM