What Have We Been Reading?

This week marks the second in our blog series What Have We Been Reading? where the English & Drama Blog canvasses a broad range of British Library departments and curators to pick their brains about what they've been reading in their spare time. Views -- as always in this series -- are their own.

There must have been a good few people separated from cherished books left on their office desks during lockdown. My Desert Island, or my “Stuck-on-the-Top-of-a-Tor” book, was amongst these: Charles Causley’s Collected Poems, 1951-2000. 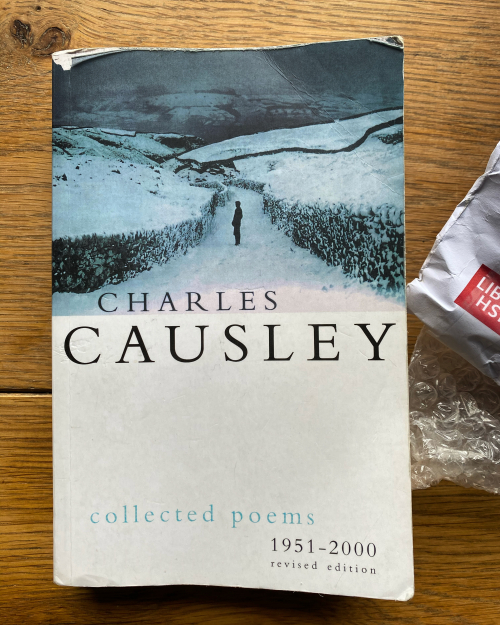 Charles Causley (1917-2003) was a Cornish poet and writer. Causley - who apart from the time he spent in the Navy during World War Two, lived all his life in the ancient Cornish capital, Launceston - captures the distinctive mind-set of the Devon & Cornwall borderland. There is an irresistible magnetism to and a connection with the Sea and with the meditations that its presence brings. Causley makes me think of my own Grandad, his brothers, sisters and friends of their generation. He keeps me in touch with my roots, he feeds and sustains my sentimentality for the otherness of the other side of Dartmoor.

Folklore, legend, traditions, close attention to characters and places, all feature in Causley’s poems. He took especial care to speak about the vulnerable, the damaged, the needy and the outcast. He admired the strengths of “the good” in people. He liked ballads and is well-known for his children’s poems. I read his poems to my young daughter; ‘Diggory Prance’; ‘Mrs Malarkey’, ‘Three Green Sailors’ are amongst our favourites. She laughs because my Westcountry accent is at its most sing-song and piratey when I read to her.

‘Still spins the water and the land,
I said, ‘as yesterday’ –
And leaned to take his hand. But he
Had vanished away.’

It makes me shudder every time I read it. I’m uncomfortable with showy and staged acts of Remembrance, but I always think about how those who survived remember their young comrades who died. How profoundly difficult to just carry on getting older when they did not, could not. My Pop (Grandad) was in the Navy for 36 years and I wonder how many a Dan Dory he saw every time he looked out over Plymouth Sound.

I read fewer and fewer books from cover to cover “these days”, books of poetry are perfect repose from reading heavy history that comes with the job. So I was very grateful when a kind co-worker, among the first back to the office, carefully packaged my book and sent it on to my home.

For work I have been reading my way through the works of Beryl Gilroy, which actually doesn’t feel like work at all. Sometimes the subjects of her books are difficult but at the same time she has a beautiful, frank way of writing that I really enjoy. At the moment I am on Gather the Faces. I was looking forward to visiting the London Metropolitan Archives before the end of the year to read a manuscript of Black Teacher which is out of print and hard to read elsewhere. Sadly, lockdown two has paused that for now. I have also just finished Richard Ryder’s Victims of Science. It is a tough read but a thought provoking one. Ryder is a psychologist and animal rights campaigner. Written in 1975, this is his first full length book exploring the ethical issues in contemporary animal rights debate. Our department holds a growing collection of archives on animal rights including the archives of Richard Ryder and Kim Stallwood. 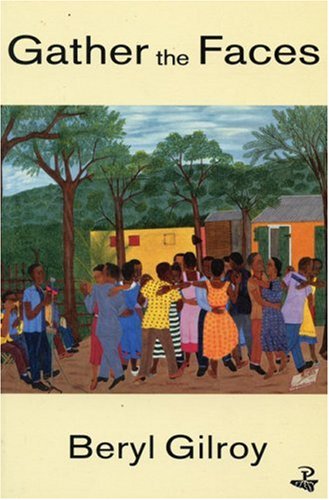 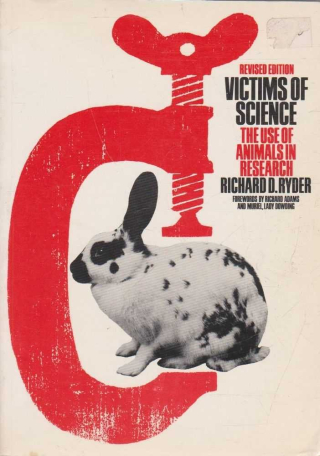 Outside of work, I tend to read online and often a lot of fanfiction on platforms like Ao3 (Archive of Our Own). I think there can be a bit of snobbery about this kind of writing but for me I love the vibrant community that comes with reading in this way, particularly in a time of isolation across the world. Often, the writers on these platforms are just big nerds for their subjects rather than writing to sell books and I find that a really joyful and unpretentious thing to be part of. In a year like 2020 sometimes you just need to be transported to a fantasy world or enjoy a bit of escapism. Or I do anyway!

I believe there are two types of person in this world, those who intently focus on one book at a time, and those who flit between many … currently I’ve four on the go. I recently added to the pile the incredibly fun, and monumentally pertinent, Dead Famous: An Unexpected History of Celebrity from Bronze Age to Silver Screen by Horrible Histories historian Greg Jenner – and no, this one isn’t for kids! With an eclectic cast of 125 (according to Jenner) intriguing characters - from Pliny the Elder to David Attenborough – it teases out the definition of ‘celebrity’, what one is, and why they exist. I particularly enjoyed reading about the 18th century sensation Clara, who toured Europe for 18 years – SPOILER ALERT: She was a Rhinoceros. In today’s world, where celebrity is commodified, and often fleeting, and its influence so frequently affects activism and politics, it’s important we understand the social constructs and media channels that facilitate and create them. It’s also a pertinent discussion for the Library’s Modern Archives and Manuscripts collection too, which is filled with records of the illustrious and the lionized – for good and for bad. 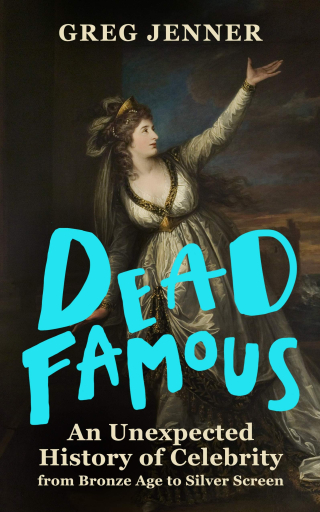 For me, Adam Kucharsky is our man in these strange times. A Fellow at the London School of Hygiene and Tropical Medicine, he works as a leading epidemiologist and analyst on infectious disease outbreaks. In his most recent book, he tries to understand how a virus transmits into the mass population and how we can get better at predicting what happens next. For this he looks for 'the hidden connections' between apparently unrelated phenomena such as epidemics, mob violence, financial crises and viral tweets. Plus, he focuses on the meme process of how the false media and false information spread online as much as a virus. A contagious book. 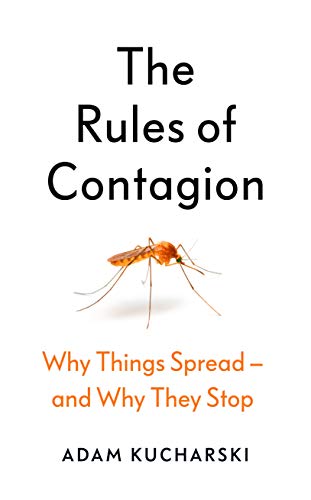 One of the great novels of the post-war years, The Plague, written in 1947 by the Nobel Prize winner Albert Camus, is a timeless modern classic masterpiece. Suddenly decimated by a plague announced by rats, the coastal city of Oran has to confront the looming danger in apprehension and quarantine. The stoic doctor Bernard Rieux and his friends decide to stay in the city in order to help the people and alleviate their suffering. But their way will not be an easy one and everyone in the city will have to confront their fears and interrogate the human condition. The Plague is a compelling book about human beings and their endurance, their solidarity and their sense of responsibility. A timeless book for today and tomorrow. 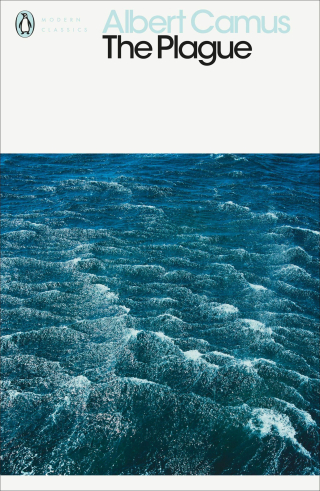 Ralf Dobelli is a Swiss author and entrepreneur best known for his bestselling non-fiction book The Art of Thinking Clearly, where he describes 99 of thinking most common psychological errors – from cognitive biases to envy and social distortions. In his most recent book, Stop Reading the News, he analyses the decision-making mechanism and comes up with examples on how to filter the important and the relevant news around us and why it is important to have a good grasp in understanding the form and content of information. His astute conclusion, though, could be read as a warning: 'News is to the mind what sugar is to the body.' 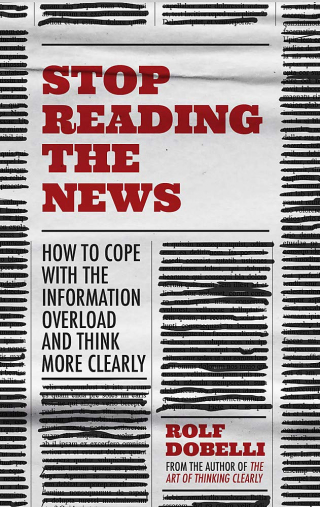 Posted by Eleanor Dickens at 3:32 PM