What makes a beautiful word?

by Elliot Sinclair, Web Editor in the Content and Community Team. 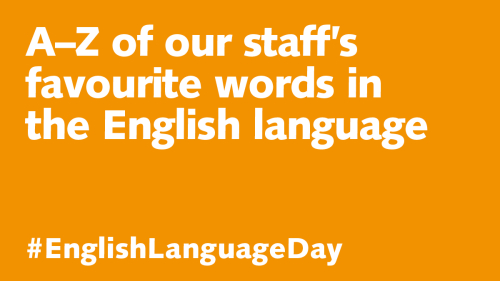 It sure can. And in Georgian, they even have a word for it: ჟრუანტელი / zhruanteli, ‘a beautiful word that gives you goosebumps’.

So with English Language Day on Friday, we thought we’d carry out a mini census of the BL’s favourite words. Here are just a few, along with our reasons: 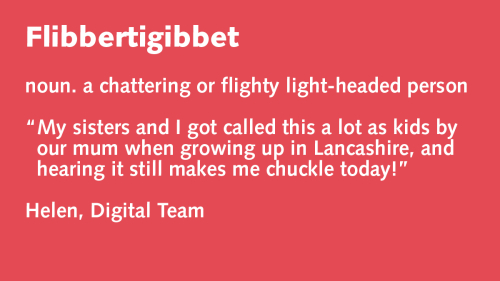 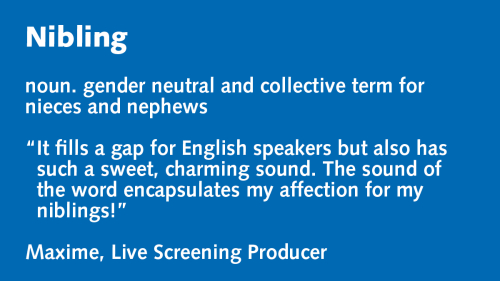 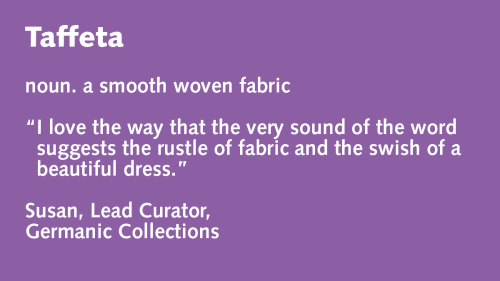 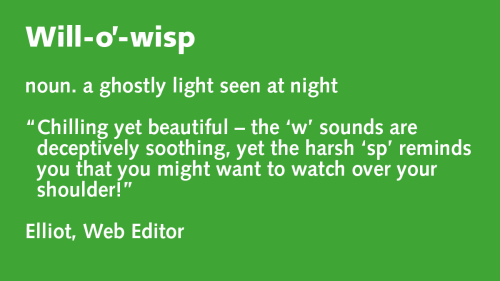 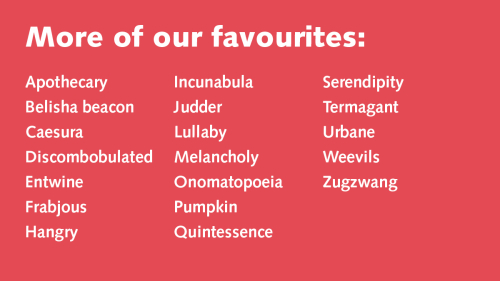 So what exactly makes a beautiful word? Here’s an entirely whimsical, and slightly psychedelic musing based on our word choices…

No, we’re not talking crash and bang. Too clichéd. It gets far more interesting when the onomatopoeia level gets cranked down a little with subtly – to the extent that perhaps only your subconscious can detect those real-life sounds hiding in the words. (And as an aside, does anyone else get a secret buzz out of spelling ‘onomatopoeia’ correctly?)

So here are a few examples, and see our reasons above for how each of them can be considered onomatopoeic:

Will-o’-wisp ; Meander ; Lollipop ; Lullaby ; Taffeta; Sesquipedalian ; Onomatopoeia
(Is onomatopoeia really an onomatopoeia? According to our staff, yes it is)

Just reading these gives off a sense of synaesthesia, where you can almost picture the very embodiment of the words: what they look like; their personalities; how they would sound if they spoke to you (or is it just us?) Taffeta would speak in a soft, seductive tone, whispering gently into your ear… before disappearing into thin air before you could make contact.

Symmetry is aesthetically pleasing – whether in art, music – or in words. The formation of syllables with consonant + vowel + consonant + vowel, etc phonemic combinations is particularly pleasant to the ear, and words with this composition tend to roll off the tongue with ease, without those pesky double consonant sounds getting in the way. So for example:

In fact, when analysing Biblical Hebrew, Scottish linguist George Delgarno (c. 1616–1687) believed that this type of formation was a relic of what was considered a God-given language and was one of the qualities that made the very essence of words truly represent the meaning behind them, before language was ‘corrupted’ at the Tower of Babel.

Asymmetry and the unexpected

Having said that, words that break symmetry can also be satisfying. What is it about flibbertigibbet that makes it sound so inherently amusing? So many things. With its awkward double-consonant start (fl), one is perhaps reminded of a flick. And then you have the rhyme of flibbet and gibbet, with those powerful ‘b’ plosives in the middle to really give the word a kick (or a flick).

Meanwhile, in zugzwang the double consonants (zw) add a sharp touch to the word, on top of the repeated z sound to amplify its aggressive meaning. The zug and the zwang almost sound like a double slap in the face, in this case, the face of your opponent in Chess.

In Scandinavia, the harsh sound of the double-consonant beginning Sc (which sounds like ice) is juxtaposed with the fairly free-flowing consonant + vowel combination in the rest of its syllabic composition, to paint a picture of a region filled with landscapes frozen, dangerous and terrifying, but also beautiful, as emphasised by its soft vowel ending. It’s the lexical incarnation of ‘the sublime’, the point at which beauty and terror collide to create that awe-inspiring feeling you get when you’re standing on top of a mountain or watching the thrashing waves.

Turning to serendipity, although it follows that classic consonant + vowel formation, its rhythm is less symmetrical: the two syllables before the stress (se-ren), followed by the three after the stress (di-pi-ty – with its bouncy cadence) create a kind of oddly pleasing and unexpected disequilibrium and help to bring to life the meaning of unexpectedness in the very word.

Speaking of beauty in the unexpected, we also have syzygy, where its unique no-vowel composition gives it its mysterious allure.

Posted by Eleanor Dickens at 9:13 AM