Shelley died at sea, aged just 29, on 8 July 1822. Earlier that month Shelley had sailed in his boat, the Don Juan, from his home in San Terenzo to Livorno. On that voyage he was accompanied by a young boat hand, Charles Vivian, and two close friends Edward Williams and naval officer Daniel Roberts. Shelley sailed to Livorno to meet Leigh Hunt and Lord Byron in order to develop their plans for the publication of a new anti-establishment journal The Liberal. Having accompanied Hunt to his accommodation in Pisa, on 8 July Shelley, Williams and Vivian set sail for home. Within a few hours the Don Juan was caught in a severe storm and all three men were lost at sea.

Shelley's body washed ashore near Viareggio on 18 July 1822 and William’s body was found on the same day three miles further along the shore. The remains of Vivian were discovered some weeks later. According to the friend who found them, Edward John Trelawny, Shelley was identified by the ‘volume of Sophocles’ he had ‘in one pocket, and Keats’s poems in the other’. Initially buried in quicklime, Shelley and Williams were exhumed and cremated on 16 August 1822 on the beach near Viareggio where they were found. It had been decided that Shelley’s remains should be interred near John Keats’ in the Protestant cemetery at Rome, whilst the remains of Williams were to be returned to England. In order to facilitate the movement of their bodies and overcome the Italian quarantine laws governing the burial of bodies washed from the sea, it was decided that the men be cremated. 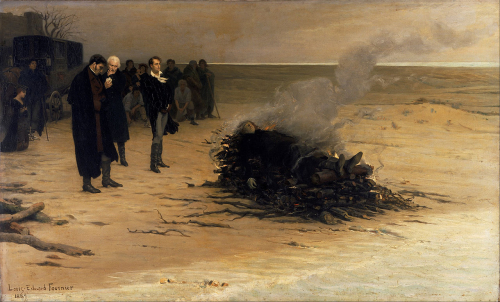 Following the funeral the ashes were collected for burial by Edward Trelawney who had also taken some of Shelley’s hair as a memento. He gave the hair and some of the ashes as a keepsake to Claire Clairmont – Mary Shelley’s stepsister and Lord Byron’s lover who was staying with the Shelleys in San Terenzo. These items would eventually pass to the British Library. 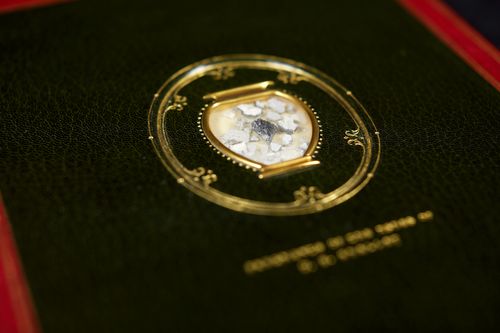 A lock of Shelley's hair and fragments of his ashes that once belonged to Claire Clairmont, stepsister of Shelley’s wife Mary Shelley 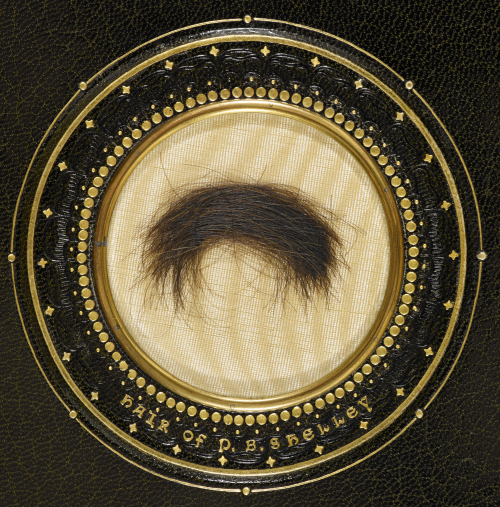 A lock of Shelley's hair and fragments of his ashes that once belonged to Claire Clairmont, stepsister of Shelley’s wife Mary Shelley

In the weeks leading up to his death, Shelley suffered from visions of drowning and death. In a letter written just after Shelley died – now in the British Library as Ashley MS 5022 – his wife Mary Shelley recounted how he dreamt that ‘the sea was rushing in’ and that he was strangling her whilst Edward Williams and his wife Jane looked on as corpses. After her husband's drowning, Mary began to consider how his visions might have foretold the future.

To mark the bicentenary of the death of Percy Bysshe Shelley, curators at the British Library worked with the poet Benjamin Zephaniah on a new Radio 4 programme ‘Percy Shelley, Reformer and Radical’. Presented by Zephaniah, the 2 part series brings a very personal take on Shelley’s work and how it influenced his own work and that of other poets. As part of this recording we showed Zephaniah the original draft of the ‘Mask of Anarchy’, Shelley’s annotated copy of ‘Queen Mab’, as well as the hair and ashes of the poet taken from his funeral pyre. 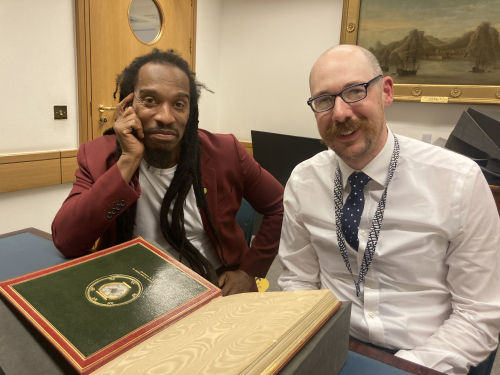 Episode 1 was broadcast on Sunday 3 July and episode 2 will be aired on Sunday 10 July, at 4.30pm on BBC Radio 4. The episodes will be available online after broadcast. 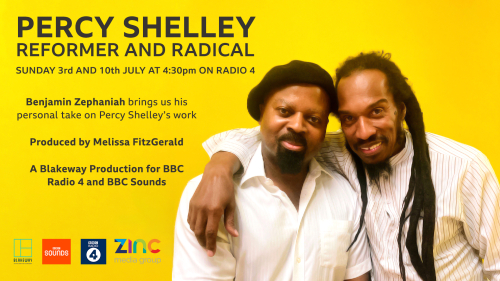 Posted by Eleanor Dickens at 8:29 AM