The Gersum Project: A New Resource to Dig Up Viking Treasure amongst English Words

When we think about Viking treasure in Britain, images of swords, coins and jewellery often spring to mind. However, scholars from the Universities of Cambridge and Cardiff have been working on the study of a different type of Viking artefact associated with Anglo-Scandinavian contacts during the early Middle Ages: words from Old Norse (the language spoken by the Scandinavians during the Viking Age) that made their way into medieval English. This would have happened, to a large extent, as a result of English speakers incorporating (often technical) words into their language or following the language shift of the Scandinavian settlers from Old Norse to Old English as part of their cultural integration. There are around 2,000 words in medieval English for which Norse origin has been suggested. They include technical and non-technical vocabulary; here are some examples:

Old English and Old Norse were fairly close to each other (they were both Germanic languages) and it is very likely that their speakers were able to understand each other to some extent. This most probably facilitated the transfer of words across the two languages, but it also makes the identification of Norse loans in English very difficult.

The Gersum Project: The Scandinavian Influence on English Vocabulary, which has been funded by the UK’s Arts and Humanities Research Council and takes its name from the Norse term represented by OIcel. görsemi ‘costly thing, jewel, treasure’, has put forward a new way to classify the Norse-derived terms in English which brings to the forefront the different types of evidence that we can rely on: the form of the terms in terms of their sounds (phonology) and/or their structural components (morphology), the date and location of their attestations in English texts, their presence in other Germanic languages, etc.

The systematic nature of this approach will enable researchers to make consistent and explicit etymological decisions and thus advance our knowledge of the significant role that Old Norse had in the development of the medieval English lexicon, particularly in the areas where the Scandinavians settled down, i.e. the so-called ‘Danelaw’ (the areas to the north and east of an imaginary line joining London and Chester). The careful consideration of the dialectal distribution of the terms in the etymological discussion and the links to the English Dialect Dictionary also make this project fully relevant for the study of modern English dialectology, and, hence, the British Library’s own archival work on accents and dialects. 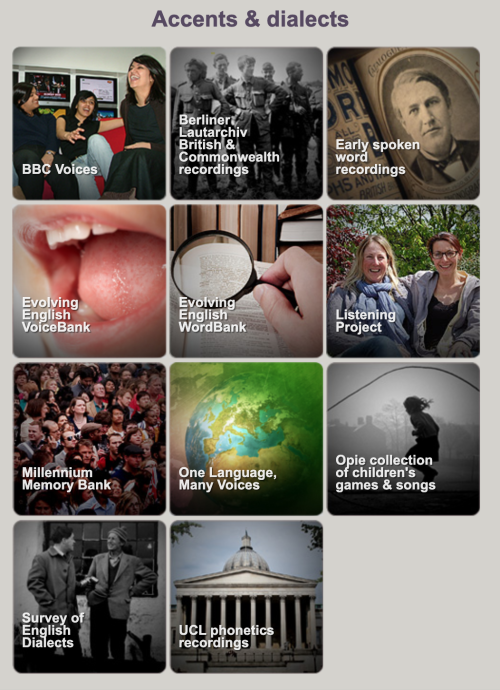 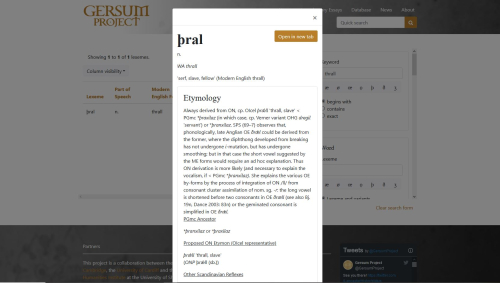 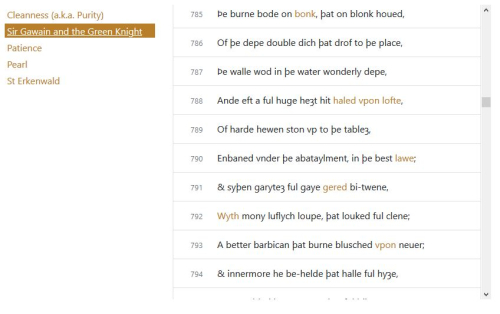 Screenshots showing the interactive interface of the Gersum Project

These texts give us an insight into the lexical wealth of late-fourteenth-century Cheshire/Staffordshire. The author of The Wars of Alexander, which can be found in two manuscripts (Oxford, Bodleian Library, Ashmole 44; and Dublin, Trinity College 213), probably originated from further north than the two other authors although, as it is often the case, it is difficult to know where exactly he came from. In these texts, native, Romance and Norse terms work together to meet the lexical diversity needed for the sake of alliteration (and rhyme), as well as the authors’ taste for detailed and technically intricate descriptions. 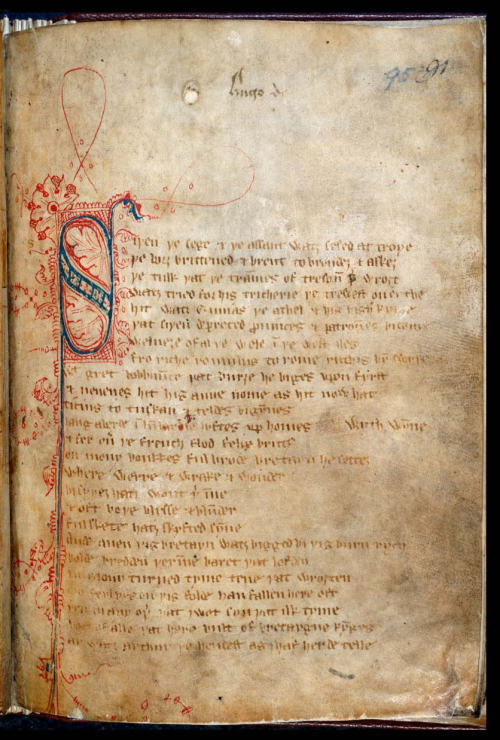 Image for Nero A.X: beginning of text of Sir Gawain and the Green Knight 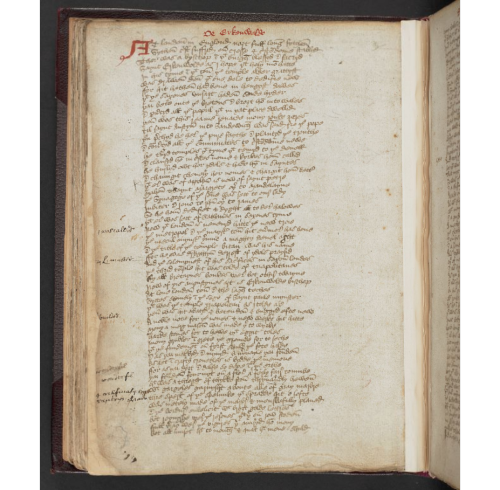