a guest blog by Heather Clark, Professor of Contemporary Poetry at the University of Huddersfield, whose book, 'Red Comet: The Short Life and Blazing Art of Sylvia Plath' is available now from Penguin Books. If you have recently used the Library's literary collections in your published research, please get in touch at @BLEnglish_Drama on Twitter to be featured in another guest blog. 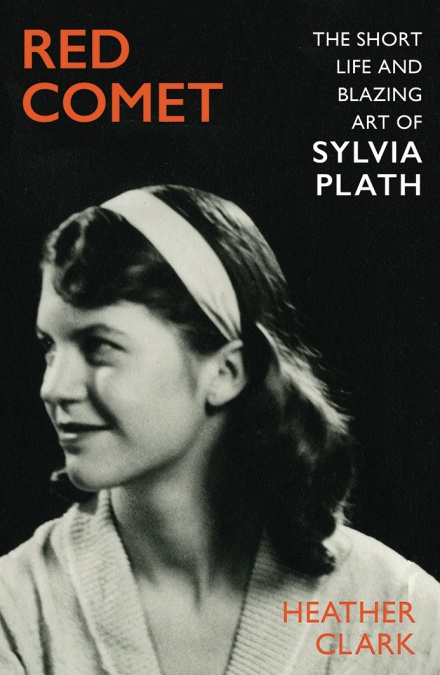 When I set out to write a biography, Red Comet: The Short Life and Blazing Art of Sylvia Plath, nearly nine years ago, I knew I would need to devote a significant amount of time and space to another great twentieth century poet: Ted Hughes. Plath and Hughes were married for nearly seven years, during which time they produced some of the most important works of the postwar period, including The Hawk in the Rain, The Colossus, Lupercal, The Bell Jar, and Ariel. I have long been fascinated by the creative dynamics of this literary partnership, which I explored in my second book, The Grief of Influence: Sylvia Plath and Ted Hughes. Writing Red Comet gave me the chance to dig even deeper into the British Library’s Ted Hughes archive, which, along with Emory University in Atlanta, holds the world’s most important collection of Hughes’s papers.

The many unpublished sources in this archive enriched my biographical narrative of Plath. Hughes’s 1957-59 letters from America to his sister Olwyn, for example, reveal his disdain for American culture, and, paradoxically, its stimulations. He wrote in detail to Olwyn about his impressions of New York City, Cape Cod, Wellesley, Northampton, and Boston in letters full of cynicism and humor. He described the impact of philosophical and literary ideas by Lorca, Crowe Ransom, Baudelaire, Graves, and Lawrence on some of his most well-known poems, such as “View of a Pig,” “Hawk Roosting,” and “Pike,” as he wrote Lupercal. Hughes’s letters from this period also shed light on some legendary contemporaries. He writes of meeting Robert Lowell, with whom he felt an immediate kinship, and his first impressions of Lowell’s watershed collection Life Studies, which Hughes read before its publication in spring 1959. Hughes made rough journal entries, too, in Boston: I learned that he wept with relief when Plath told him he had won a Guggenheim fellowship. These were important years in Plath and Hughes’s literary lives, made more vivid by the materials in the British Library.

Hughes’s unpublished notebooks were another rich source of detail (that is, if one can decipher his notoriously difficult handwriting). Some of these notebooks contain unpublished poems by Hughes about Plath that are less well-known to the public than those of his bestselling, elegiac collection Birthday Letters. Perhaps the most interesting poems, from my biographical perspective, are in the “Trial” sequence that Hughes wrote in the 1980s when he was involved in a U.S. libel lawsuit over a film adaptation of The Bell Jar. In these poems, Hughes remembers visiting Plath at her new London flat to celebrate the publication of The Bell Jar; conversations about the novel’s heroine, Esther Greenwood; Plath’s anxiety surrounding the book’s reviews; his own decision not to read The Bell Jar until after Plath’s death; and his promise to Plath’s mother never to publish the novel in America. Hughes struggles to understand why Plath wrote The Bell Jar, and to what extent the act of writing and publishing it exacerbated her depression in 1963. The “Trial” sequence, scrawled with changes and excisions, offers a rare glimpse of Sylvia Plath as Ted Hughes remembered her in 1962 and early 1963. It confirmed, for me, the value of “slow” biography—of long weeks spent in the archive, sifting through layers of the writing left behind.