Throughout its history the city of Brest in Belarus has had many different names – Bierascie or Berestye (founded 1019), Brisk (in Yiddish), Brest-Litovsk (as part of Russia), Brześć (as part of Western Belarus and Western Ukraine after the Brest-Litovsk Peace Treaty with Germany, then part of Poland from 1918-1939). From 17th September 1939 the Soviet Union regained its territories and re-named the city Brest.

In the 19th century fortifications were built because of the city’s strategic location on the border between West and East, and close to the Baltic States and Ukraine. Military engineers who took part in building the fortifications include G.I. Lagorio (1867-1938), D.M. Karbyshev (1880-1945) and B.R. Droboshisnkii (1880-1943). A book describing the history of the fortifications is Fort V i drugie forty Brestskoi kreposti (Brest, 2009) [BL shelfmark YF.2011.a.3176]. 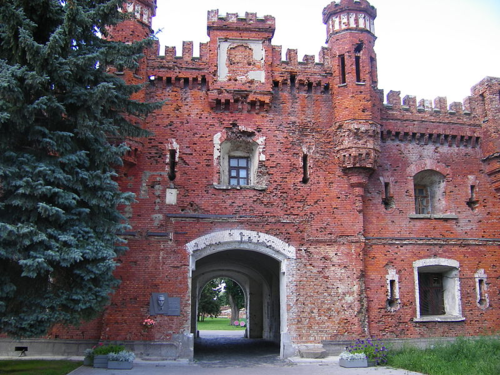 On 22 June 1941 at 4 o’clock in the morning the forces of the German Wehrmacht attacked the Soviet Union. The Brest Fortress was in their way. The “Barbarossa”  plan  was to take over the Soviet Union within the space of 2 months.

The first day and first hours of the war are described in a book written by Uladzimir Shnarevich IA krepasts, viadu boĭ = I am fortress, I am in action = Ici la fortresse, continue à combattre =  Hier Festung, kämpfe weiter = Aqui la fortaleza, continuo el combate (Minsk, 1991) [YA.996.b.4851]. The German attack took the Soviet Red Army by surprise, but the defence of the citadel was quickly organized under the leadership of Captain Ivan Zubachev, Commissar Efim Fomin and Major Petr Gavrilov (1900-1978). These commanding officers were later captured and spent four years in concentration camps. 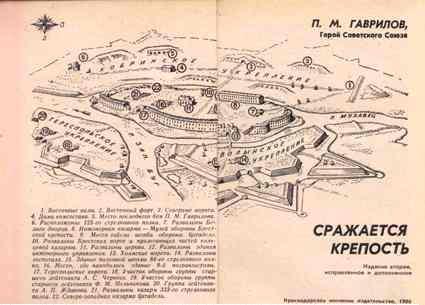 There were heavy human losses on both sides, as well as among civilians who lived near the fortress. The city itself was taken over by German troops very quickly, but the fortress continued to fight until 23rd July 1941.

The first book about the  defence of Brest Fortress, Brestskaia krepost, was written by the Soviet journalist and author Sergei Smirnov (1915-1976) and published in 1957. It was received with huge interest not only by public and historians, but also by veterans who had fought in 1941 and survived the war. An English translation Heroes of Brest Fortress  was published in 1965 in Moscow by the Foreign Languages Publishing House [X.639/966] and a second Belarussian edition appeared in 1973 [X.989/25712]

Veterans also came forward to share their own  experiences, including Major Gavrilov whose book Srazhaetsia krepost was published in Krasnodar in 1980 [YA.1993.a.3764]. 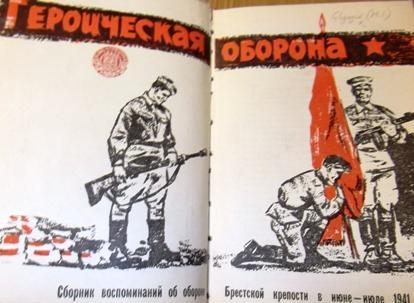 After the publication of Smirnov’s book, the decision was made to honour the memory of military and civilians who died at the Brest Fortress in the form of  a memorial and museum. 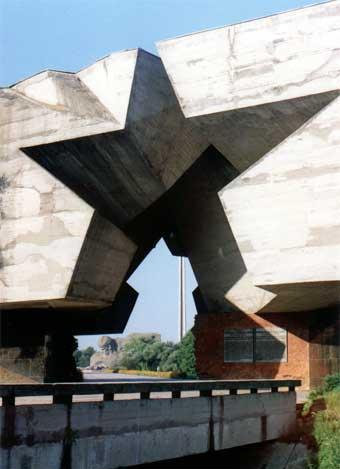