The planned Ark Encounter theme park (Williamstown KY) will allegedly show unicorns boarding the Ark. The Bible does indeed refer to unicorns, and while for some this is the end of the matter for others it’s only the beginning.

Father Benito Feijoo OSB (1676-1764) reader (in Latin, of course) of Bacon, was a major figure of the Spanish Enlightenment.  (Only the Spanish would have taken a Benedictine as their Voltaire.)  His Teatro crítico (1726–1739) was a collection of essays on various questions, many of them on nature. 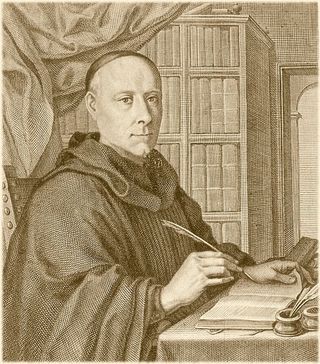 He often cast himself in the role of debunker of myths and vulgar errors: Ovid was not inspired by the Bible, he said (see Trousson), and there was no such thing as a unicorn.

In 1728 Feijoo (Teatro critico, II, discourse II) decided that the unicorn was a myth, and that what the Bible calls the unicorn was Rupicapra orientalis, the Oryx.   The unicorn horns found in royal collections were the tooth of the narwhal:  Feijoo cites ‘Francisco Willugbeyo’ (Francis Willughby), Historia piscium (London, 1686) [BL shelfmark 41.i.1.]

This work is “a crucible in which the principal objections to the Teatro crítico are assayed”.  On pp. 235-49 he reports that Fr Martín Sarmiento, Feijoo’s staunchest defender,  identified the biblical unicorn with the rhinoceros.

In 1743 Feijoo received a letter from an anonymous correspondent, who said that his aide de chambre had seen a unicorn at Brussels. Feijoo had the last word  (Cartas eruditas y curiosas (1745), III, letter III): he is adamant that the unicorn and the rhinoceros were quite different, and that this was a rhino.

In a final note, Feijoo says “I will not hide from the reader that I fear that the Brussels rhinoceros is the fiction of some idle person”.  Here for once the great man was wrong: this was Clara, the celebrated rhinoceros, who made a European tour from 1741 to 1758, passing through Brussels in 1743, and was celebrated in painting by Longhi (in the National Gallery, London) and in Meissen porcelain. 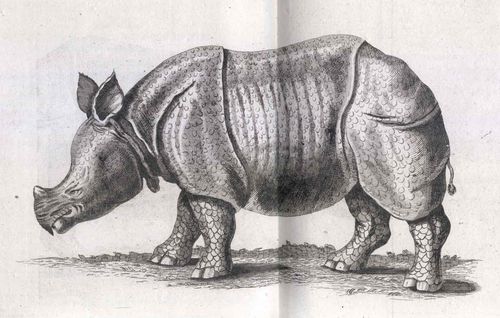