To mark the 50th anniversary of the death of the French composer Francis Poulenc the British Library & British Museum Singers will give a performance of Poulenc’s Gloria conducted by Peter Hellyer accompanied by Christopher Scobie. 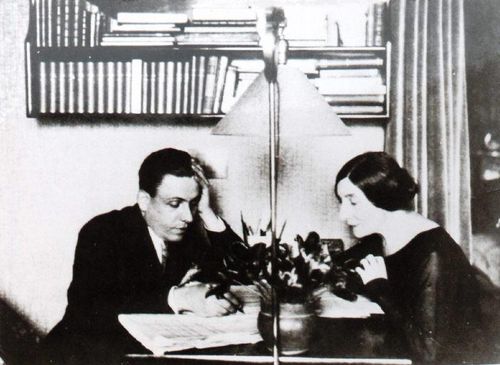 The programme will also include:

The programme features the first performance of Orphic fragments (based on verses by Apollinaire) by Christopher Scobie. Christopher writes:

“These three very short songs for choir are settings of three very short poems by the French surrealist poet and writer Guillaume Apollinaire (1880-1918). Presenting texts from his collection Le Bestiaire, ou Cortège d’Orphée (a collection of animal tales in the spirit of earlier bestiaries), I have tried to capture the brief, epigrammatic nature of each, and given something of the character of: 1) the magical, slowly unfolding song of the Thracian tortoise, 2) the call-to-arms of the caterpillar-poets whose hard work will transform into beautiful butterflies, and 3) the brilliant coat of the Tibetan goat.”

The songs by Poulenc included in the programme are also settings of poems by Apollinaire. The poems that Poulenc set in his song cycle Le Bestiaire are: Le dromadaire;  La chèvre du Tibet;  La sauterelle; Le dauphin; L’écrevisse; La carpe. The words of Hôtel and Voyage à Paris from Banalités are also by Apollinaire.

It is interesting to note that that there are both Polish and Russian connections in Apollinaire’s family history. He was born Wilhelm Albert Włodzimierz Apolinary Kostrowicki in Rome, a Russian subject whose mother was a Polish noblewoman from what is now Belarus. He adopted the name Apollinaire after later emigrating to France.