Day of Montenegrin Culture: a celebration of the 200th anniversary of Njegoš’s birth

a poet and Prince-Bishop of Montenegro 1830-1851, is the date of a new festival in Montenegro. From this year every November Montenegro will celebrate her national poet, spiritual leader and reformer who brought his country culturally closer to Europe. Njegoš, who was a literary genius, is credited as the author of the most significant and influential work ever created in Montenegro.

Njegoš’s most celebrated works, inspired by national folk ballads, are the epic poems Gorski vijenac (‘The Mountain Wreath’) and Luča mikrokozma (‘The Ray of the Microcosm’). The former (1847) tells in narrative style of the long national struggle for freedom, while the latter (1845), an epic poem complex in thought, is occupied with more general problems of the origins and destiny of humankind.

Njegoš’s Montenegro was first introduced to the British public in articles published in Blackwood's Edinburgh Magazine: “Few nations of Europe have been less known than the Montenegrians, and the name even of their country is seldom found on maps” argued one writer, while another stated: “The Montenegrini alone of Europe follow the political model of modern Rome. Their political head is their ecclesiastical superior”. 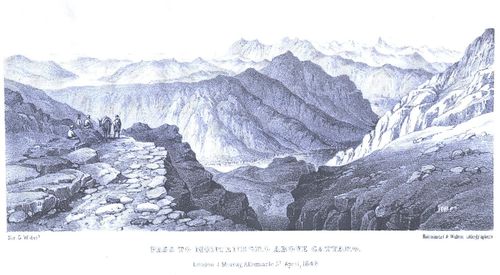 Sir John Gardner Wilkinson (1797–1875), an Egyptologist, and Andrew Archibald Paton (1811-1874), a writer and diplomat, gave the most interesting accounts of the people of Montenegro, their customs, everyday life, government, history and the  contemporary state of the country.  For example, Wilkinson, who visited Montenegro in 1844, provided information about the origin of the name: “The name of Montenegro (Properly Montenero, but in the Venetian dialect Montenegro and the people are called Montenegrini), or the ‘black mountain,’ is supposed to be taken from the dark appearance of its wooded hills, which in former times were more thickly clothed with trees and bushes than at present.” Wilkinson took a close look at the attitudes and character of the people he visited: “The poverty of the Montenegrins is certainly a great bar to their civilisation; but notwithstanding this, they are neither mercenary, nor selfish; and while I was travelling in the interior of the country, poor people often ran out of their cottages to give me fruit, or whatever they had; and when on one occasion I offered them money, their reply was, ‘this is to welcome you; we are at home, you are a stranger; and had we known you would offer to pay us, we would not have brought it.’” 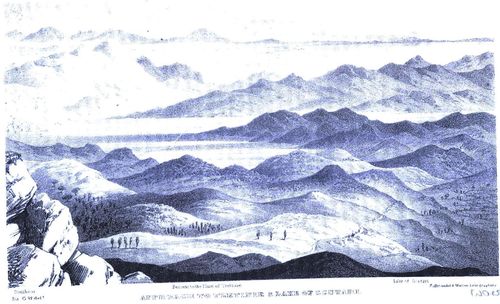 “Approach to Tzetinie & Lake of Scutari”  from Wilkinson, Dalmatia and Montenegro

These were the first books by Njegoš to arrive in the Library, but our collection of works by or about him began to grow a century later, especially from the 1970s, to over 150 works held at present. The collection includes critical editions, reprints, facsimiles, new and special editions, translations, bibliophile and jubilee editions, studies, bibliographies and conference proceedings, fiction and art and other works.