Under the spell of the Tatras

When preparing for my autumn trekking in the High Tatras, a mountain range that stretches between Poland and Slovakia, I came across the name of the English traveller Robert Townson  (1762 – 1827), who was also a scholar and scientist. He was one of the first foreign visitors to that region. His book Travels in Hungary, with a short account of Vienna in the year 1793 London, 1797; British Library shelfmark 982.i.6) includes a chapter on the Tatra Mountains, entitled ‘Excursions in the Alps’.

The Tatras cover an area of 785 square kilometres. In comparison with the massive Alps in Western Europe the Tatras are a tiny range called by the French “pocket mountains”.  Nevertheless, the Tatras, which are part of the long Carpathian chain, are the highest mountains in Central Europe.  Undoubtedly, Townson called the Tatras ‘Alps’ because of their alpine character with rocky peaks, grazing pastures, rushing streams and splashing waterfalls. Townson explored the Tatras’ flora and fauna, and was also the first to take height measurements of some of their mountains using the barometric method. 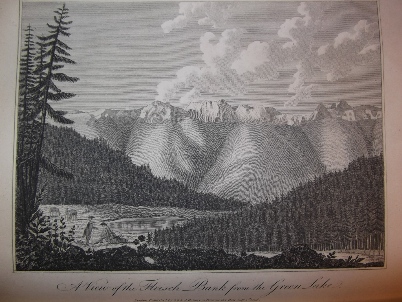 A view in the Tatras from Townson’s Travels in Hungary

The area, inhabited for centuries by the Slavs, Germans and Hungarians, produced a distinctive culture known as the Góral, meaning highlanders. This culture has survived to the present day due to the area’s geographic isolation. Until the end of the 19th century the only means of transport on the Polish side was horse-drawn carts. It took two days to travel a distance of 105 km from Kraków to Zakopane. The Tatras were discovered for their beauty as early as the 16th century but only in the second half of the 19th century was  the region developed as a popular tourist destination. 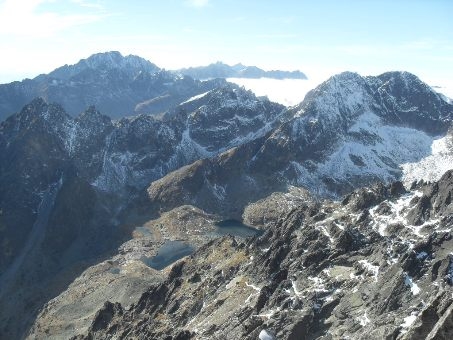 Panoramic view of the Tatras from Lomnicky Štit (©Magda Szkuta)

Due to the remoteness of the Tatra region there was no designated border between Poland and the Kingdom of Hungary until the late 18th century (Slovakia had been part of the Hungarian domain since the 9th century), so the mountains were a no man’s land. The Polish Kingdom was partitioned by its neighbours Russia, Prussia and Austria in the course of three decades, and finally lost its independence in 1795. The Polish side of the Tatras fell to the Austrian partition.

In 1867 the Austro-Hungarian Empire was established and the mountains became an agreed border between the two states of the monarchy; however, the border itself was not demarcated.  Before long this led to territorial disputes. Over the centuries the lands around the Tatras belonged to Hungarian and Polish settlers. In 1889 Count Władysław Zamoyski  purchased  Zakopane and the surrounding areas. This was the source of conflict over the ownership of those lands that culminated in the International Arbitration Court in Graz. Subsequently in 1902 the Court demarcated the Austro-Hungarian border which after the First World War became the border between Poland and Czechoslovakia. 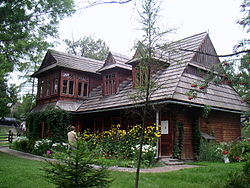 The breathtaking scenery, clean air and unique culture of the Tatras attracted numerous visitors to the area from all three partitions of Poland. Zakopane became an intellectual and cultural centre at the beginning of the 20th century and since then has been a magnet for many artists, writers and musicians. Stanisław Witkiewicz, writer, painter and architect, created the Zakopane style in architecture that shaped the distinctive character of the previously small village. Karol Szymanowski, one of the greatest Polish composers of the 20th century, lived in Zakopane, and his music was influenced by the folk music of the Tatra highlanders (picture above left from Wikimedia Commons : Karol Szymanowski's  museum  in Villa Atma).