Olha Kobylianska (1863-1942), whose 150th birthday we mark today, is one of the most outstanding modernist writers in the history of Ukrainian literature. Her achievements are even more remarkable when we consider that she was born into a family of mixed origin (a Ukrainian father and a Polish-German mother) in a remote part of the Austro-Hungarian Empire and that her education and growing into adulthood happened to be in a mainly German-language intellectual environment. It is not surprising that she started her literary career with German-language novellas in the 1880s. 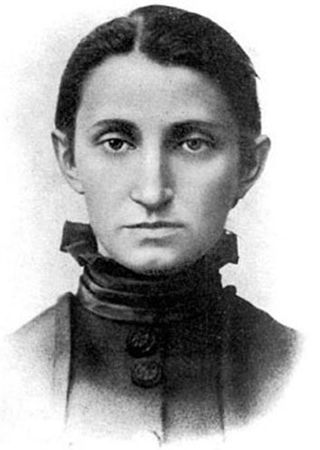 A meeting with the prominent Ukrainian feminist activists Sofia Okunevska-Morachevska (her relative, the first woman doctor in the Austro-Hungarian empire and first Ukrainian woman to graduate from university) and Nataliia Kobrynska  in the 1890s changed the direction of her life. She joined the Association of Ruthenian Women in Bukovina  and chose to write in Ukrainian. Why? Dr Rory Finnin, Head of Ukrainian Studies at Cambridge University, asks the same question in his brilliant article ‘The Rebels and risk-takers’ . His answer is as follows: “Theories abound… These theories tend to frame Kobylianska’s choice as first and foremost political or pragmatic. They often fail to consider a simpler possibility: that the choice was above all an artistic and even serendipitous one”. “For Kobylianska, art was truly everything”, Rory Finnin continues. He analyses Kobylianska’s famous novella Valse Mélancolique (published in 1898)  which describes three independent- minded women living together and concludes how far ahead she was in her views of women’s’ emancipation:  “Bear in mind that Valse Mélancolique predates Virginia Woolf’s A Room of One’s Own by over thirty years”.

The British Library holds many early editions of Olha Kobylianska’s works, from a short story Pryroda (Nature; shelfmark YA.1988.a.4968), published in Chernivtsi in 1897 to the most recent edition of her German-language short stories under the title Valse Mélancolique (Czernowitz, 2013; YF.2013.a.18780). Amongst the gems of the Ukrainian Collection is a rare edition of the almanac Za krasoiu (For beauty) published  by Ostap Lutsky, a prominent Modernist poet. 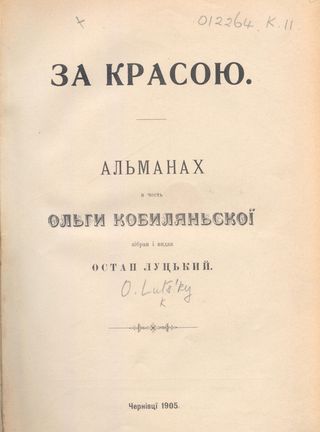 The lovely Bukovinian city of Chernivtsi  became her home. She moved there in 1891, and died there during the Second World War. The local Music and Drama Theatre bears her name, and there is a Literary Museum dedicated to her. A monument to Olha Kobylianska erected in 1980 stands in front of the theatre.

Amongst our most recent acquisitions I would like to mention an anthology of Ukrainian women’s writing Z nepokrytoiu holovoiu (With an uncovered head) (Kyiv, 2013). Unsurprisingly it starts with two works by Olha Kobylianska: an extract from Valse Mélancolique and a short story Arystokratka (Aristocrat). Quite significantly, they are followed by two short stories by her closest friend and true sister in spirit Lesya Ukrainka. 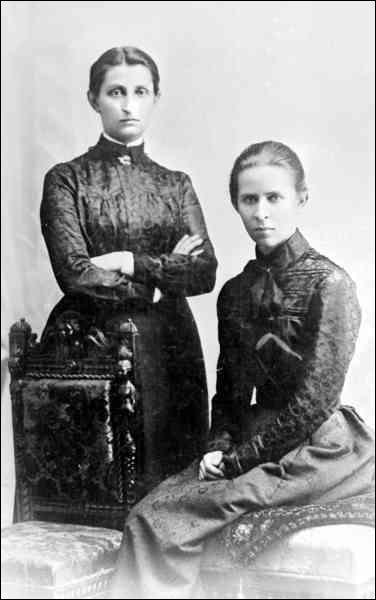 There is an entry about the life and work of Olha Kobylianska in A biographical dictionary of women's movements and feminisms, Central, Eastern, and South Eastern Europe, 19th and 20th centuries, ed. by Francisca de Haan, Krassimira Daskalova and Anna Loutfi (Budapest, 2006; HLR 305.42) But the discovery of this great ground-breaking Ukrainian “rebel and risk taker” in English-speaking world is still ahead.