A library of Macedonian literature in the British Library

The project aimed to present the best of the nation’s literature in a comprehensive edition of literary texts and works seen in Macedonia as the national literary pantheon. The Ohrid literary school of St Clement was taken as a starting-point for this ambitious overview of Macedonian literacy and literature. The edition thus covers 1100 years of Old Slavonic literacy and therefore covers the Macedonian language and literary tradition to the present day.

Around 80 scholars, writers and critics, members of the Macedonian Academy, which was a partner in the project, and other specialists took part as compilers, editors and preface authors for each volume published in the edition. The first seven volumes of the edition are dedicated to the Macedonian Slavonic literary heritage from the 10th century until after the Second World War,  the creation of the Macedonian literary language and the beginnings of contemporary Macedonian literature. The founders (основоположниците) of modern Macedonian literature take a central place in this edition, including the prominent writers Kočo Racin, Kole Nedelkovski, Venko Markovski, Slavko Janevski, Blaže Koneski, Kole Čašule, and Aco Šopov. 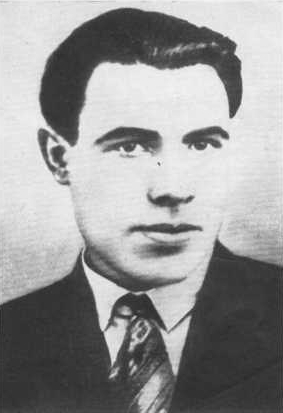 Seven generations of Macedonian writers are represented in the edition, from the first-born in the 1920s to the youngest generation born in the 1980s. Around 100 writers are represented by their selected works published in separate volumes, and around 200 writers are presented in critical anthologies in the remaining volumes. All literary genres, poetry, prose and essays,  plays, literary history and criticism and children’s literature are represented. The edition is trilingual; 80 per cent of it is in Macedonian and 20 per cent is in Albanian and Turkish. Works by ethnic minorities within Macedonia and works by writers from Macedonia who wrote or published in other languages –  mainly  Bulgarian, Serbian and English (дводомни писатели) – are included in the edition. The volumes are numbered from 1 to 131 and volume five was intentionally omitted from the series. This omission is to symbolise anyone who is not remembered here and writers who are yet to come. 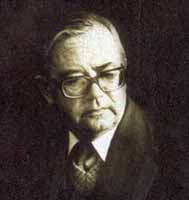 This edition of Macedonian literature has multiple significance. On the one hand it examines and promotes nationally and internationally the achievements of Macedonian language and literature, and on the other hand it celebrates the Macedonian cultural identity developed over the decades after the Second World War. The edition is not only a national literary encyclopaedia; it is also a record of the Macedonian past and tells the story of the long journey of the Macedonian people towards a national state in the Balkans. This edition reflects the development of the national tradition, culture and consciousness and their expression by means of language and literature. In 2011 the edition was published in English translation, the work of 80 Macedonian translators and 25 English language editors, coordinated and published by the National and University Library of Macedonia.

The British Library was extremely fortunate and privileged to acquire by donation a copy of the English edition, promoted in this country at a University College London event in 2012. Each volume in the series is catalogued separately in continuous order at the shelfmarks YD.2012.a.6791 to YD.2012.a.6916. In 2013 the library received by donation a set of the 2008 original edition (shelfmark range from YF.2013.a.24215 to YF.2013.a.24342). Both donations are valuable and highly appreciated additions to our Macedonian collections. They introduce a whole national literature to non-Macedonian readers and users of the library. The newly-acquired resources, supplied with bibliographical sources and references, serve as a useful guide to the Macedonian collections in the Library.

It seems highly appropriate to acknowledge and put on record these wonderful donations which form an integral and significant part in the development of the Library’s collections over the years.