BBC Ukrainian Book of the Year 2013

“And the winners are: Yaroslav Melnyk and Maryana and Taras Prokhasko!” On Friday 13 December BBC Ukrainian announced the winners of its Book of the Year 2013 awards at the Conference Hall of Hotel Vozdvyzhensky in Kyiv. 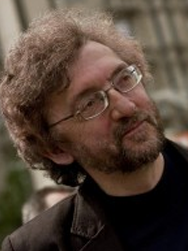 The BBC Ukrainian Book of the Year award was established in 2005. Many prominent Ukrainian writers have been winners: Jury Vynnychuk in 2012 for his Tango smerti (‘Tango of Death’ ) , Volodymyr Rutkivsky in 2011 for his historical novel Syni vody (‘Blue Waters’),  Serhiy Zhadan in 2010 for Voroshylovgrad – to name just a few. All these books are available for our readers in the original in our Ukrainian collections. Hopefully English translations will follow, thanks to the publishing house Glagoslav and other publishers offering translations of literature from Central-Eastern Europe.

In 2012 the nomination “Children’s Book of the Year” was added. Both awards are now presented in the partnership with the EBRD Cultural Programme. The lovely illustrated Khto zrobyt’ snih (‘Who will make the Snow’) by Maryana and Taras Prokhasko  won this year’s Children’s Book award. 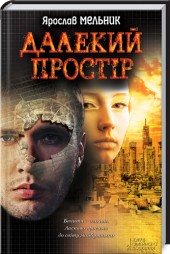 Yaroslav Melnyk’s novel Dalekyi prostir (‘The Remote Space’ or in another  translation ‘The Distant Space’ - cover of the book on the left, reproduced by kind permission of the author) was named the BBC Ukrainian Book of the Year 2013.  First it was in the Long list of 20 publications, then in the Short list of alongside Za chvert' desiata (‘Quarter to Ten’)  by Yuriy Makarov  and Frau Miuller ne nalashtovana platyty bil'she (‘Frau Muller Isn’t Disposed to Pay More’) by Natalka Sniadanko.

Artyom Liss, the Editor of BBC World Service Europe Hub, writes about the novel: "The winning novel by Yaroslav Melnyk is a dystopia which explores the issue of freedom. The novelist writes about the freedom to see - to escape the world of the blind - but also to escape the world of those who can see, and who rule the blind. These are themes found in literature around the world, and through its protagonist’s journey, this novel very effectively explores what freedom means and what is its price."

Yaroslav Melnyk  is the most cosmopolitan Ukrainian writer of the 21st century. Born in Ukraine in 1959 he graduated from the Lviv University and started his literary career as critic. He soon established himself as one of the best literary critics in Ukraine. The British Library holds his first book of literary portraits Syla vohniu i slova (‘The force of fire and word’ - Kyiv, 1991; shelfmark YA.1996.a.7452) as well as small book of deeply lyrical poetry Ridna (‘Kindred spirit’; Dubno, 1992 shelf mark YF.2013.a.6021) donated to the library during his visit to London at the invitation of the London Ukrainian Literary Club. 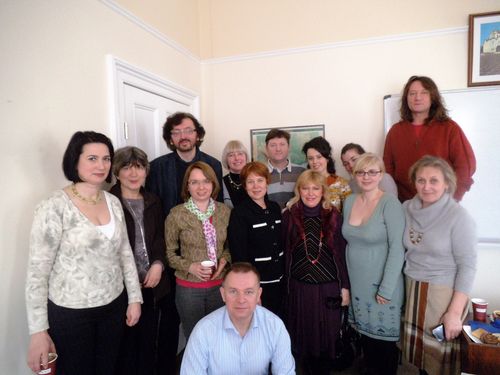 After studying in Moscow at the Maksim Gorki Institute of Literature Melnyk settled in Lithuania where he soon became a well-known writer and a member of the The Lithuanian Association for Writers. His works have been translated into French from Lithuanian (Les parias d'Éden in French translation was published in Paris in 1997 by Robert Laffont Publishers). The British Library holds a book of short stories in Lithuanian Labai keistas namas (‘Very Strange House’) published under the Lithuanian form of his name Jaroslavas Melnikas (Vilnius, 2008;YF.2009.a.7219). In 2012 Melnyk returned to writing in Ukrainian with his book of philosophical stories Telefonui meni, hovory zi mnoiu (‘Call me, talk to me’; Kharkiv, 2012;  YF.2012.a.25352).

You can find the fragments of an English translation of the Lithuanian version of The Distant Space by Diana Bartkute Barnard  and a synopsis of the novel  in the issue 34 of the  bi-monthly review of books and writing from around Europe Transcript,  published by Literature Across Frontiers.

Congratulations to the winners!