A Hundred Items of Joy 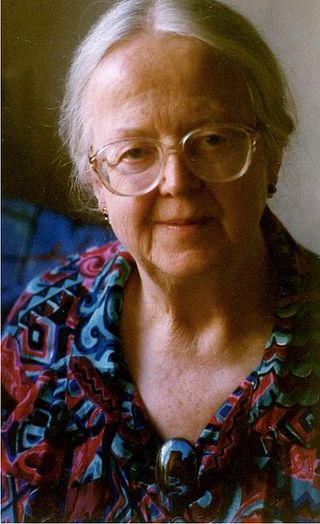 Marjorie Boulton in 1997 (Picture by Inga Johannson from Wikimedia Commons)

Yet Marjorie Boulton started out as a poet. Her first book was a collection of poems, Preliminaries (London, 1949; W28/9314, copy signed by the author). In the same year she discovered Esperanto and soon became one of the most accomplished poets in that language. She produced many books in Esperanto to the great delight of Esperanto speakers from Albania to Zimbabwe. It is no exaggeration to say that she is one the most loved and widely-read figures in the Esperanto movement. She is also very much praised by all cat-lovers for of her humorous poems and stories about these animals, such as Dekdu piedetoj (‘Twelve Little Paws’, [Stoke-on-Trent], 1964; YF.2008.a.36769).

With understandable trepidation we received a gift to the Esperanto Collections of more than 100 titles from Marjorie Boulton’s private library at the beginning of 2014. The donated books could be divided into three main categories: textbooks and dictionaries; poetry and fiction (original and translations); books for children. Some really rare items from the pioneer period of Esperanto movement will be added to our extensive collection, among them William Sol Benson’s Universala Esperantistigilo in 10 lessons (‘Universal method for making you an Esperantist’, Newark, 1925-1927, picture below by Rimma Lough) and Esperanta radikaro (‘Roots of Esperanto’, Paris, 1896) by the pioneer French Esperantist Théophile Cart, as well as Esperanta  Ŝlosilo (‘Key to Esperanto’) in Persian (Tabriz, 1930). 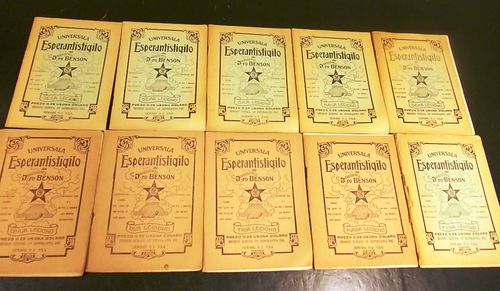 Marjorie Boulton collected dictionaries of Esperanto in various languages. Very valuable are terminological dictionaries, which show the persistence of generations of Esperantists in their desire to develop the language in all spheres of human activity. We received various terminological dictionaries; some of them are parts of the annual publication Jarlibro de la Internacia Esperanto-Ligo (‘Yearbook of the International Esperanto League’): Aeronautika terminaro (‘Aeronautical terminology’) for 1941; Filatela terminaro (Philatelic) for 1945; Kudra kaj trika terminaro (Sewing and knitting) for 1947. Even Armea terminaro  (‘Army terminology’, Rickmansworth, 1940) and Militista vortareto (‘Military dictionary’, Paris, 1955) found their way into Marjorie Boulton’s library.

Connoisseurs of original poetry and fiction in Esperanto will be delighted by the addition to our collections of the poetry collection Dekdu poetoj (‘Twelve poets’, Budapest, 1934) and by the availability in the very near future of original poetry in Esperanto written in many countries, such as, for example, the poetry collection Spektro (‘Spectrum’, Tirano, 1992) by an Albanian Esperanto poet, Enkela Xhamaj, or a short story by V. Zavyalov, published in Saratov (Russia) in 1915.

Bright, colourful books for children come from China. These were all published by Ĉina Esperanto-Eldonejo (Chinese Esperanto-Publishers) in the 1980s (picture below). In addition you will be able to read the famous adventures of Tintin in Esperanto: La Aventuroj de Tinĉjo. La Nigra insulo (Esperantix, 1987). 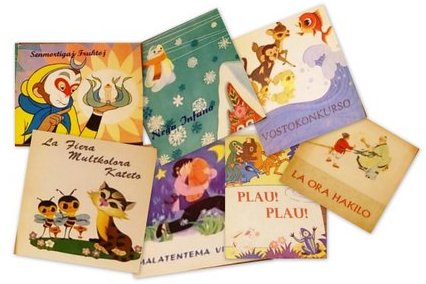 The donation (a tiny part of the Dr Boulton’s large private library) provides a small glimpse into her life as a fervent collector of books. It would  be appropriate to finish my blog about this valuable acquisition by quoting fragments of Marjorie Boulton’s own poem Riĉeco (‘Richness,’ translated by D. B. Gregor) in which she marvels at the variety of human experiences and richness of every human being:

To understand another life, we’d need
To live again at least a second span,
And even then our knowledge but deludes.
If only we could know, could know indeed!
Our puny knowledge does not more than scan
The richness of mankind’s vicissitudes.

A hundred thanks for a hundred delightful items!

Thanks for an uplifting read! Somewhere in my garage I've got a copy of "Dekdu piedetoj" signed with the pawprints of several of Dr. Boulton's cats and inscribed to my then cat, Marjorie. I hope I can locate it before I die! ;-)