Libraries can change your life: the peregrinations of Ludvig Holberg

There is no surer way to arouse controversy in theatrical circles than to adapt a well-loved work of literature for another medium, as the heated response of Tolstoy, for example, to Tchaikovsky’s Eugene Onegin indicates. The uproar which greeted a similar endeavour in Denmark in the early 20th century is perhaps less well known in British circles. However, when it was revealed in 1906 that Vilhelm Andersen, a literary historian, was working with the composer Carl Nielsen on an opera based on Ludvig Holberg’s comedy Mascarade, the project was regarded by many as sacrilege.

Holberg (3 December 1684-28 January 1754) is one of the foremost figures in the history of Scandinavian literature, and, as the creator of the classic character comedy, might be termed the Molière of the Danish theatre. Several of his comedies remain in the Danish standard repertoire, including Mascarade, his contribution to a debate on public masquerades in the newly-built playhouse in Copenhagen’s Grønnegade, which opened in 1721 under his directorship. 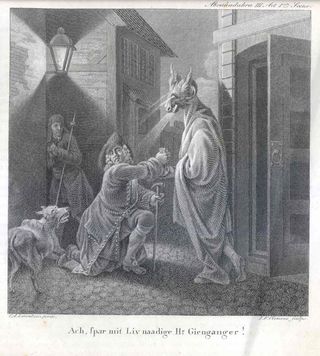 A scene from Abracadabra, one of Holberg’s many comedies. Image from Holbergs Gallerie. Förste Hefte (Copenhagen, 1828). British Library 1601/650.

Holberg was not, however, only a playwright, though the humour of many of his plays, such as Kjærlighed uden Strømper (‘Love without Stockings’) and Jeppe paa Bjerget(‘Jeppe of the Hill’) still retains its freshness and vigour. Born in Bergen, Norway, he was orphaned by the age of eleven and, after studying in Copenhagen, earned his living as a private tutor and by giving lessons on the flute and violin during his travels which, in 1706, took him to London and Oxford.

His visits to Oxford University’s libraries inspired him to become an author, and in 1711 he published his first work, Introduction til de Europœiske Rigers Historier (‘Introduction to the history of the nations of Europe’), of which the British Library possesses a copy of the expanded 1757 edition (shelfmark 1308.a.7).

Funded by a grant from King Frederick IV, he travelled throughout Europe (1714-16), but the title of Professor which accompanied the award did not guarantee him an income, and it was only in 1718, after years of poverty, that he was appointed Professor of Metaphysics and subsequently of Public Oratory at the University of Copenhagen. He had previously written only on law, philology and history, but in 1719 he published his heroic-comic poem Peder Paars, widely regarded as the first classic of Danish literature (the British Library holds the 1772 edition at 85.g.11).

Until the 1720s French and German had been the only languages in which plays were performed in Denmark, but in 1722 a Danish translation of Molière’s L’Avare was staged at the new theatre, rapidly followed by a series of original comedies by Holberg himself – concluding, alas, with a ‘funeral of Danish comedy’ which he composed for the final performance before the theatre closed in 1727 as a result of financial problems.  The great fire of 1728 put an end to his hopes of seeing any of his later plays performed in Copenhagen, and he returned to prose works, including the satirical fantasy Nicolai Klimii iter subterraneum (‘The underground journey of Niels Klim’). 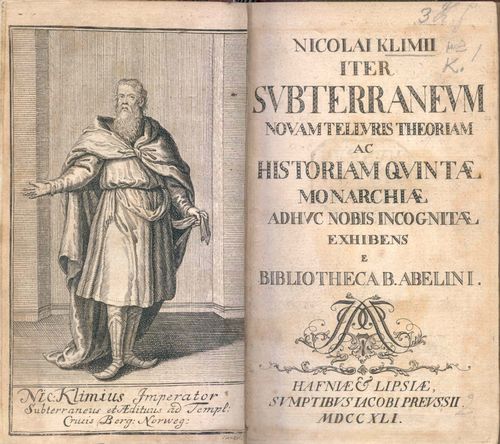 Nielsen’s Mascarade is now famous as Denmark’s national opera, which would have delighted Holberg, a strong believer in the potential of comedy as a means of spreading Enlightenment ideas about equality in the language of the people: ‘as long as the masquerade lasts, the servant is as good as his master’.