Alsace-Lorraine and Anglophilia: the obsessions of Paul Déroulède

On 3 February 1914 Paris witnessed the greatest funeral procession to pass through its streets since the cortège of Victor Hugo in 1885. On this occasion, too, a poet, dramatist  and political exile was being carried to his grave, but one who was not only a controversial political figure but had a distinguished military career.

Paul Déroulède (1846-1914) had already seen his first play Juan Strenner (Paris, 1869; 11739.cc.17.(3.)) performed at the Théâtre Français in 1869 before joining up as a private to fight in the Franco-Prussian war. Wounded at the battle of Sedan, he escaped from imprisonment in Breslau (Wrocław) to rejoin the army and fight against the Paris Commune (1871)  before being promoted to lieutenant. When an accident put an end to his military activities, he concentrated on literature, and achieved considerable popularity with his collections of patriotic poems Chants du soldat (Paris, 1872; 011483.e.42) and Nouveaux chants de soldat  (Paris, 1875;  11482.aa.2). 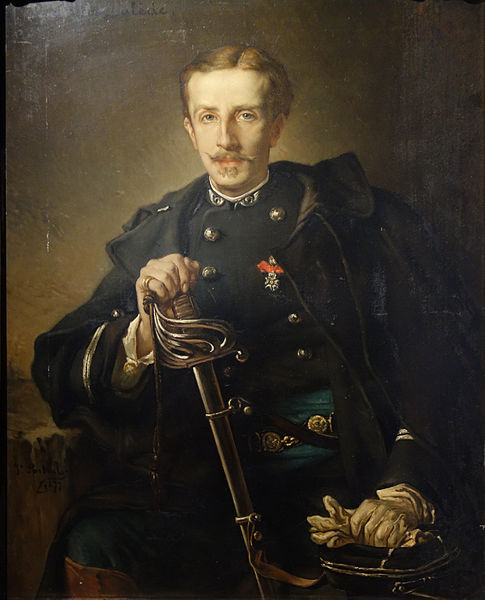 His experiences in the war heightened the sense of bitterness which he experienced at the loss of Alsace and Lorraine to the newly-established German empire, and he became a familiar figure at the annual commemorations of those who had fallen in the conflict. Together with the historian Henri Martin and Félix Faure, who later became President of France, he founded the Ligue des patriotes in 1882 to avenge the loss of the provinces. It rapidly gained a considerable membership, and in 1885 he became its president.

In the political sphere, though, he was less successful; after finally being elected in 1889 to the Chambre des députés as the member for Angoulême, he proved so noisy and disruptive during debates that he was expelled the following year, and not reinstated until 1898. In the meantime he had been equally vocal in his attacks on Dreyfus. Finally, after failing to persuade General Roget to advance on the presidential palace in 1899, he insisted on being arrested for treason, and was finally sentenced to ten years’ exile from France for conspiracy against the Republic. He retreated to San Sebastián in the Basque country, but was enabled to return by an amnesty decreed in 1905.

One of the most colourful episodes in his career, which inspired a famous painting by Henri Meyer, was a duel to which he challenged the future president Georges Clemenceau in 1892 over the latter’s implication in the scandal resulting from the collapse in 1889 of the Panama Canal Company because of corruption and mismanagement. Neither was wounded, but this reinforced Déroulède’s reputation as an extreme nationalist and opponent of the Third Republic.

Pragmatically as ideologically Déroulède was a notable Anglophile, though his own experiences when seeking election had convinced him that the British parliamentary system was not appropriate for France. However, he saw Britain as an indispensable ally against Germany, and saw the acquisition of French colonies as a poor substitute for the loss of Alsace-Lorraine, especially as he regarded colonialism as a likely source of conflict with the British Empire. 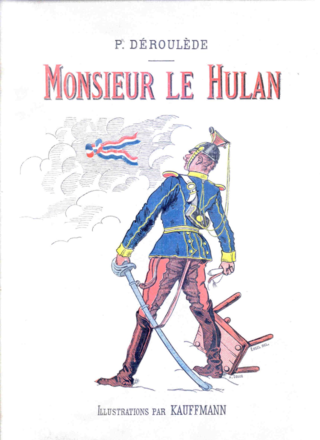 It is tantalizing to speculate on the reasons for Baroness Orczy's  choice of the name Paul Déroulède for the hero of her novel I Will Repay (London, 1906; 012633.a.31). Yet it is hard to imagine that, as a convinced Anglophile who, like his fictional namesake, had demanded to be arrested for treason, he would not have been delighted and flattered by this coincidence.