The Battle of the Floods

The media reports on the recent floods in England regularly mention how the Netherlands deals with floods. That’s not surprising, considering the Low Countries’ long history of struggling to keep their feet dry. The Netherlands are in effect a river delta where three big rivers, the Rhine, Waal and Meuse converge to flow into the North Sea. 18% of the land is under sea level and around 50% sits at less than one metre above the sea. Floods have always been a fact of life for the inhabitants, with floods like the St Elizabeth Flood  in the 15th century creating whole new landscapes – or should that be waterscapes?

It wasn’t only the sea that threatened the country; lakes and rivers flooded equally regularly. Take the Haarlemmermeer for example. This huge inland lake just south of Amsterdam was nicknamed the Waterwolf, for its ferocious appetite for land. As early as the 17th century engineers thought up plans to drain it, but it wasn’t until the mid-19th century that the Waterwolf was finally tamed. It is now the location of Schiphol airport, as well as towns, fields and roads. 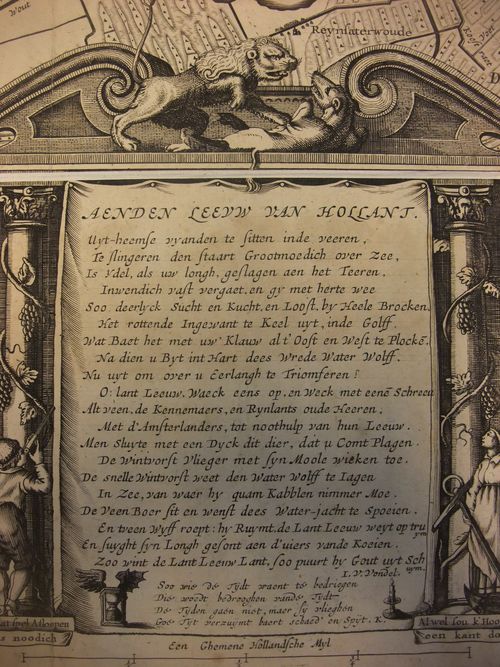 The last major flood the Netherlands experienced occurred twenty years ago, when meltwater from the Alps came rushing down the canalised rivers and the Meuse burst its banks, flooding towns, farms and industrial estates in Limburg and South-Holland. Almost 250,000 people had to be evacuated.

The extent of these floods revealed the lack of maintenance of the dykes and other defences against the rivers at the time. Most resources had gone into the sea defences, especially after the flood disaster of 1 February 1953, the biggest natural disaster the Netherlands had seen since the Middle Ages. Circumstances then resembled those along the British coast this year: a violent South-Westerly storm combined with high spring tides caused a surge in sea levels no one had expected and huge waves crashed into the coastal defences. Dykes were breached in numerous places and the low lying houses and farms were flooded in hours, sometimes minutes.

The pictures shown below are from The Battle of the Floods: Holland in February 1953 (Amsterdam, 1953; 09406.l.4), an English edition of De Ramp, which was published soon after the disaster in aid of the flood victims. All authors and photographers contributed to the book for free and the publisher, the Dutch Booksellers’ Association (KVB) kindly gave permission to reproduce the images here free of charge.

The most interesting feature of this book is without doubt the fold-out map (below), showing the extent of the floods, the places were the dikes broke, and the number of casualties. It really brings home the magnitude of this disaster. 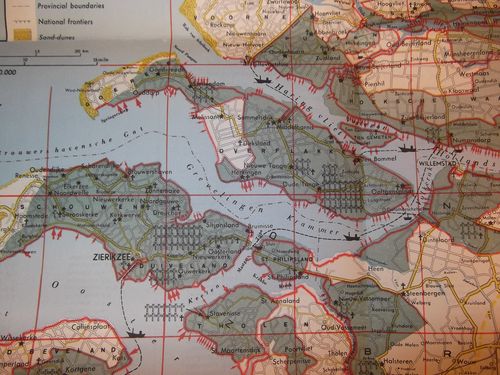 The photos not only show the damage done to land, houses and livestock (nearly 50,000 were lost), but also the relief effort and the support that came from all over Europe, including Britain. At the time of publication not all facts had been firmly established and had to be adjusted later on, up to 2003, when it was discovered that a newborn baby had drowned. 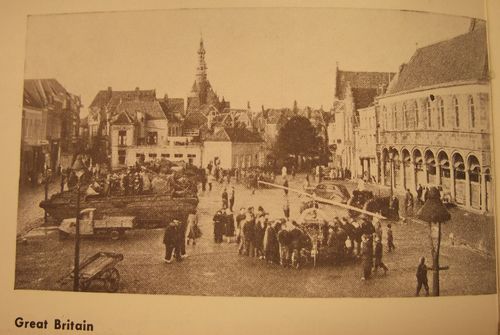 Flood relief from Great Britain (from The Battle of the Floods)

The latest information (in English) can be obtained from the Flood Museum’s website. Overall 1,835 people lost their lives, 200,000 hectares of land were flooded, more than 3,000 properties were completely destroyed and 43,000 damaged. The total cost of the damage came to over 1.5 billion guilders.

The events of February 1953 resulted in the 35- year long project known as the ‘Deltaworks’, which not only built dams and dykes around most of Zeeland, but de facto overhauled the whole infrastructure of the islands. Land was redistributed with new roads as boundaries, to make agriculture more efficient. Waterways were cleaned up to reduce the amount of brackish water, thus creating natural wetlands.

The initial decision to close off the Oosterschelde completely was changed in favour of a shutter dam, which could be closed when necessary. This allowed the tides to come in and out and thus saved the mussel banks that are so vital for the local economy. Due to the unprecedented scope and scale of the project new technologies and machineries had to be developed that have subsequently been used all over the world. Somerset got their pumps from the Netherlands for a reason! 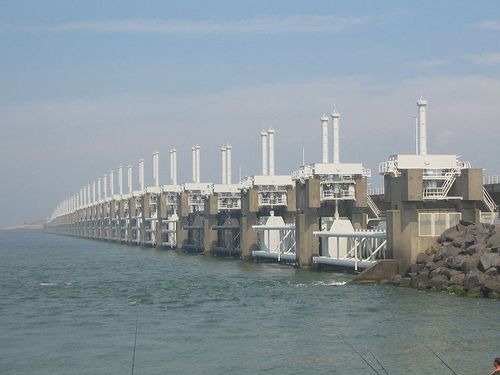