*This blog post was updated following the discovery that the British Library holds a 1914 facsimile of the first edition of Shevchenko’s 'Kobzar' and not the original as previously thought. We are grateful to Luiza Ilnytska (Vasyl Stefanyk National Scientific Library of Ukraine) for her help in correctly identifying the facsimile. 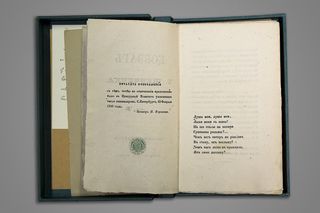 On February 25 (old style) the poet celebrated his 26th birthday. Of the 26 years of his life he had lived 24 as a serf, being the property of rich Russian landowner Pavel Engelhardt, and only two as a free man.  His liberation from serfdom came in 1838 due to the efforts of Russian and Ukrainian intellectuals in the imperial capital who spotted the young Shevchenko’s talent as a painter and decided to buy him out of serfdom by selling in a lottery a portrait of the Russian Romantic poet Vasily Zhukovsky  by the renowned classicist painter Karl Bryulov (portrait below from Wikimedia Commons). The portrait was sold for 2,500 roubles. 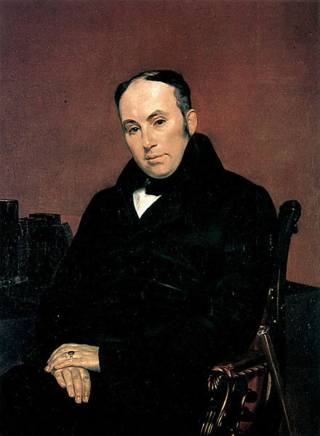 The small-format book, which duly appeared in 1840, although with censored passages, was entitled Kobzar. The title refers to blind Ukrainian musicians, often former Cossacks, who travelled throughout Ukraine singing epic poems and playing a stringed instrument called the kobza.  Shevchenko himself had often listened to kobza players in his childhood as they sang epic poems about the legendary past of Ukraine, about Cossacks who defended their homeland from its enemies, and about the heroic figures of the peasant rebels.

The first Kobzar consisted of only eight works, yet this small book changed the history of Ukrainian literature forever. Although the British Library does not hold a first edition (of which only around 1,000 were printed in St Petersburg in 1840), it holds a rare facsimile of the original, which was given to the Library by the Association of Ukrainians in Great Britain for safekeeping in 1951. The Library’s copy bears the personal library stamp of the book’s former owner, Adam Stankievič (1892-1949), a Belarusian Roman Catholic priest, historian, politician and publisher.

Published in L’viv in 1914 to mark the centenary of Shevchenko’s birth, the facsimile was produced by the Shevchenko Scientific Society in a print run of 3,000 copies. In early September, just a few months after the book was published, Eastern Galicia (of which L’viv – known in German as Lemberg – was the principal city) fell under the occupation of the Imperial Russian Army. Tsarist officials pursued a policy of Russification and the Shevchenko Scientific Society was banned and its buildings and printing presses were confiscated.

The 1914 facsimile is so similar in format, paper and print to the 1840 original that a number of museums and private collectors, including the British Library, have mistakenly considered it to be the first edition. As noted by the Shevchenko expert Maria Korniychuk in her 2010 article, the key differences can be found in the saturation and sharpness of the print (sharper and more saturated in the original), the paper (higher quality and trimmed in the original and lower grade with uneven, poorly trimmed edges in the facsimile), font (slightly elongated in the original), and typographic marks (the facsimile is missing a number of typographic marks including the figure ‘3’ on p. 53, an asterisk on p. 55 and the figure ‘4’ on p. 77).

A digitized version of the original 1840 edition (made from the copy from the Vernadsky National Library of Ukraine) is available from the World Digital Library. 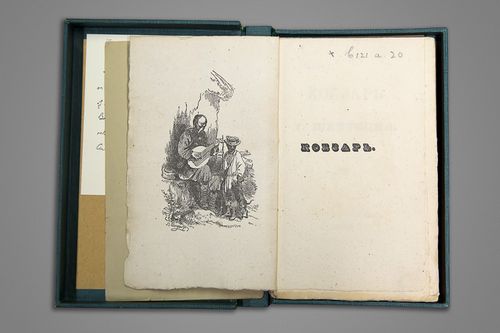 Engraving of a kobzar by Vasil Shternberg, a close friend of Shevchenko in the St Petersburg Academy of Arts. Frontispiece of Kobzar (L’viv, 1914) C.121.a.20.

Like all Romantic poets of the first half of the 19th century, especially those from stateless nations, the Ukrainian poet turned his attention to the glorious past and  painful loss of freedom. Two ballads about the Zaporozhian Cossacks  called  ‘Ivan Pidkova’ and  ‘Tarasova nich’ (The Night of Taras) tell the stories of brave Cossack endeavours.  A shorter poem, ‘Perebendya’  tells the story of an itinerant kobzar. Sad thoughts about the fate of the subjugated Ukrainian people pervade the poem  ‘Dumy moi, dumy moi...’ (‘O my thoughts, my heartfelt thoughts’) which opens the book.  Another poem, Do Osnovianenka (‘To Osnovyanenko’), is dedicated to the Ukrainian writer Hryhory Kvitka-Osnovyanenko, and laments the destruction of the semi-autonomous Cossack state of Zaporozhian Sich  by the Russian empress Catherine II in 1775 and the enslavement which followed.

Like that of other prominent Slavonic Romantic poets, as well as poets of  the Celtic nations, the poetry of Shevchenko is deeply rooted in folklore and oral history passed from generation to generation. Ukrainian folklore, especially its historical epic poetry called dumy, is extremely rich and was fervently collected by 19th-century folklorists. In turn, many of Shevchenko’s poems became part of Ukrainian folklore and were known by heart by numberless Ukrainian peasants in the 19th century and beyond.

A deep empathy with the fate of peasant women characterizes Shevchenko’s poetry and ranks among the most powerful descriptions of their fate in world literature. The first Kobzar has two long ballads about their fate: tragic love for a young Cossack who never came back from battle in Topolia (‘Poplar-tree’), and the story of a suicide in Kateryna. One shorter poem – a young orphan girl’s lament about her fate – is called Dumka (‘Ballad’) and starts with a question, ‘Nashcho meni chorni brovy?’ (‘What good are my dark brows to me’). Black brows and brown (hazel) eyes were traditionally attributes of beauty in Ukrainian folklore, but even they can’t improve the fate of the poor orphan girl: ‘There is no one who will ask me / Why my eyes are weeping. / There is no one who can tell me / What my heart is seeking’ (translation by Vera Rich).

The tragic fate of the beautiful peasant girl Kateryna, seduced by a Russian officer, then abandoned  with a child and thrown out by her own parents who are ashamed of her, is known in all corners of Ukraine. Generations of Ukrainian women shed tears over her fate, repeating after Shevchenko: ‘Kateryna, my poor darling / Woe has struck you, surely! / Where, with your orphan, in this world / Is there a place for you?’ (translation by Vera Rich). Shevchenko wrote ‘Kateryna’ in 1838 and dedicated it to Vasily Zhukovsky, ‘In memory of 22 April 1838’ (the date Shevchenko received his certificate of freedom from serfdom). Being a painter as well as a poet, Shevchenko also painted Kateryna in 1842 (painting below from Wikimedia Commons) During his short life Shevchenko published two fuller editions of Kobzar: one in 1844 and another in 1860 (11585.d.43.). The latter edition has been digitised as part of the British Library Google Books digitisation project. This book achieved a very special place in the cultural heritage of the Ukrainian people, and Shevchenko himself is known as ‘Kobzar’.

Two English-language translations of fuller versions of Kobzar were published in 2013 to mark the 200th anniversary of Shevchenko’s birth in 2014: one by Glagoslav Publishers, translated by Peter Fedynsky, and another by Mystetstvo (Art) publishers in Kyiv, translated by Vera Rich (YF.2014.b.264). It is to be hoped that these translations will catch the eyes of reviewers and readers in the English-speaking world. The history of Romanticism in Europe is incomplete without Shevchenko’s poetry.