Charles Meyer, Bookbinder to Queen Charlotte and the Princesses

Charles Meyer, (also known as Johan Charles Frederick Meyer), was one of a select and influential group of German binders who emigrated to England towards the end of the 18th century. English book collectors (sometimes called ‘bibliomaniacs’ by contemporaries) were prosperous and could afford to have their large book collections bound or rebound with no expense spared. The royal court set them an example, for monarchs were expected to keep libraries, whether they were ‘bookish’ or not. Fortunately, George III was interested in bookbinding for its own sake, and established a workshop in Buckingham House, so there was a flourishing market for good practitioners.

The German binders, who were better educated than their English counterparts, soon cornered the ‘West End’ or luxury side of the market located near the London houses of the book-buying aristocracy. One of those favoured was Andreas Linde, ‘Book seller and binder’ to Queen Caroline and her son Frederick, Prince of Wales, and after the latter’s death to Prince George (later George III). His workshop was in Catherine Street, off the Strand. Another prominent German craftsman was Charles Meyer, who arrived in England in 1797, and set up shop around the corner in St Martin’s Lane. He was later to become ‘Bookseller and binder to the Queen [Charlotte] and Princesses.’

The British Library’s Additional Manuscript 81080 consists of a letter written by Meyer in 1805 which gives an unusual insight into his character and business. Meyer tried to build up his business by donating two blank books to an unnamed newly formed institution as an example of his work, with the request that he be employed: “Should the Society not be already engaged with a Comisionair of Books both of foreign and English Litteratures or a Binder, I then would solicit the favour of Your Honored Sir, to propose me.” The tone is quite pressing but polite and humble. Meyer refers to his “thankfull Heart” and “gratitude for the ceind encouragement I have received from so many distinguished Persons since I have been in this Country.” 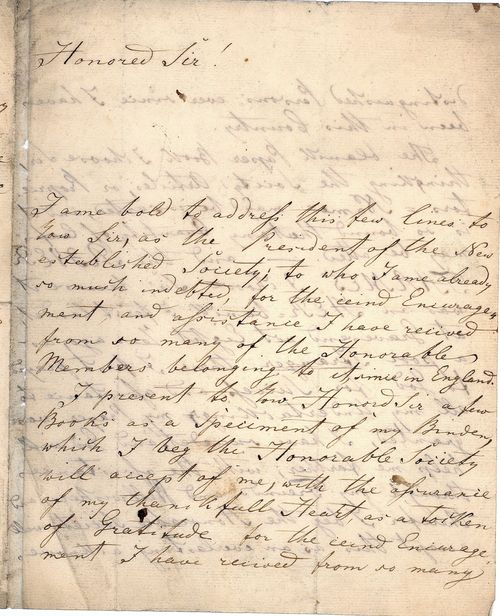 Meyer’s book-collecting patrons were certainly distinguished. They included Thomas Grenville, Alexander Douglas, 10th Duke of Hamilton, Charles Townley and Francis Henry Egerton, 8th Earl of Bridgewater, but it was his connection to the royal family which marked the height of his success.

Bindings historian Charles Ramsden described Meyer’s cover on Princess Elizabeth’s book of prints Cupid Turned Volunteer (London, 1804; BL 83.k.15), as “a lovely specimen... with blue morocco spine and surround, blue silk sides, paper appliques and yellow silk doublures”. His tooling has been described as “heavy, compact and with a deep relief” which is keeping with the German tradition, but in this work, it is his strong sense of design which is paramount. The book was added to the library of George III, and perhaps it was this example of his craftsmanship which won him his royal warrant. 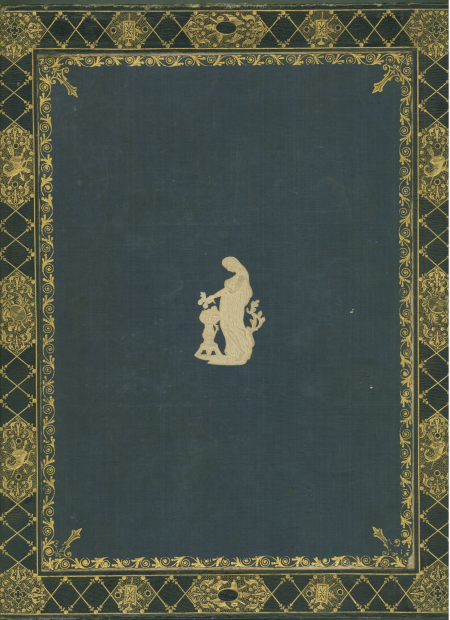 Meyer appears to have integrated well in his new environment. By the time of his death in 1809 he was living with his common-law wife Elizabeth East in the newly-developed Michael’s Grove in Brompton. His fellow binder and friend, William Clifton (who witnessed his will), lived in the next street, Yeoman’s Row.