On translations and laughter

In a double guest post for European Literature Night, Belgian author Dimitri Verhulst reflects on having his work translated, and translator David Colmer considers the role of humour in translating Verhulst’s work.

On Translations and Foreign Countries

When it comes to translations I can hardly complain: ever since the Germans bought the translation rights to my Problemski Hotel in 2003, every book of mine to appear has been followed by a translation. The tally is up to almost 30 languages. As I’m a Dutch-speaking Belgian author, I have been welcomed abroad more than once as a Dutchman, sometimes as a Fleming, sometimes as a Belgian, which amuses me. I’m a Belgian writer who lives in Sweden and is published in Amsterdam with Dutch as my magnificent raw material, but I don’t need a passport. My nationality is literature: I might not have been born there, but it is definitely where I will die. And if literature transcends anything, it’s borders. 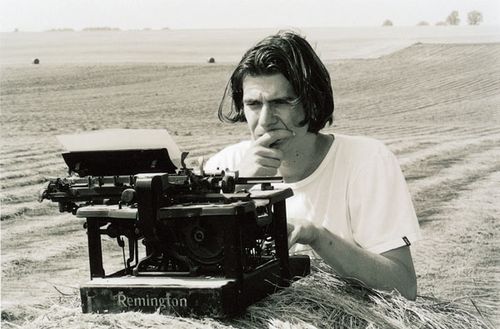 I’m not going to feign modesty. Of course it would be fabulous if my work was automatically stocked by the airport bookshops of say, Stockholm and New York. A large number of translations is not the same as international recognition. Many times I have been translated and published abroad out of love, by publishers who realised that I probably wouldn’t earn them much money, but believed that my work should be made available. That’s fantastic and much more than I ever hoped for when posting off my first manuscript.

Compared to my other books, my novel Godverdomse dagen op een godverdomse bol (‘Shithouse Days on a Shithouse Planet’, Amsterdam, 2008; shelfmark YF.2011.a.10875), which I myself love, is relatively untranslated. Perhaps because it’s too literary. Or because it’s considered subversive. Or because it’s controversial to certain religions. Despite all that, it’s been translated into Farsi and smuggled into Iran by brave people who are passionate about literature. I can’t imagine anything more moving: people who still believe in books so deeply they are willing to risk prison or worse for them. The discrepancy with cultures that virtually ignore translations is enormous. But complaining? No, I don’t do that. I don’t have the right. I know that here and there on this Earth the reading lamps still burn brightly. And I kiss both my hands and my feet – if my stomach muscles cooperate – for having been translated more often than some of my literary idols.
As long as there are cultures that continue to believe in literature as a universal language, there will be translations. And as for those who are content to stick to their own increasingly folkloristic national letters, I can only wish them a good massage, seeing as extended navel-gazing gives you terrible neck-ache.

I know that laughter in the workplace is not always a good thing. Especially if you’re self-employed. Sometimes it’s even a sign of a vakidioot*, to use an excellent Dutch word. I remember a friend of mine decades ago, a news cameraman, guffawing loudly at the TV news, but when I ran in to ask what had happened, expecting a ludicrous politician or a monumental blunder, something like a freeway exit that forms a full circle, he could only say, “That shot was out of focus!”

So yes, slaving away in the isolation of my tiny translation den, proceeding sluggishly through book after book, word after interminable word, I should be wary of amusement and always remember that it’s profoundly relative and that I, as one of the galley slaves of literature, am easily tickled, that my constant dictionary-pounding and synonym-slotting has numbed my critical facilities and turned me into a desperate creature, all too willing to see the funny side of a typo or endorse my authors’ feeblest attempts, and yet... but still... 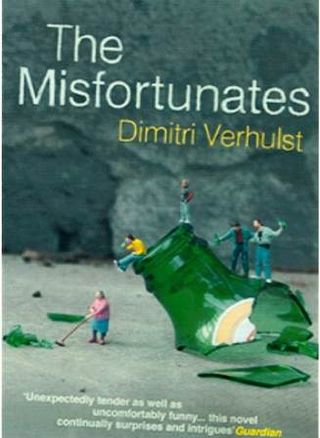 After translating four of Dimitri Verhulst’s books and long excerpts from as many others, he still manages to surprise me with his ability to find humour in the grimmest and most unlikely situations and his fearlessness, not just in the face of political correctness, but also when ignoring the arbiters of conventional taste. (See for example this review of his novel De helaasheid der dingen / The Misfortunates) Verhulst can be hilarious but he also knows that sometimes the best joke is a bad joke. And at the same time he combines his humour with warmth, tragedy, social criticism, politic agitation and, dare I say it, love for his characters.

No surprise then that one of the greatest challenges when translating his writing is trying to make the humour work in English, struggling to get the timing of the punchlines just right, balancing sentences that only shine when they’re teetering on the brink,  finding equivalents for the puns, no matter how bad (good) they might be. And sitting here in the solitude of my translation den, sometimes there is an immediate reward and I hear myself laughing, not just first time round as a reader, but guffawing again, loudly, as I type the translation, a vakidioot after all.

* Pronounced almost exactly like an English four-letter word that starts with F, “vak” means “trade” or “profession”. “Idioot” means, unsurprisingly, “idiot”.  Together they form vakidioot, which is not a professional idiot, but more an idiotic professional, someone who is so narrowly preoccupied with their specialisation they have lost touch with the world at large.