Who or what were ‘the Vikings’?

Interest in ‘the Vikings’ seems boundless, and the current Vikings exhibition at the British Museum makes the subject particularly topical. Googling ‘Viking’ produces forty-seven million hits –  though most of them may be for computer games or brand names  –  and a search on our catalogue under vernacular forms of the term produces over 250 titles in Scandinavian languages and thousands more in English, with dozens of the latter published this year already in the BL catalogue. Beyond that narrow focus, however, the holdings of the British Library are very rich in printed materials, from the 16th century to date, relating to pre-Christian Scandinavia.

A recent article in the Evening Standard by the great medievalist David Dumville aimed to counter the ‘revisionist’ and ‘politically correct’ views that have “covered up the crimes of a bloody era” during the past half-century. He admitted that “Vikings are in general not coterminous with Scandinavians” yet capitalised the word as if it were an ethnic label – as misleading as using ‘Cowboy’ or ‘Cossack’ to describe the entire cultures of the USA or Russia, from their art forms and technology to their political systems and modes of warfare. The ancient Scandinavians’ name for themselves was ‘Northmen’ and for their language and culture ‘Norse’ (norrœn).

Of the two Old Norse nouns víkingr (m.) and víking (f.), the first meant ‘pirate or sea-rover’ (OED),  the second an overseas plundering expedition. Their etymology is contested but related to the noun vík, ‘bay’, or the verb víkja, ‘to turn away’ etc., referring either to people from a bay area  –  such as the Vik region around the Oslofjord (though its inhabitants were called víkverjar, not víkingar)  –  or to those who ‘set out’ on raiding voyages. But such ‘vikings’ formed only a fraction of the Norse peoples.  Overseas trading voyages had been undertaken long before then, for instance by the peaceful  ‘farbönder’ of Gotland, while the fact that travel by boat was so much faster than overland was the basic reason why so many Norse groups lived near and moved around on water. Will scholars ever agree to stop using the over-worked term ‘viking’? 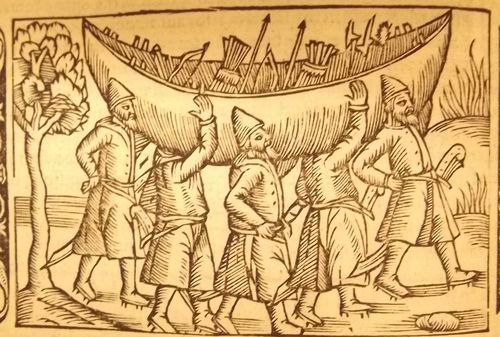 The causes of the increase in overseas raiding around 800 were both external and internal. The main external one was the expansion of the Carolingian empire, its threatening proximity provoking aggressive reactions. The major internal factor was technological, the rapid development of open-sea sailing ships at that time.  (The best surviving examples are the beautiful Gokstad and Oseberg vessels  –  displayed in the Viking Ship Museum in Oslo.)  Another was the breakdown of a centuries-old social system in increasingly violent power struggles among the elites that eventually reduced the number of kingdoms in Scandinavia from dozens to the three still existing ones. 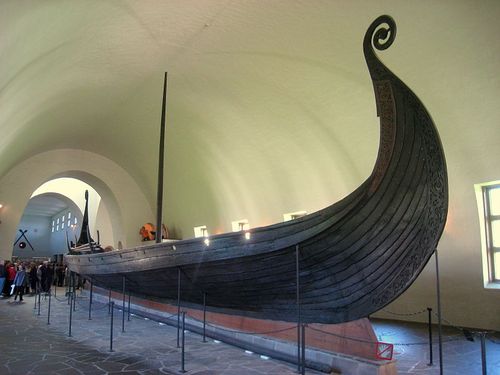 An aggressive warrior ethos – already vividly described in the Old English Beowulf  poem, preserved in the British Library – saw raiding and pillaging as a perfectly honourable pursuit, enriching the participants. Change came only with the adoption of continental Christianity and feudalism, which no longer permitted unprovoked attacks on co-religionists. When the neighbouring Slavic, Finno-Ugrian and Baltic peoples likewise converted, the now christianised Norse elites  –  after a short period of ‘crusading’ around the Baltic  –  simply ran out of legitimate targets.