“May its birthday always be celebrated…”

Every year on their National Day, the 17th of May, Norwegians remember the signing of the Norwegian constitution in 1814.  This year the festivities are particularly special as they will mark the 200th anniversary. 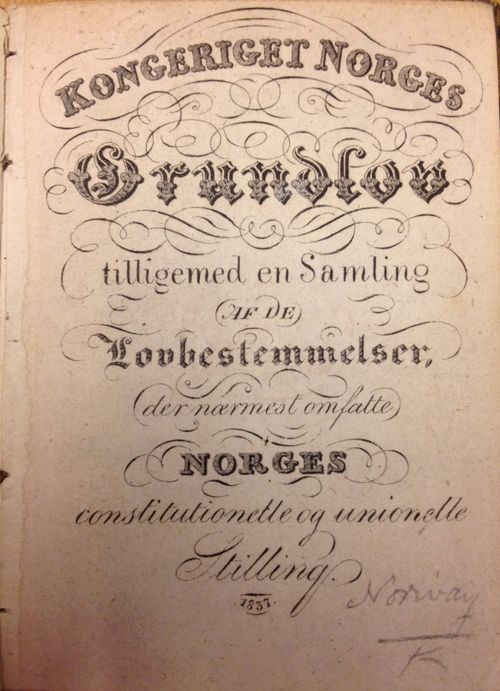 1814 was a key year in Norway’s history. Until then, Norway had been part of the Danish kingdom but under the Treaty of Kiel, Denmark had been forced to cede Norway to Sweden.  This unilateral ‘transfer’ of their country was met with resistance by many Norwegians and, led by Prince Christian Frederik of Denmark, a number of prominent Norwegians convened an assembly at Eidsvoll.  112 representatives were sent from all over the country and a constitution formulated in just over a month.   Independence was declared and Christian Frederik elected King. 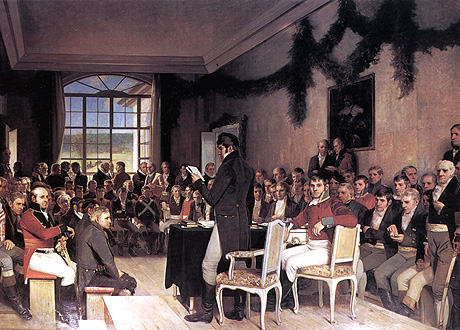 Oscar Wergeland’s painting of the Eidsvoll assembly now hangs in the Storting (the Norwegian Parliament), behind the speaker’s chair.  This image is one of the best known historical paintings in Norway, having been reproduced on stamps, bank notes and commemorative memorabilia.  It is often accompanied by the words ‘Enig og tro til Dovre Falder’.  Meaning ‘United and true until Dovre falls’, it was an oath taken by those men who formulated the constitution, swearing that they would remain as constant as the Dovre mountain range.

The events of the rest of the year were no less momentous. Following a Swedish attack on Norway in July, Christian Frederik was forced to step down but not without securing a promise for the constitution to remain. In November 1814 Norway entered a union with Sweden which lasted until 1905. The constitution was amended to reflect the union but remained more or less unchanged.

In today’s Norway, 17 May is a public holiday, a day of parades and parties. In town centres up and down the country children process through the streets to marching bands. Participants are often colourfully dressed in their bunad (local costumes). In Oslo the parade takes place on Karl Johan’s gate, and culminates at the Palace, where, members of the Norwegian Royal Family wave to the children from the balcony. 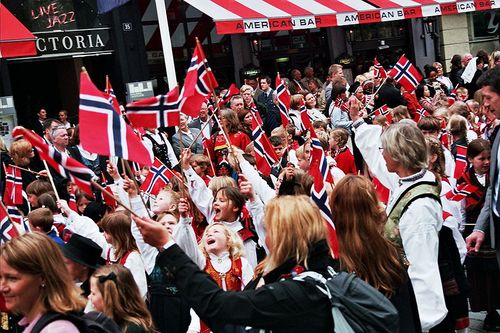 Children celebrating 17 May. Picture by Evelina Gustafsson from Wikimedia Commons

Although Norway doesn’t officially have a single national anthem, the one that is in practice regarded as such, Ja vi elsker dette landet (‘Yes we love this country’), features prominently in the celebrations.  The words were written by the Norwegian Nobel Prize-winning writer Bjørnstjerne Bjørnson  and the music composed by his cousin, Rikard Nordraak. It was first performed in 1864 during the celebrations of the 50th anniversary of the signing of the constitution. 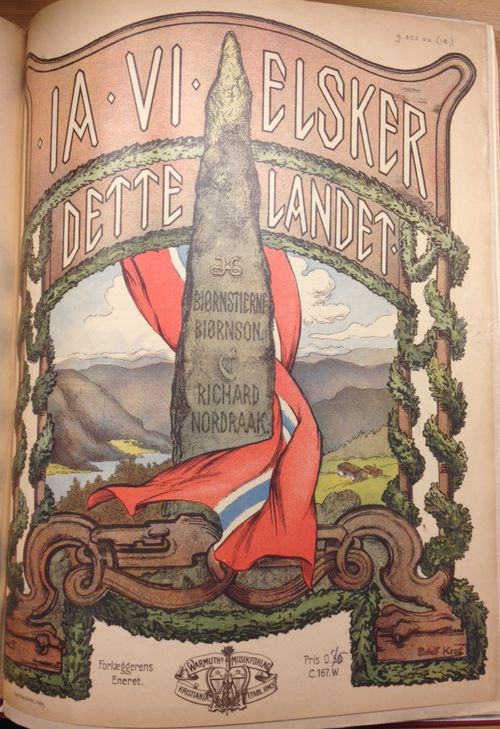 The British Library’s Norwegian collections include many interesting items relating to the 1814 constitution. Not least the works of Henrik Wergeland, the writer and early human rights activist, who perhaps more than any other single person is associated with 17 May in the minds of Norwegian people. The son of one of the original members of the Eidsvoll assembly, he championed the right of Norwegians to celebrate the day at a time when it was seen as act of rebellion against the Swedish union. He also wrote a history of the Norwegian constitution. Before he died, he left behind a silver cup with instructions that it should be used in future celebrations of the day at Eidsvoll:

“Long live freedom! May its birthday always be celebrated at the place where it was born!” 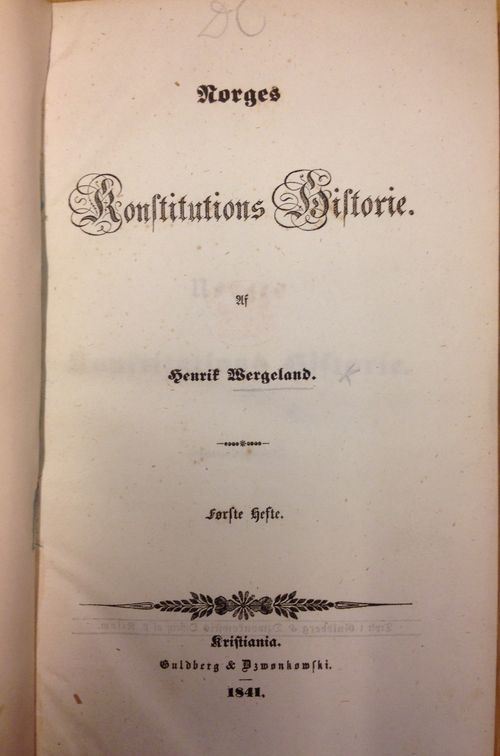