In an earlier blog post, I briefly described the story of Rosaura of Trujillo, which was told and re-told throughout the 18th and 19th centuries in one of the most frequently printed Spanish chapbooks (pliegos de cordel). However, women in the pliegos did not always remain passive victims of ill-treatment at the hands of a male-dominated society. A number of stories tell of women who exacted extremely violent redress for offences against them or for cruel treatment. Not content with killing their immediate persecutors, some women embarked on wholesale slaughter.

An example with a low body count is the story of Doña Elena, a noblewoman of Granada, and Don Francisco, a married caballero from Málaga. He seduces her, gets her pregnant, and then deceives her into following him back to Málaga. En route, he assaults her, stripping off her clothes and stabbing her four times, before abandoning her, making off with her money and jewels. Rescued by a cowhand, Elena survives and is subsequently discovered working as a wetnurse by a noblewoman who turns out to be Francisco’s wife. Informed now of his whereabouts, Elena confronts Francisco and shoots him dead. Elena is not brought to justice and she retires to a convent.

More typical, however, of the vengeful women in the pliegos is Sebastiana del Castillo. She was kept locked away by her family to prevent her from seeing her lover. Driven hysterical, she arranges for him to come to her home, armed, whereupon she murders both her parents before cutting out and frying their hearts. She then kills the lover himself ‘pues que tu la causa ha sido’ (‘as you have been the cause’). Now disguised as a man, she becomes a bandit and commits further murders: of her brothers, who have come looking for her, then of her fellow bandits, and of two alcaldes. Finally Sebastiana is captured and executed by hanging. 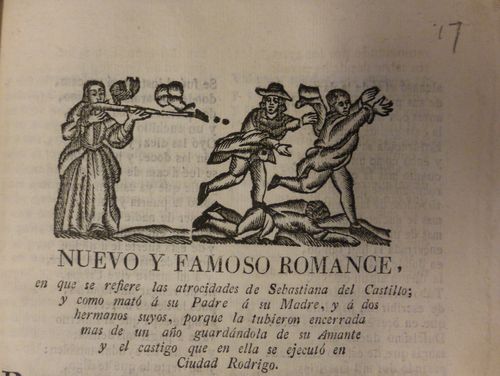 The fate of Margarita Cisneros is similar. Forced into marriage by her father, she despatches her husband, a lover, and some 14 further victims. She is executed by garrotting but not until she has confessed and issued a warning to fathers about going against their daughters’ wishes.

Other pliegos contain examples of thoroughly ‘bad’ women. Ana Contreras, for example, was evil from the start, ‘un áspid emponzoñado’ (‘a poisonous snake’). She murders her husband and two children, dismembers the corpses, and salts them before cooking the remains, which she and her lover then enjoy as a meal. Both went to the gallows.

In spite of the extreme violence that they have wrought, some avenging women are ultimately spared execution and pardoned. One of the most popular stories was that of Teresa de Llanos. It exists in two versions, one set around Seville, the other around Valencia. Teresa is victim of her brothers, who murder her lover in order to prevent her marriage. After killing them, dressed as a man, she goes on to commit several murders, but of guapos, thugs or bullies, who are all guilty of various relatively minor wrongdoings. She rights wrongs but in a disproportionately violent manner. Arrested and sentenced to death, she reveals that she is a woman. Teresa is subsequently pardoned and retires to a convent. 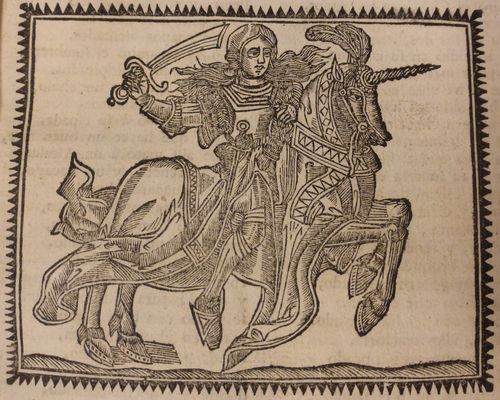 The story of Inés de Alfaro has parallels with that of Teresa de Llanos. Her brothers murder her lover, but in an argument. Inés kills her brothers and a number of guapos. When arrested, she too repents, but is miraculously saved because of an earlier act of charity when she gave alms to a hermit. 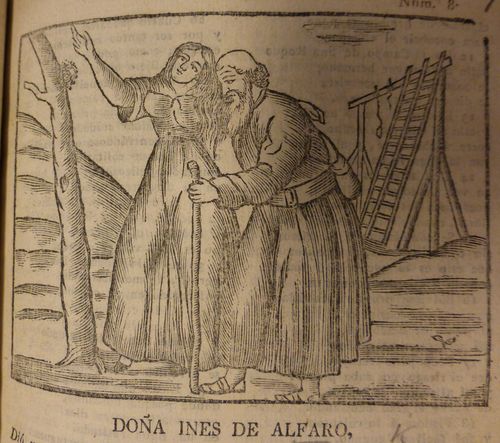 The happy fate of Isabel Gallardo is more remarkable. She avenges the murder of her father by killing the perpetrator, then her own cousin and some 30 other people besides. After her detention in the familiar masculine disguise, she confesses, reveals herself to be a woman, is spared and marries a capitán de caballos.

How can the different outcomes for these murderous women be explained? All are victims of cruel and unjust treatment on the part of men. However, Sebastiana is described as a ‘muger más desalmada’ (‘a most heartless woman’), while Margarita Cisneros was a spoilt child and confesses to her ‘pensamiento vil’ (‘base intent’). Inés de Alfaro was motivated by the Devil himself, but was later shown to be capable of charity. Teresa de Llanos, on the other hand, was initially virtuous and good natured and Isabel Gallardo was ‘an angel’ who chose not to marry. When embarking on their acts of vengeance, they all adopt male clothing, in itself a deviation from the norm and a seeming denial of their femininity. Their fates change after their gender is revealed and the ‘good girls’ are spared the worst.

Many of the violent women in the pliegos have evident antecedents in Spanish Golden Age drama: the bandolera, the avenging female and the mujer esquiva. Melveena McKendrick studied each as a manifestation of the mujer varonil. There is no adequate translation of this concept. ‘Mannish’ or ‘manly’ woman would be wrong, as it refers to a woman adopting a role normally performed by a man, or choosing to reject the conventional social role expected of her sex. The woman-turned-bandit (bandolera), a type created by Lope de Vega, was almost invariably a victim of rape, who abandoned society for a life of crime and committed numerous acts of violence before repenting. The avenging female assumed the male role in redressing her own dishonour or an act of violence against her family. The mujer esquiva was a feisty woman who spurned the conventions of marriage and mocked her suitors, but eventually succumbed to love. In the pliegos, however, any subtleties of the plays have been stripped away leaving the bare bones of the more sensationalist plots.