In another guest post for next week’s  European Literature Night, the German author Julia Franck  describes the  stimulating and rewarding experience of attending a symposium with some of her many translators.

In the spring of 2008 I had the special pleasure of being invited as an author to Straelen for a translators’ symposium. The European College of Translators in Straelen has for many years offered residencies and bursaries for translators working in different genres and and languages; they have at their disposal an impressive library which extends over every area of the building – specialist dictionaries and literature can be found even in the guest-rooms. Working here must be splendid for translators. True, the deeply Catholic Lower Rhine region offers no cultural inspiration or distraction of any kind; even in culinary matters the people here are of a positively protestant modesty, but the wealth of literature and the opportunity to work without interruption is magnificent. 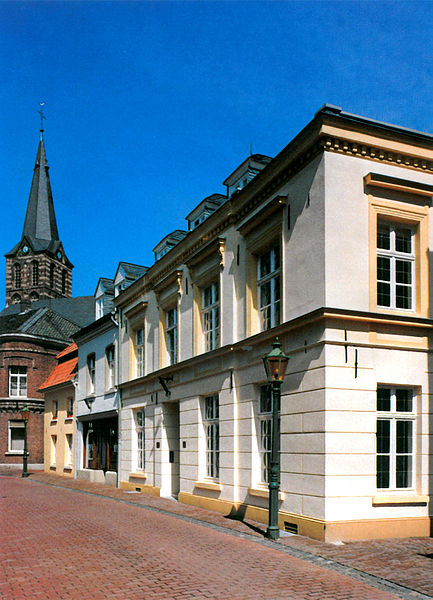 Our symposium was devoted to the first of my novels, which has been translated into just under 40 languages to date, Die Mittagsfrau (‘The Blind Side of the Heart’/’Blindness of the Heart’). All the translators were invited to the plenary discussion, and as many as 18 of them were able to come to Straelen for our symposium. We were supported by the literary critic Dennis Scheck, acting as moderator, and by a linguist who took minutes throughout the entire week, so that a compendium of our work was available even to those translators who had been unable to make the journey.  Among us, as well as the illustrious British translator Anthea Bell and the young and equally experienced Brazilian Marcelo Backes, were such rare languages as Georgian and such strange-sounding ones as Finnish – and even the Hebrew translator came from Israel. 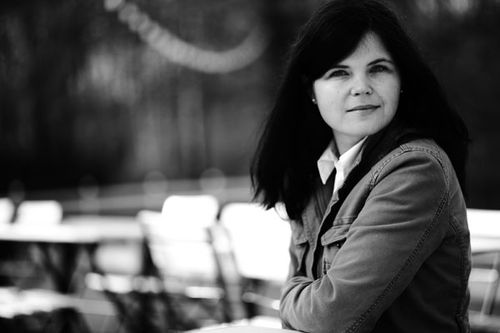 Throughout the week, the great cultural differences and the processes of detection and discovery were exciting, as was the realisation of how often translation involves a combination of knowledge, humility, inner freedom and creativity – and how important the awareness of the most subtle social distinctions is when these take root in semantics or grammar. For example, even the Romance languages were far from unanimous about whether the term of address ‘mother’ and its direct translation was appropriate to the period and class in which the novel was set. While in France many parents are still addressed today  as ‘vous’ (although ‘maman’ is nevertheless preferred to ‘mère’), it seemed completely unthinkable to the Romanian and Italian translators that an eight-year-old would called his mother ‘mother’ and not ‘mamma’ – unless this signified a cool relationship between mother and child. In German it was quite customary into the 1950s, and in some areas into the 1960s and 1970s, for children to address their mothers as ‘Mutter’, not in all families, but it was not unusual in cultured families with a regard for courtesy and etiquette – and without a cool relationship being the reason. Clearing up this question was a simple and at the same time fascinating example of what traps can lurk in texts and translations; it was, in addition, amusing and instructive for all the translators. At this point too we were also compelled to admit that every translator bears an absolutely sole and exclusive responsibility for his or her seismographic feeling for a language. How certain can a single individual be in such decisions? And how intuitively do we often have to set our own linguistic sensitivity above research which has overstepped its limits?

During the week some extremely stimulating conversations arose, full of information, explanations and enjoyable confrontations, which taught each of us about the nature of the different languages,. The discovery of contradictions and the development of solutions – yes, even the process of infecting one another with our deliberate breaches of linguistic correctness and their beauty and even, at times, something like elegance constituted an intensive course of study for us. 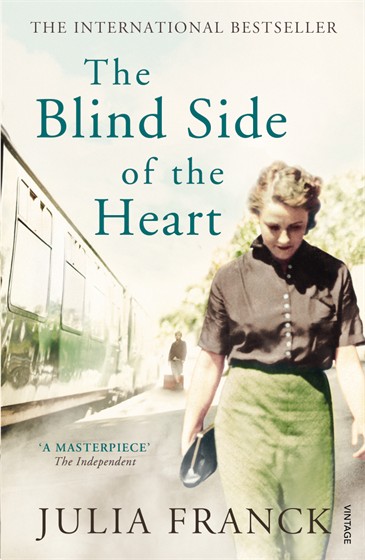 Another extremely fine example occurred on our last evening, which we rounded off with a small public presentation of our work. For the local audience,  who had appeared in great numbers, and mostly spoke only German, though some spoke some Dutch, as Straelen lies only a few kilometres from the Netherlands, we provided spontaneously improvised tasters from our symposium by all gathering on the little stage and asking one another questions. In the novel there is an intense scene in which Helene goes into the woods with her son, in the middle of the war, to look for mushrooms. Hunger and misery accompany them on their quest, and as Helene repeatedly runs away from her clingy and hungry child and disappears from his sight, they come upon a train with cattle-trucks waiting on the line, apparently lost. A whistle can be heard; obviously a search is going on for a fugitive. Helene stumbles over the emaciated man; almost delusional but perhaps lucid, she believes that she recognizes in his eyes the eyes of her sister. Here she realises the immediate danger to which not only her sister must be exposed but she too would be if she had not falsified her identity and gone hunting hungrily through the woods for mushrooms with a son who does not and must not know her true identity. In this scene her state of extreme tension and anxiety is clear as apparently innocent sequences of nursery rhymes fall into the stream her of thoughts. These are two typical German nursery rhymes with innocent hares as heroes – in one the hare gets shot. No matter how well a translator may have studied and learnt German, without experiencing these in childhood he or she will hardly recognize these nursery rhymes as such. Every German, however, knows these rhymes by heart. ‘Really?’ asked the French translator. ‘Of course!’ a lady in the audience announced delightedly, and rose to her feet to strike up the song as proof. With no need for further invitation, all the people in the room joined in; they sang both songs from the first to the last verse, happily and joyfully – for the virus of that transmission, in which speech reflects not only syntax and grammar but cultural content, and makes whole worlds accessible, had leapt over to them too.

Julia Franck’s The Blind Side of the Heart is published in English by Harvill Secker ( Nov.2009/1636). It was originally published in German by S. Fischer Verlag as Die Mittagsfrau (YF.2007.a.30990). Her second novel to be translated into English is ‘Back to Back’, also published by Harvill Secker (German original  Rücken an Rücken, YF.2014.a.7255)