One for the gentlemen?

A visit to the current BL exhibition Comics Unmasked put me in mind of an ancestor of the graphic novel from Spain: Eusebio Planas’ Historia de una mujer. The narrative is carried in 50 chromolithographs, with only the briefest of captions (usually a piece of dialogue).

Eusebio Planas (1833-1897) trained as a lithographer in Paris and his works have a whiff of gay Paree about them. He illustrated novels (such as the Spanish translation of La Dame aux Camélias) and journals and also did commercial work such as party invitations. Historia de una mujer seems to be his invention alone.

It is claimed that in its original form this ‘Story of a Woman’ was issued from 1880 on as a series of 102 cards included in packets of cigarettes made by the Mexican firm ‘El Buen Tono’. Publication in book form, in a much larger format (the plates measure 27 x 20 cm) followed later that year. The plates are signed and dated 1878 to 1880. 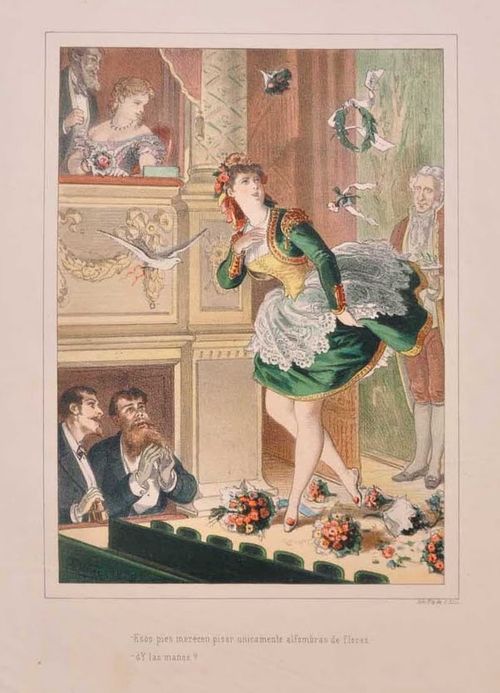 Clara on the stage

The tale follows Clara’s progress from dressmaker to vaudeville actress to the mistress of a series of men who take her to the watering places of Europe: Santander, El Salinero (in the Canary Islands), Vienna, Baden, St Petersburg... 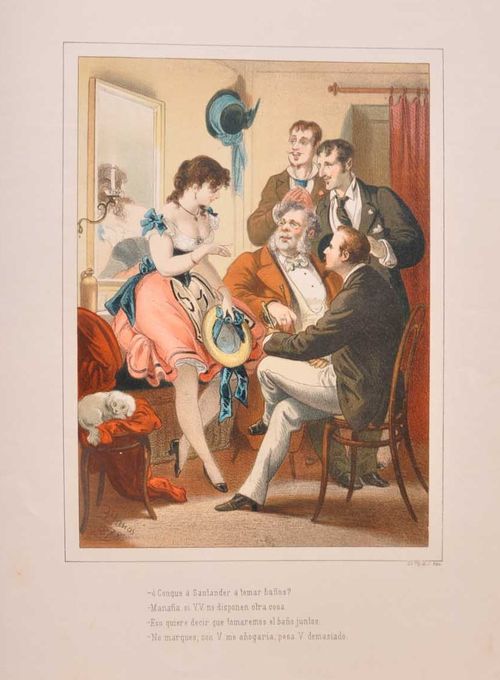 In plate 45 she discovers a grey hair and plate 50, set in a convent hospital, is entitled ‘What a difference between yesterday and today!’ 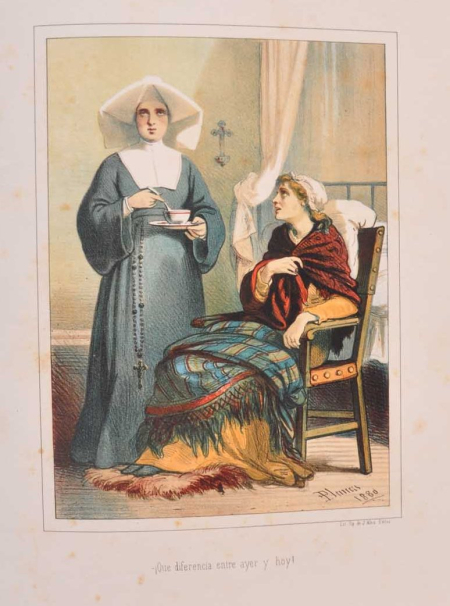 ‘What a difference...’: Clara in the Convent

Obviously aimed at the gentleman, it’s all in the best possible taste. However, an internet search (not advisable) reveals that much of Planas’s output was explicitly pornographic: indeed, his studio was raided by the police and his stock confiscated.

It’s a terribly modern story: Clara visits the Paris Exhibition, possibly that of 1878 (‘What is most exhibited at the Exposition are the women, amigo mío’, [30]), where she travels on a magnetic boat (28). 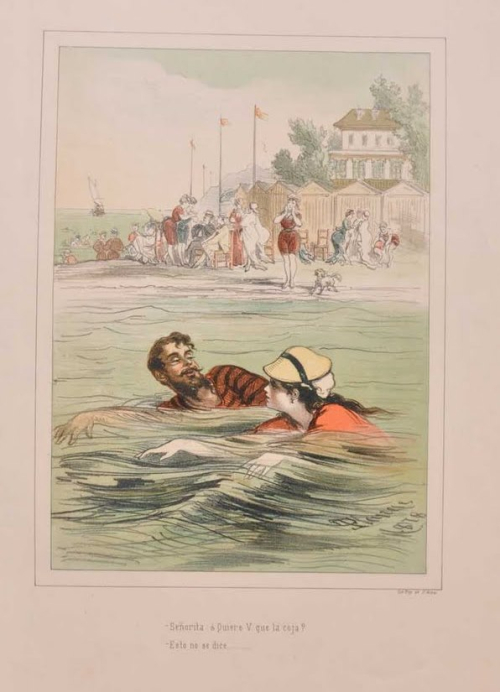 Needless to say, Clara appears in a variety of skimpy costumes, all à la mode. As her lovers are international, so too are her dresses: I’m reminded of the poem ‘Divagación’ by Rubén Darío (1867-1916), Nicaragua’s naughtiest symboliste, with its stanzas ‘¿Te gusta amar en griego? […] ¿O un amor alemán? […]  ‘Amame en chino […]’  (Do you like to love in Greek?  Or a German love? Love me in Chinese …); ’nough said.

Just the stuff to enjoy with a cigar.