You’ve got to shoot, or you can’t score.

This blog’s title is a famous saying amongst the Dutch and came from Johan Cruijff, former football player, coach and true football expert: I just know a lot about football. It is a typical ‘Cruijffinian’ remark: brilliant and blindingly obvious at the same time. He could have said it after Wednesday’s semi-final against Argentina, when Holland just couldn’t score, not even at the penalty shoot-out. Apparently it is received wisdom that you can’t train on penalties, something Jan Mulder, sports journalist and author doesn’t agree with. “Indestructibly lodged in heads: one cannot train on penalties, it’s a lottery.” 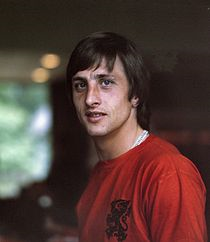 But then “every disadvantage has its advantage”, another one of Cruijff’s sayings one cannot argue with and that has become part of colloquial Dutch. Playing the host nation Brazil tomorrow should be more fun than playing Germany, who will win anyway, won’t they?  “Soccer is a game for 22 people that run around, play the ball, and one referee who makes a slew of mistakes, and in the end Germany always wins," is one of Gary Lineker’s staples and seems to hold true so far.

Browsing both books and websites for quotes on the beautiful game threw up gems like Johan Cruijff Uitspraken, collated by Sytze de Boer (2011), which saw three editions in 2 years. It makes for a very entertaining read, almost like a biography, with the quotes in Cruijff's unique style grouped according to themes. 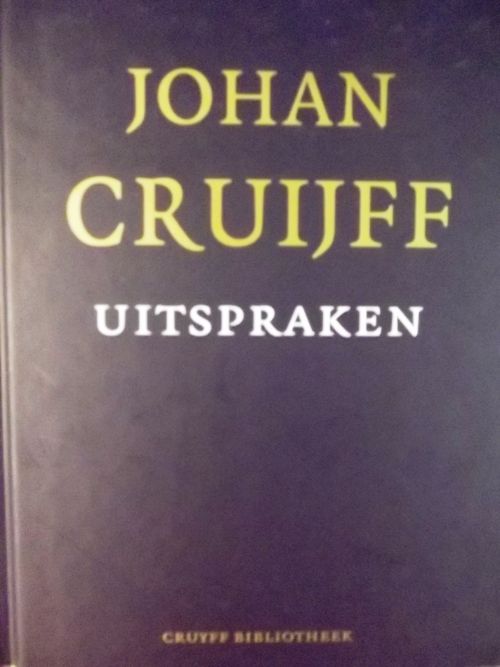 Cruijff is one of the most written and talked about football players ever to have graced the pitch. Henk Spaan, a sports journalist and poet, published De zoon van Cruijff en andere gedichten (‘The Son of Cruijff and other poems’) a collection of poems about players such as Ronald de Boer, Ronaldo and Jordi Cruijff. He co-edited a collection of essays by and about authors writing about football, which doubled as the catalogue for an exhibition at the Literary Museum in The Hague. And he forms part of the editorial team of probably the only literary football magazine in the Netherlands, if not the world: Hard Gras. Although the Library does not subscribe to this magazine, we do buy loose issues. 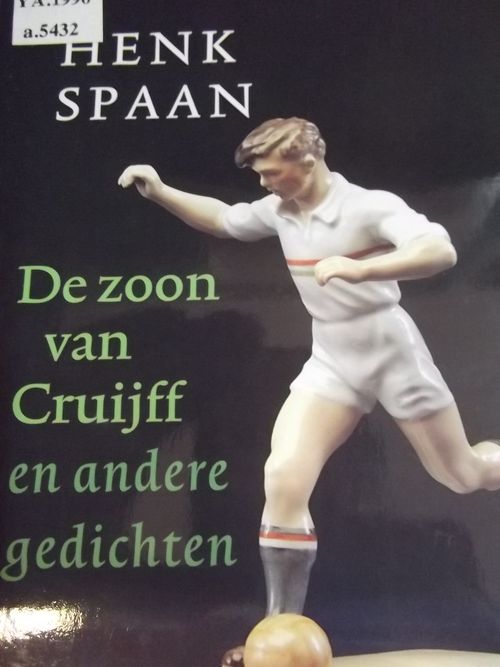 The already quoted Jan Mulder, former player for Ajax (1972-1975) and RSC Anderlecht (1965-1972), swapped his boots for the pen. In the nineties he teamed up with Remco Campert, one of the most distinguished Dutch authors of the 20th Century to write columns for a national newspaper. Between 1997 and 2006 these writings were compiled into annual overviews and published as books.

Simon Kuper writes prolifically about football (in English!), examining and exploring technical, economical and historical aspects of the game. His book Ajax, the Dutch, the war gives a remarkable insight in Dutch history by studying the war through the lens of football. 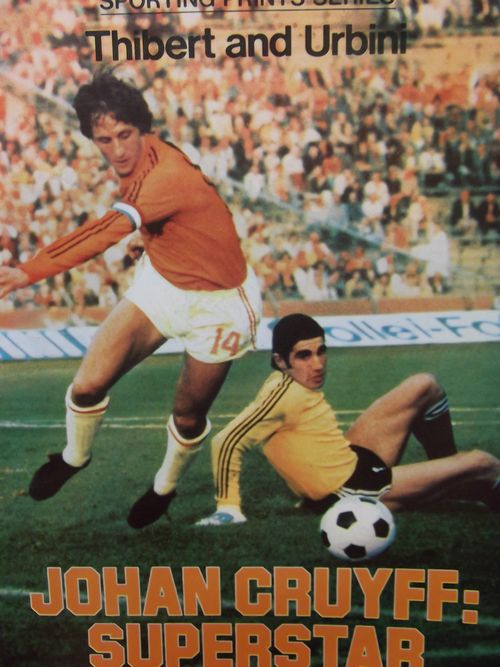 The reason these titles make it into our Dutch Language collections is that they represent an important part of popular Dutch culture. Both academic dissertations on football as well as compilations of newspaper columns offer great opportunities for historic, sociological and other research and therefore deserve to be read.

As for the game against Brazil tomorrow, the Orange team better keep ball possession, because as Cruijff acutely observed: ‘As long as you have the ball, they can’t score’.

ON THE BENCH/ FOR FURTHER READING: