Saturday 9 August will be celebrated in Finland and worldwide as the 100th anniversary of the birth of Tove Jansson, Finnish artist and writer. Born in Helsinki into a Finland-Swedish family of artists – her father was a sculptor, her mother an illustrator – Tove Jansson is perhaps best known in this country as the creator of the Moomintrolls. 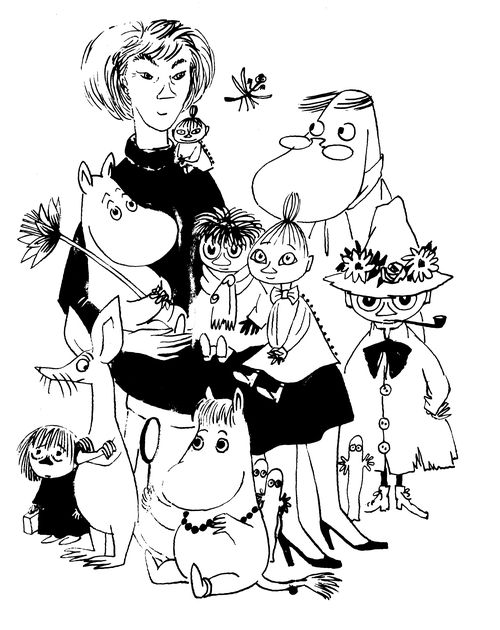 In the first book about the Moomins that appeared in English in 1950, Finn Family Moomintroll  (‘Trollkarlens hatt’), Moominmamma writes a special letter to English children, anxious that they may not understand trolls and explaining the particular characteristics of a Moomintroll, how it is “smooth and likes sunshine” unlike ordinary trolls which “popp up only when its dark”.  She ends the letter by asking to be excused her “rottn’ english” saying that “Moomins go to school only as long as it amuses them”.

This was the start of a long association with British readers, further strengthened in 1954 when a comic strip featuring the Moomins began to appear in the Evening News. Originally created by Tove Jansson herself, after some years the comic strip was continued by her brother, Lars Jansson. 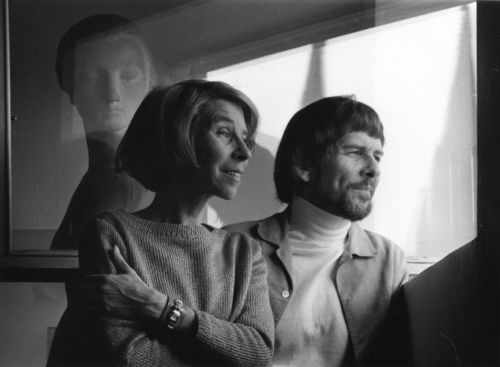 Less well known perhaps is that she also illustrated the Swedish translations of some British classics, notably J.R.R Tolkien’s The Hobbit and Lewis Carroll’s Alice in Wonderland and The Hunting of the Snark. In 2011, the original English editions of the Lewis Carroll works, this time with the Tove Jansson illustrations, were published in the UK by the Tate, as the text on the back cover of The Hunting of the Snark puts it, “so that readers can enjoy this wonderful adventure afresh through the eyes of one of Europe’s finest illustrators”.

Tove Jansson’s artistic flair was not only within the field of illustration and comic strips. A special exhibition at the Ateneum Art Museum in Helsinki to mark this year’s centenary demonstrates her enormous versatility as an artist, from landscapes to still lifes, from political caricatures to large wall paintings created for public spaces. She also painted portraits, including many of herself. 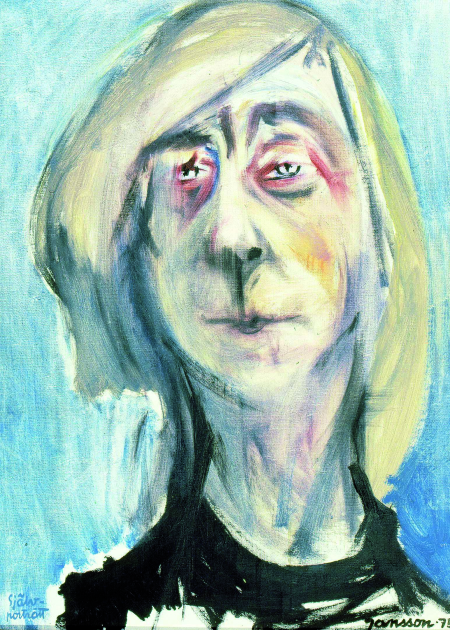 In recent years her writing for adults has become increasingly popular in the UK. Both new and reissued translations of her novels and short stories have been published by Sort of Books and have sold in large numbers. The Summer Book (‘Sommarboken’), which describes the relationship between a grandmother and her granddaughter as they spend a summer together on an island, has won particular acclaim.  Justine Picardie, reviewing it in the Daily Telegraph, describes it as “a marvellously uplifting read, full of gentle humour and wisdom”. For researchers studying Tove Jansson, the British Library’s collections have much to offer, including most of the original texts in Swedish, their English translations and a growing body of secondary literature, as her works have become the focus of increased academic interest.

Last year we were delighted to add to our collections a copy of the very first Moomin book with its original pictorial card covers. Småtrollen och den stora översvämningen (‘The Small Troll and the Great Flood’) was first published by Söderströms in Helsinki in 1945, and later that year in Sweden by Hasselgrens. Surprisingly it was first published in the UK only a couple of years ago in 2012, as The Moomins and the Great Flood. Although Tove Jansson herself was later self-critical of this first Moomin story, it saw the start of the very distinctive characters which have become some of the best loved in children’s literature worldwide.