As the holiday season reaches its height, it is salutary to reflect that solitary female travellers nowadays may face few of the hazards of earlier centuries. This did not prevent various intrepid ladies setting forth across the seas for a variety of reasons even in ancient times – the elderly St Monica, for example, who, when her wily son, the future St Augustine, gave her the slip and embarked for the fleshpots of Rome on the pretext of seeing off a friend at the harbour, promptly took ship alone for the express purpose of tracking him down – and succeeded.

Many of the first women to undertake lengthy journeys overseas did so for religious reasons, in order to visit pilgrimage sites such as Rome, the shrine of St. James of Compostela in Spain, or Jerusalem; Chaucer’s Wife of Bath, a seasoned traveller, had ‘done’ all of these, and joining the Canterbury Pilgrims represented a relatively tame trip for her. In doing so, however, they were following a particularly illustrious example – that of St. Helen (or Helena), empress, mother of Constantine the Great, and legendary discoverer of the True Cross. 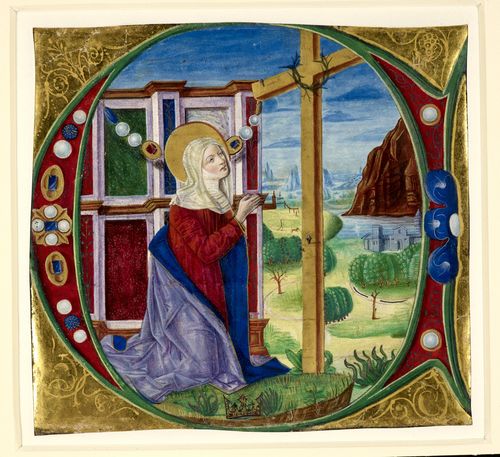 The precise date of St Helen’s birth is unknown, but the bishop and historian St Eusebius of Caesarea describes her as being around 80 years old on her return from her journey to Palestine, dated to 326-328. Little is known of her early life and even her birthplace is uncertain, though her son Constantine’s renaming of the city of Drepanum in Asia Minor as ‘Helenopolis’ in her honour makes it a strong possibility. However, in Britain a tradition soon developed, spread by the chronicler Geoffrey of Monmouth, that she was the daughter of King Cole of Camulodunum (Colchester), who made an alliance with the Roman emperor Constantius to avoid further conflict, sealed by the marriage of his daughter to the emperor. After the birth of their son Constantine in Serbia in the early 270s, Constantius divorced Helena to make a more prestigious match; she never remarried, and lived a quiet and secluded life until, in 306, Constantine was proclaimed emperor by the troops on the death of his father. He had always displayed great loyalty and affection for his mother, and in 325 gave her the title of Augusta Imperatrix and unrestricted access to the imperial treasury in order to pursue her passion for what we would now term archaeology. 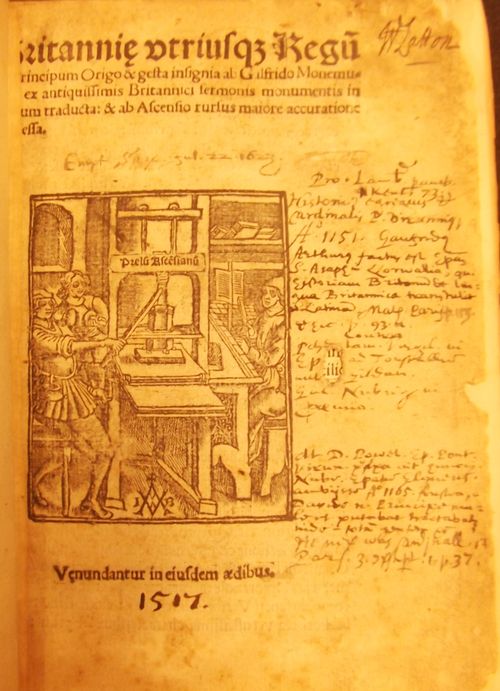 In 326-328 she set out for the Holy Land, intent on finding as many relics of the Judaeo-Christian tradition as possible. Following the destruction of the Temple in Jerusalem and the devastation wrought by the Emperor Hadrian, the city was still being rebuilt, and Helen ordered the demolition of the temple erected by Hadrian of the site of Jesus’s tomb near Calvary. During the preliminary excavations, according to the historian Rufinus, three crosses were discovered and their authenticity tested, a woman at the point of death recovering when she touched the third. Constantine had the Church of the Holy Sepulchre built on this site, and on her return to Rome Helen brought with her many relics, including portions of the True Cross, earth from Golgotha and a rope allegedly used at the Crucifixion and preserved at the Stavrovouni Monastery which she founded in Cyprus.

The cult of St Helen rapidly became popular in Britain, where she became the patron saint of Abingdon as well as Colchester and is commemorated in many churches, her feast being celebrated on 18 August. The mediaeval Golden Legend, which includes an account of the finding of the True Cross, was instrumental in spreading her fame, especially when it began to appear in print in the 15th century and was translated into English by William Caxton; the British Library holds a copy of this translation (C.11.d.8.) among its many editions of this popular text.

In the Orthodox Church she and her son, the first Christian emperor, are commemorated on 21 May, the ‘Feast of the Holy Great Sovereigns Constantine and Helen, equal to the Apostles’. She inspired Evelyn Waugh’s only historical novel Helena (London, 1950; NNN.948), as well as several mediaeval romances in which she embodied the ideal of patient endurance, living in seclusion and working on her embroidery, until ultimately vindicated. In 1947 the German-born British author Louis de Wohl published The Living Wood, a novel which, according the to 1959 American edition (011313.e.38), charts her progress ‘from worldly woman to inspired saint’, with a cover suggesting a certain disregard for historical accuracy.

Whatever the truth of the matter, St Helen impresses us across the centuries as a spirited and courageous woman prepared, even at an advanced age, to take risks in pursuit of her ideals. Fittingly, she is the patron saint not only of archaeologists, converts, difficult marriages and divorced people, but also of new discoveries – which it is never too late to make, in the British Library and the wider world.