Silence is out of fashion nowadays.  A recent report  found that:

‘Most people would rather be doing something than sitting alone thinking, a new study finds, even if it involves self-administering a painful electric shock ... What is striking is that simply being alone with their own thoughts for 15 minutes was apparently so aversive that it drove many participants to self-administer an electric shock that they had earlier said they would pay to avoid.’

Early literature was all for silence. Religious writers recommended the potential contemplative who wished to get closer to God to cease inner monologue. M.J. Woods describes how in attempting to get into the mind of the sixteenth-century mystics such as St John of the Cross ‘I was aware of my liberation from another habit which had become so ingrained over the years that its presence had seemed an automatic fact of life, that of the inner monologue of verbal thoughts which had previously accompanied most of my waking moments’ (p. 43).

Moralists of a less religious hue, although they recognised that society would break down without speech, impressed upon their readers (often young and impressionable) that silence trumped speech any time. In the words of Cato: ‘nulli tacuisse nocet, nocet esse locutum’ [it never harms anyone to have been silent; it harms to have spoken]. 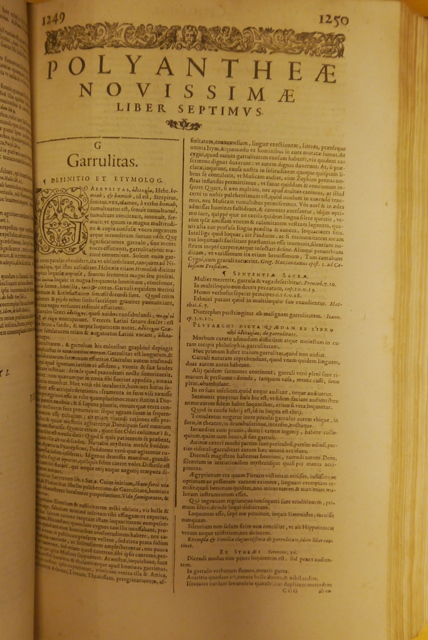 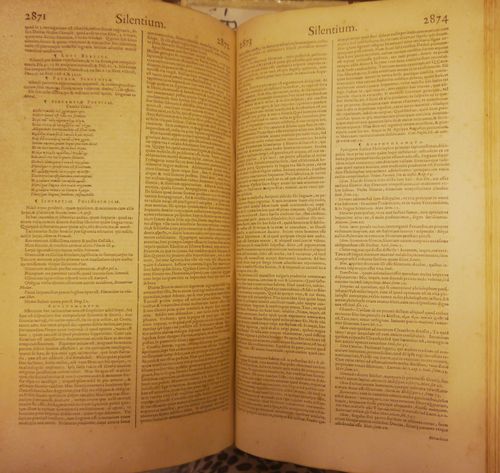 By way of visual illustration, we show pages devoted to ‘Garrulitas’ and to ‘Silentium’  from one of the many (and ever fatter) editions of the Polyanthea of Mirabelli issued between 1503 and 1681, a crib for many great authors such as the Swan (Shakespeare) and the Phoenix (Lope de Vega).

So remember that next time a librarian tells you to shush.