Language and the making of nations

On 14 November the British Library will be hosting a study day  ‘Language and the Making of Nations’, organised by the Library's European Studies Department and examining the relationship between majority and minority languages in the countries of Europe and the creation of national literary languages

The creation of a unified language has been significant in the formation of the nations of Europe. Part of the process has been the compilation of standard grammars and dictionaries, an initiative often followed by linguistic minorities, determined to reinforce their own identity. This seminar will look at the relationship between majority and minority languages in the countries of Europe, the role of language in national histories, and the creation of national literary languages. Specialists in the history of the languages of Europe will explore these issues in relation to Czech, Georgian, Italian, Serbian and Ukrainian, as well as Catalan, Dutch, Frisian, Silesian and the Norman French of Jersey. 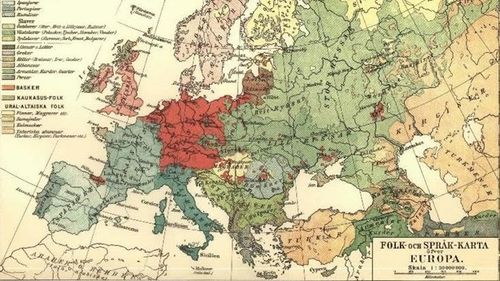 11:00-12:00   Donald Rayfield (Emeritus Professor of Russian and Georgian, Queen Mary, University of London), ‘The tongue in which God will examine all other tongues — how Georgians have viewed their language.’

Prvoslav Radić (Professor, Faculty of Philology, University of Belgrade), ‘The language reform of Vuk St. Karadžić and the national question among the Serbs.’

Rajendra Chitnis (Senior Lecturer, School of Modern Languages, Bristol University), 'We are what we speak. Characterizations of the Czech language during the Czech National Revival.’

Tomasz Kamusella (School of History, University of St Andrews), ‘Silesian: a language or a dialect?’

Alastair Walker (Emeritus Research Associate, Department of Frisian Studies, University of Kiel), ‘North and West Frisian: Two beautiful sisters, so much alike, but yet so different.’

The event has received most generous support from NISE (National Movements and Intermediary Structures in Europe), the Polish Cultural Institute, and the international publishing house Brill

There is an additional free event, following the study day, from 18:15-20:00.  Maclehose Press and the Institut Ramon Llull will be launching Joan Sales’ novel of the Spanish Civil War, Uncertain Glory, translated from the Catalan by Peter Bush.  Professor Paul Preston (Historian, Director of the Catalan Observatory at the LSE) will be in conversation with Peter Bush.  A wine reception will follow courtesy of Freixenet.

As places are limited, please RSVP to geoff.west@bl.uk  if you would like to attend the evening event.