The Friends of the British Library celebrate 25 years of support for the Library this year. To mark this special occasion, the British Library and British Museum Singers are holding a concert dedicated to the Friends of the British Library. The concert, on Thursday 13 November, will include excerpts from Brahms’ German Requiem in the composer’s own arrangement for piano duet, together with a selection of his Zigeunerlieder (‘Gypsy Songs’). This free lunchtime concert will take place in St Pancras Parish Church (opposite Euston Station) from 1.15 p.m. It will be conducted by Peter Hellyer and accompanied by Giles Ridley and Christopher Scobie.

The Friends are justly proud of their support for the British Library, and particularly for their contributions in the field of the Library’s music acquisitions. The acquisition in 2002 0f the archive of the Royal Philharmonic Society was significant, as the archive has been described as the single most important source for the history of music in England in the 19th century. The entire archive was digitised as part of the Nineteenth Century Collections Online database and can be viewed in the Library’s Reading Rooms. 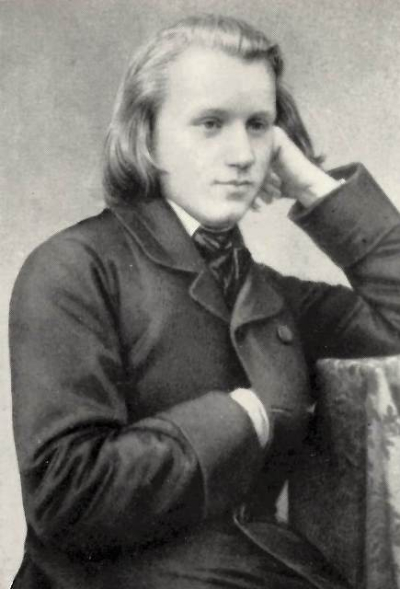 The choice of Brahms’ German Requiem as the centrepiece for the concert is particularly apt since it was first performed in Great Britain by the Philharmonic Society in 1873. It is a large-scale work for chorus, orchestra, and soloists, composed between 1865 and 1868. This sacred but non liturgical work has seven movements of which the Singers will perform the first five. Partial performances of the work also occurred during the course of its composition: the first three movements were performed in 1867 and six movements were performed in Bremen in 1868. Brahms added the fifth movement in May 1868 and the first performance of the complete work took place in Leipzig in 1869.

An alternative version of the work was also prepared by Brahms to be performed as a piano duet, four hands on one piano. This version also incorporates the vocal parts, suggesting that it was intended as a self-contained version probably for at-home use, but the vocal parts can also be omitted, making the duet version an acceptable substitute accompaniment for choir and soloists in circumstances where a full orchestra is unavailable. The first complete performance of the Requiem in London, in July 1871 at the home of Sir Henry Thompson  and his wife, the pianist Kate Loder, utilized this piano-duet accompaniment.

The Zigeunerlieder with words translated into German from Hungarian folk-songs by Hugo Conrat were originally composed in 1887 set for a vocal quartet (or choir) and piano. In the summer of 1888 Brahms produced an abbreviated version for solo voice as well. The Singers will perform a selection combining the two types of arrangement. A manuscript score of the arrangement for four voices and piano is held by the British Library in the Zweig collection . It is written in black ink with additional annotations by the composer in pencil and blue crayon mostly intended for the copyist. The Zweig collection was a gift to the British Library from the Heirs of Stefan Zweig, its presentation being accompanied by a series of concerts supported by the Friends. 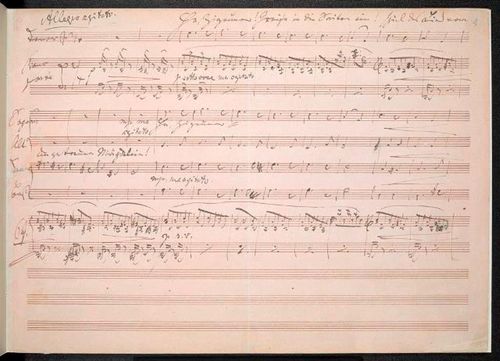