Writing in his diary in spring 1919, the Nobel Prize-winning Russian writer Ivan Bunin bitterly condemned the Izvestia newspaper’s use of what he called “Bolshevik orthography”. Introduced after the 1917 Bolshevik Revolution, the Russian orthographic reform of 1917-1918 streamlined the written Russian language to its current form. Yet while the reform was introduced by the Bolsheviks, changes to the orthography had been discussed, and even endorsed, by leading academic authorities long before the revolution. From the Bolsheviks’ perspective, the aim of the reform was to improve literacy among Russian speakers, including speakers of Russian as a second language, and thus foster a national and collective identity among its disparate peoples. The reform effectively simplified Russian orthography by replacing a number of letters with existing letters that had the same pronunciation. In addition, the changes also significantly economised the printing process by greatly restricting the use of ъ (tverdyi znak). 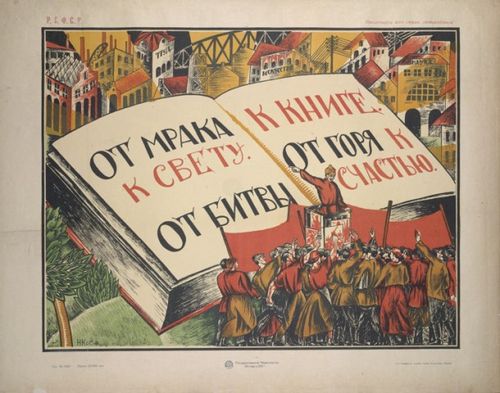 Red Army propaganda poster in the new orthography (Moscow, 1921). The caption reads “From Darkness into Light; From Battle to Books; From Misery to Happiness”.  Cup.645.a.6, plate 21

Despite its pre-revolution origins the reform became a focus of anti-Bolshevik sentiment among the Russian émigré community which emerged after the revolution. White propaganda and émigré publications across the world continued to be printed in the old orthography right up until the Second World War. Effectively, as Marc Raeff argues, “one’s stand on the issue of orthography became symbolic of one’s opinion on the Soviet system or to the revolution”. 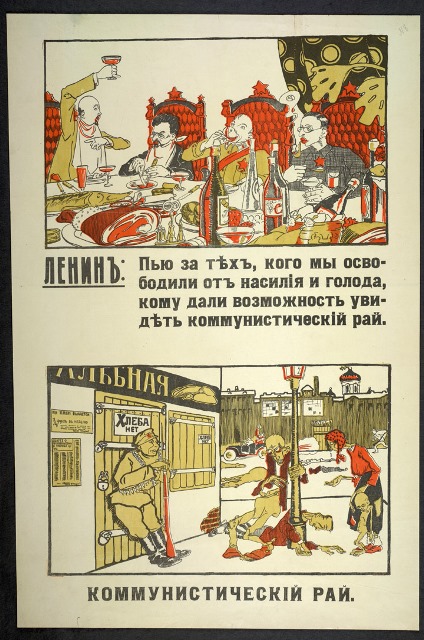 Similarly, a number of émigré writers insisted on their work being published in the pre-reform orthography, complaining that the new system tarnished the purity of the Russian language.  Bunin himself swore that he would “never accept the Bolshevik orthography. If only because the human hand has never written anything like what is being written now in this script”. This unapologetic disregard for the new orthography can be seen in the wider context of the relationship between language and identity. For the Russian émigré community, the pre-revolutionary orthography represented a tie with their homeland and life before emigration. For them, accepting the new orthography would in effect not only indicate their support of the Bolsheviks, but also a break with the past. 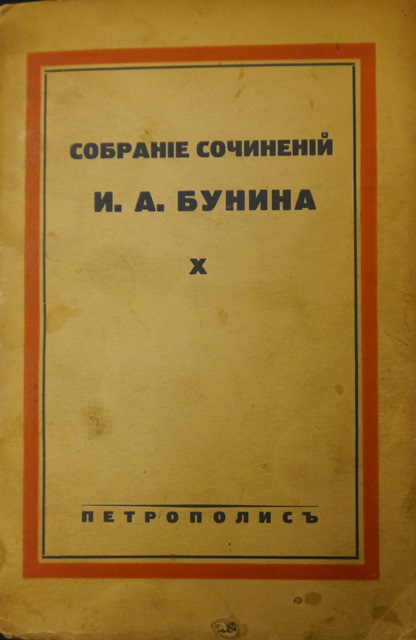 The new orthography was not fully adopted by the émigré community until after the Second World War and the corresponding “second wave” of Russian emigration. The new émigrés were familiar with the reformed orthography and attached far less cultural and political significance to it. Émigré publishers and editors did however begin to accept the new orthography prior to the new wave of emigration. The reform particularly found support among younger émigrés due to its simplified rules and the availability of books printed in Soviet Russia. Changes in the attitude among the older émigré generation can also be seen as early as the mid-1930s. Alexander Kerensky, the prominent pre-revolutionary politician, adopted the new orthography for his émigré publication Novaia Rossiia as early as 1936. Bunin, on the other hand, was still very much standing his ground against the “cursed orthography”. 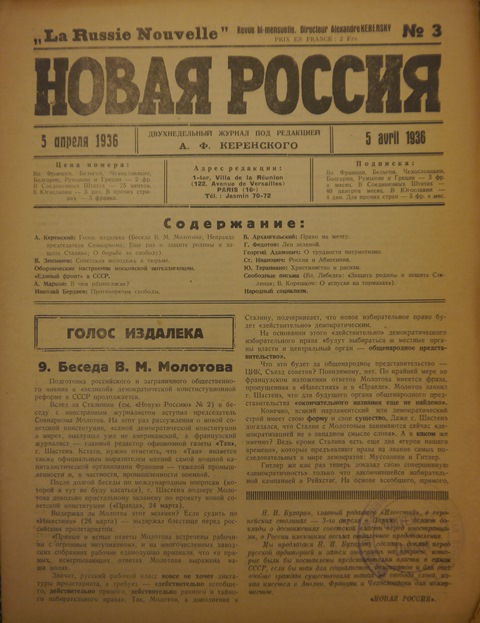 For more details about the reform see Marc L. Greenberg, The Writing on the Wall: The Russian Orthographic Reform of 1917–1918 http://russiasgreatwar.org/media/culture/orthography.shtml