"I raised a fire in my heart": remembering Eroshenko

On 15 December each year Esperantists worldwide celebrate the birthday of L.L. Zamenhof, creator of Esperanto. Traditionally it is also celebrated as Esperanto Literature Day  – as  books have been written in Esperanto from its start in 1887. Many books have also been translated into Esperanto and, as original literature in Esperanto grew decade after decade, translations from Esperanto into other languages started to follow.

Many libraries worldwide collect Esperanto books. One of the biggest collections of Esperanto items  is in the Austrian National Library. The Esperanto Collection of the British Library is one of the finest in the world: it has British publications from the beginning of Esperanto received  by legal deposit as well as purchased and donated books and journals from many countries. It is a growing collection used by researchers from all over the world.

My own way into Esperanto started with a book. In 1973 the Ukrainian publishing house for children Veselka (‘Rainbow’) published a book by  Nadiia Andrianova-Hordiienko Zapalyv ia u sertsi vohon’ (‘I Raised a Fire in My Heart’, the first line of Eroshenko’s poem Ekbruligis mi fajron en kor’, written in Esperanto). It is fascinating story about the life and work of the blind Esperantist, traveller and writer Vasili Eroshenko (1890-1952). I was so taken by the history of his extraordinary life and his travels with the help of Esperanto that in the autumn of the same year I enrolled on an Esperanto course in my home town of Khmelnitskyi, Ukraine. 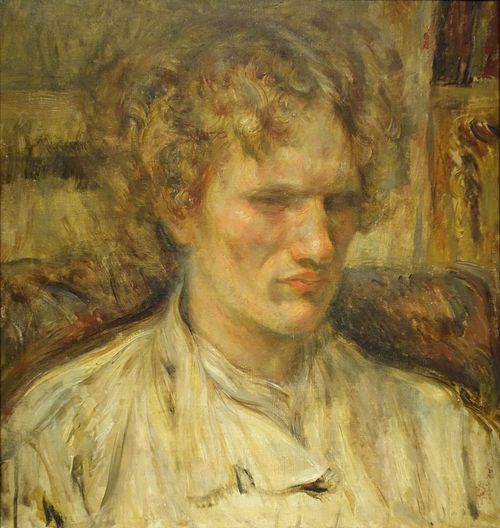 Years passed, and I met the author  in Kyiv, who signed the book for me. In 1988 for the first time I walked the streets of London – the same ones as Vasili Eroshenko during his 6-month stay in London in 1912. Later I found books by Margaret Lawrence Blaise (1878-1935), pioneer of the Esperanto movement in Britain, in the British Library (her book The Esperanto Manual was very popular and had a few editions). She and her Belgian husband Paul Blaise hosted Eroshenko during his first 10 days in England when he arrived from Moscow by train via many European cities to London Charing Cross. Eroshenko’s  arrival and stay in London were documented in British, Russian and Esperanto papers, as for example in The Daily Herald: “A Blind Russian, a member of a Moscow orchestra, having received six months’ furlough, has come to London, being passed on from town to town by Esperantists, and is engaged in learning English”.

The British Library holds about two dozen books by and about Vasili Eroshenko, published in the former Soviet Union (Serdtse orla, translations into Russian; Belgorod, 1962; 11769p.22 and a biography by Aleksandr Kharkovskii, Chelovek, uvidevshii mir (Moscow, 1978; X.908/85973)), in modern Ukraine (Kazky ta lehendy, translations into Ukranian; Kyiv, 2006; YF.2010.a.26418) and in Russia, as well as in China and Japan, where Eroshenko lived for many years and is very well known. 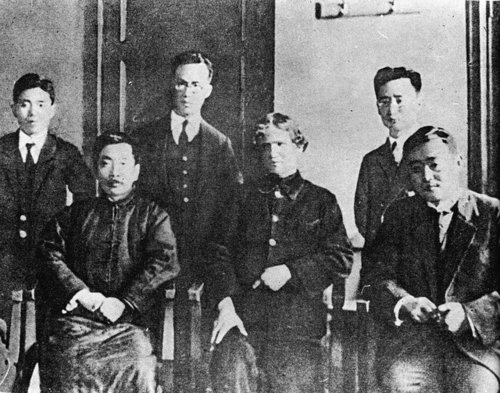 The oldest book in our collections which mentions Eroshenko dates from 1914 and comes from the pen of a keen helper of blind people, William Phillimore (1844-1934). In  his essay  La Graveco de Esperanto por la Blinduloj (The Importance of Esperanto for Blind; London, 1914; 875.r.6) he tells the story written by Eroshenko himself about his first travels abroad and published in  La Ondo de Esperanto (January 1913) as an example of great use of Esperanto for blind people. 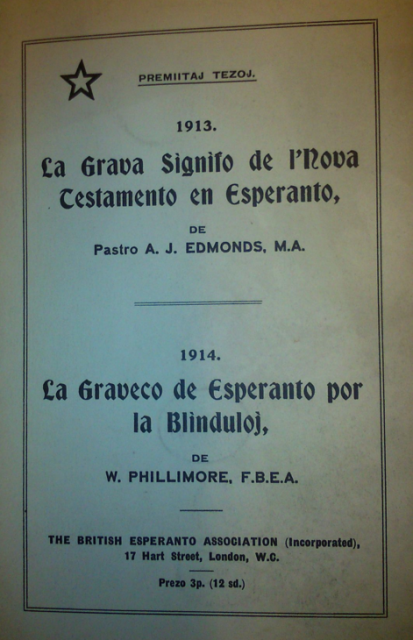 The memory of Vasili Eroshenko is alive: there is a small museum in his native village Obukhovka in Russia, the Charitable Foundation in Ukraine bears his name, conferences are organised to mark his anniversaries and study his works and ideas (like these virtual conferences in Russia Eroshenko i ego vremia – Eroshenko and his time), and new publications and translations appear regularly in various languages.

Every Esperantist has their own story to tell about “becoming an Esperantist”. I owe my fondness to the language and ideas of Zamenhof to a book about a life of one extraordinary man – Vasili Eroshenko.