It’s hardly a catch-penny title, as the title accurately reflects the contents: 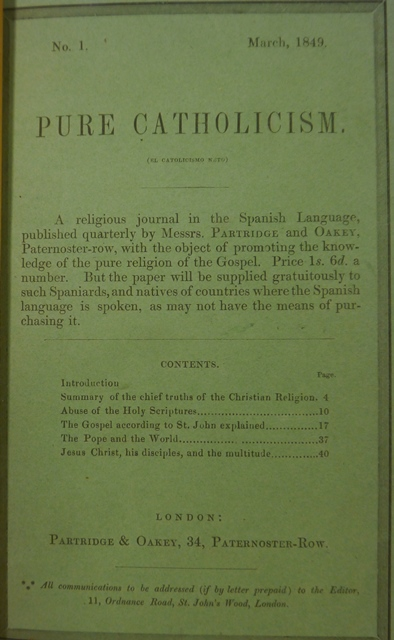 Pure Catholicism. (El Catolicismo Neto.) A religious journal in the Spanish Language, published quarterly by Messrs. Partridge and Oakey, Paternoster-row, with the object of promoting the knowledge of the pure religion of the Gospel.  Price 1s. 6d. a number.  But the paper will be supplied gratuitously to such Spaniards, and natives of countries where the Spanish language is spoken, as may not have the means of purchasing it. (London, 1849) RB.23.b.7452(1)

Look inside and you will find a tipped-in slip:

Spanish-language printing in London was often motivated by the desire to spread Protestantism among the Catholics, and the earliest authors so published were converts.

This copy bears the bookplate of Philip H. Calderon, with the motto “Por la fe moriré”. 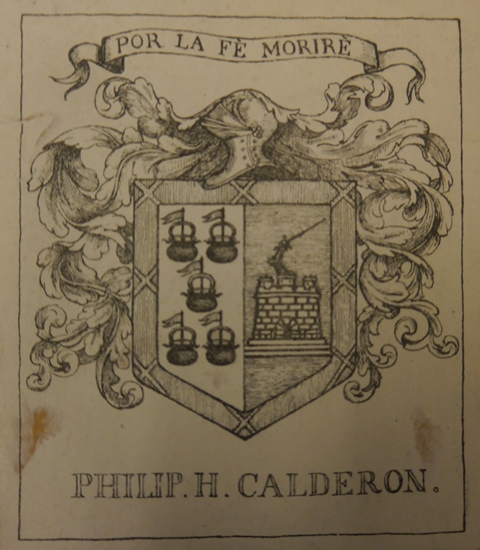 This is the artist Philip Hermogenes Calderon R.A. (1833–1898), historical genre painter. He was the son of the Revd Juan Calderón, a Spanish former priest who came to England in 1845 and became minister to the Spanish Reform church and professor of Spanish literature at King's College London (allow me as a King’s alumnus to remark that such posts were not as lofty as they sound); the faith referred to in the family motto is presumably Protestantism. 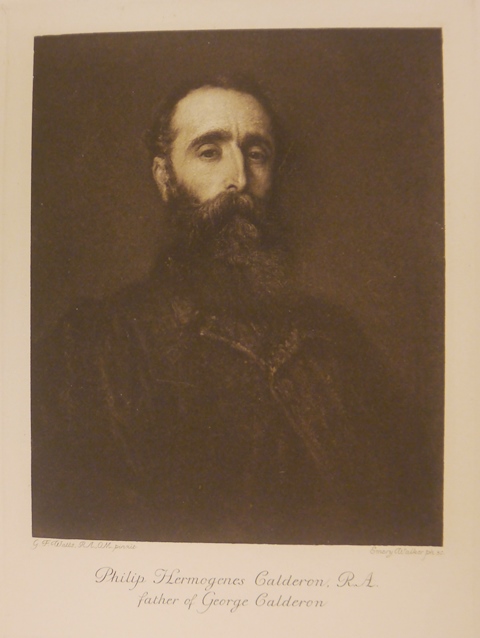 Much information about the family, and an interesting link with the British Library, can be found in Percy Lubbock’s memoir of George Calderon.

his knowledge [of Russian] was in some ways that of a scholar, and before long [in 1900] he took up a post in the library of the British Museum, where use was made of his special familiarity with certain Slavonic subjects.  (Lubbock, p. 41)

As the process [of research for a book he was writing] went on, he found it increasingly difficult to maintain, beside his regular work on the staff of the Museum. The implications of the book grew and spread, and at length it became clear that it could never be finished in by-hours; he left the Museum in 1903, and never afterwards held any professional post (Lubbock, p. 65). 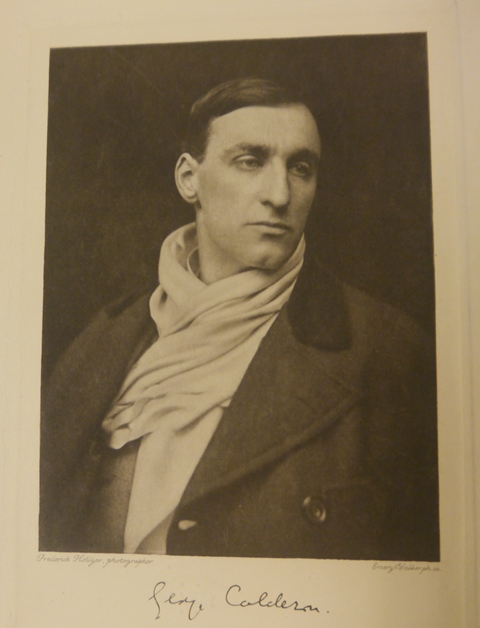 Descended from the ultra-orthodox seventeenth-century playwright Pedro Calderón de la Barca, the Calderons, grandfather, father and son, were both insiders and outsiders. Insiders because father was an RA, and his son, WWI victim and secretary to The Men’s League for Opposing Women’s Suffrage, boasted Rugby, Trinity and the Bar and the BML in his CV. Outsiders because the Revd Juan Calderón’s Protestantism made him a stranger in his own country and his grandson was a mediator between Britain and the literature of Russia.