What names come to your mind when you hear the words “Latvian literature”? Rainis? Aspazija? Čaks? If none of them, don’t worry. As Latvia takes the presidency of the Council of the European Union from Italy this month  there will be plenty of time to find out more about Latvian literature and culture in our rich Latvian Collections, starting with the first anthology of Latvian poetry in English translations compiled by W.K. Matthews.

The first name which comes to my mind is Imants Ziedonis. When I first read him, he sounded so original, so fresh, and so different! He had nothing in common with the dreadful socialist realism of the time. He even looked as a real poet should look! “When Imants Ziedonis appeared as a poet, it was a shock, an explosion, not only in Latvia but throughout the Soviet Union”, Andrei Voznesensky wrote. 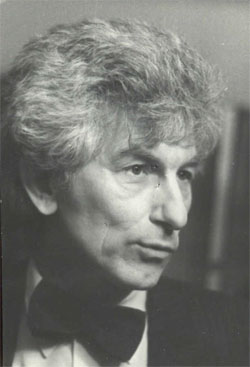 It so happened that my own literary debut in 1983 is linked to his work. As aspiring young translator from Latvian into Ukrainian I translated five of his children’s tales from Krāsainās pasakas (‘Coloured  tales’; the British Library holds the first edition with the beautiful illustrations by Aija Zīle; Riga, 1973; X.990/4018) and sent them to the publishing house Molod’ (Youth) where they appeared in the debutant almanac Vitryla (‘Sails’; some issues are held in our collections under the shelfmark ZF.9.a.10156)  Some of his ‘Coloured tales’ are translated into English. Here is the Yellow tale and the Green Fairytale.

A special project about the tales in Soundclouds was made by Lesley Moore in The Netherlands: https://soundcloud.com/colourtales.

The most frequently-translated of his prose poems are Epifānijas (‘Epiphanies’; published in three books in 1971-1994). The British Library holds the first Latvian editions, as well as translations into Swedish, Russian and Ukrainian (picture below). More translations are needed, and hopefully the Latvian Presidency will lead to better promotion of great Latvian poetry worldwide. 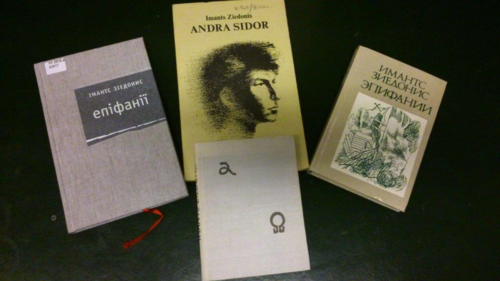 In the 1970s Ziedonis started to collect rich Latvian folklore, especially folk songs and tales, and created other tales himself. Besides the already mentioned ‘Coloured Tales’ he published:  Lāču pasaka (‘Tales of Bears’, 1976); Blēņas un pasakas (‘Twaddle and Tales’, 1980) and others. It is to be hoped that one day we will fill the gaps in our collections, which lack a lot of books for children from Central and Eastern Europe.

During perestroika Ziedonis joined the struggle for the renewal of Latvian independence. He was an active member of the Atmoda movement  and was elected to the Supreme Council of the Republic of Latvia in 1990. His funeral in 2013 was organised by a special state committee.

The poet lives on in his poetry. The charitable foundation Viegli which bears his name released two albums of songs with words by Ziedonis. You can hear some of them here.

As snow falls in many parts of the world, here is the beginning of “The White Fairy Tale” in   Barry Callaghan’s translation:

Virgin snow fell last night. Now the world is white. So white it’s a whiteout. The white hen laid a white egg, losing it in the snow. The white rooster’s white song flew under the eaves and froze, a hanging icicle. The white squirrel had white little squirrels who leapt onto white branches, and the squirrel couldn’t find them any more. A blizzard of trees – a white tree lost in a white day in the woods.
A twirl of white chimney smoke, and even ink in the bottle is white – I don’t know whether you’ll be able to read what I’ve written…. 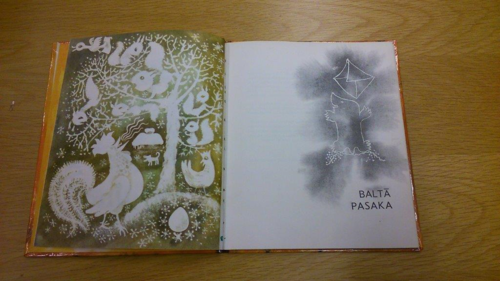 Illustration for the White Fairy tale by Aija Zīle.

Thankyou so very much for this posting and for introducing me (and others too, of course) to these wonderful coloured tales. I was going to say the White was the best - until I read the Green forest victory. I, too, love forests - especially the Siberian taiga which I am privileged to have spent much time in. But the Green tale reminded me of a long distance walk I did in England: I couldnt understand the bad smell on the sixth day, until I saw the motorway in the distance and realised that was what I could smell. What a stink, from miles away. Now I live in central London and dont notice it so much. But you have reminded me! Thankyou! I'm going to look at more of your references. Are you going to post more on this wonderful author? I do hope so!
Caroline

My translations of Imants Ziedonis are included in both my anthologies of contemporary Latvian poetry, the one published by the University of Iowa Press in 1984 and the Latvian book of my Baltic anthology, published by the University of New Orleans Press in 2013 - both available as e books. My translation of Imants Ziedonis' cycle of poems Butterfly Putsch is available as an e book.