The Grand Budapest Hotel: The Vanished World (of Autograph Manuscripts)

With five awards at 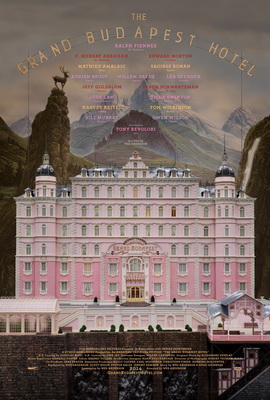 Sunday’s BAFTAs and nine nominations at the upcoming Oscars, The Grand Budapest Hotel (dir. Wes Anderson, 2014) has shown surprising staying power in the memories of the voting members, following its early release last year. We might say that the film’s stylised nostalgia – it’s a kind of a nostalgic film about nostalgia (one gets lost in all the narrative layers) – managed to evoke its own pang of nostalgia in the minds of the judges, when they came to vote.

It is precisely that yearning for a long-gone ‘age of security’ that is said to link the atmosphere of the film to the writings of Stefan Zweig (1881-1942), the Austrian bestseller who went into exile before the start of the Second World War. Drastic change and destruction in the first half of the 20th century cut Zweig’s care-free, aesthetic period so sharply, he would later refer to his ‘three lives’, a life dissected by war and exile. Writing in his memoirs, Zweig can see only too clearly, with decades of distance, how fragile the security of pre-war life was:

Today, now that the word ‘security’ has long been struck out of our vocabulary as a phantom, it is easy for us to smile at the optimistic delusion of that idealistically dazzled generation, which thought that the technical progress of mankind must inevitably result in an equally rapid moral rise (The World of Yesterday, translated by Anthea Bell,  p. 26). 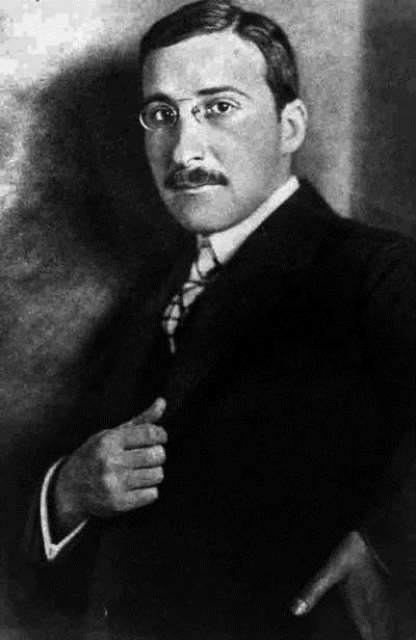 Through its framed narrative, The Grand Budapest Hotel adopts a similarly debunked perspective, which shows the demise of all the decadent features of European high culture that the hotel once represented. An unpopulated and worn-down anachronism it may be, but, as the proprietor (and the third or fourth layer of the narrative structure, depending whether we include Zweig himself, whose introduction to his novel Ungeduld des Herzens is quoted directly) Zero Moustafa deems, ‘I love it all, just the same. This enchanting, old ruin’ (Screenplay, p. 7).

The film plays on this tension between vivifying the traditions of old and dismantling them at every turn. As Nelson has it, Anderson ‘has always played around at collapsing with one hand the same meticulous dollhouse structures he’s built up with the other’ (Los Angeles Review of Books). The old world is not only threatened by the most obvious narrowing restrictions of a growing fascist presence (lead by ‘Henckels’, played by Ed Norton), but every paradigm of that world is undercut somehow. Monsieur Gustave’s (Ralph Fiennes) neo-romantic, and often nonsensical, verse is always interrupted, for example. Elsewhere, the Dutch-style portrait ‘Boy with Apple’, in pride of place in the mansion of the deceased Madame D, is replaced by an Egon Schiele nude, shocking its ornamental surroundings (before it, too, and the modernity it represents, is smashed to pieces). Zweig’s own neo-romantic beginnings (see his first collection of poetry, which he later disowned, Silberne Saiten,  British Library, W30/2847) and his uneasiness towards the radical turn in modernist culture (‘artificial wildness with desperate haste’, The World of Yesterday, p. 323) parallel these moments.

Zweig and Gustave are united in the European-ness of the hotel, this ‘refined, highly-cultivated society’ (Screenplay, p. 73), and when the hotel is not the main setting, the film moves to a train or another transitional space (Richard Brody). Yes, it is true that such settings lend a temporariness to the experiences, contributing to the threat of the coming fascism or modernity. Yet, they are simultaneously suggestive of a free Europe, of the potential for encounter, of new experiences. Zweig, as the quintessential European mediator of culture and ideas, felt, with the advent of restrictions to freedom of travel, the end of his life’s thrust. And, true to his model, Monsieur Gustave also begins to lose faith, after being first accosted during a security check on a train:

‘You see? There are still faint glimmers of civilisation left in this barbaric slaughterhouse that was once known as humanity. Indeed, that’s what we provide in our own modest, humble, insignificant -- (sighs deeply) Oh, f**k it’ (Screenplay, p. 31).

In an interview between George Prochnik, author of The Impossible Exile, an exploration of Zweig’s exile period, and Wes Anderson, printed in the collection The Society of the Crossed Keys, the director links this idea of Europe and encounter to the idea of ‘collection’. He says:

You can see why this turn of events would be the beginning of everything that became too much to bear. Not only because he was someone who had friends all over Europe and collected people actively […] He also collected manuscripts and books and musical scores, and he was gathering things from all over – among artists he admired (p. 15).

As Monsieur Gustave decides to sell his valuable artwork and move away with his lobby-boy companion, Zweig, too, sold the majority of his collected items by 1936. What remains, as ‘The Stefan Zweig Collection of Musical and Literary Autograph Manuscripts’, was officially donated to the British Library by Zweig’s heirs in 1986, while the hundreds of other once-owned manuscripts are mostly housed in the foundation of their original buyer Martin Bodmer in Geneva (Oliver Matuschek has produced a catalogue of Zweig’s pre-sale collection). Prochnik refers to the collection as a ‘museum of Europe’, so fitting for the Grand Budapest Hotel, ‘that would serve as a microcosm of the whole vast continent before it all got blown asunder’ (The Society of the Crossed Keys, p.16). Zweig lived inside, what he once termed, the ‘Welt der Autographen’ (world of autograph manuscripts), this museum of Europe. Yet, even in this world of creative nostalgia, elements of that same destruction are present in the form of the notes for a speech by Adolf Hitler (Zweig MS 158), sat between poems by Hesse and Hofmannsthal, and an article by Mussolini (Zweig MS 174). 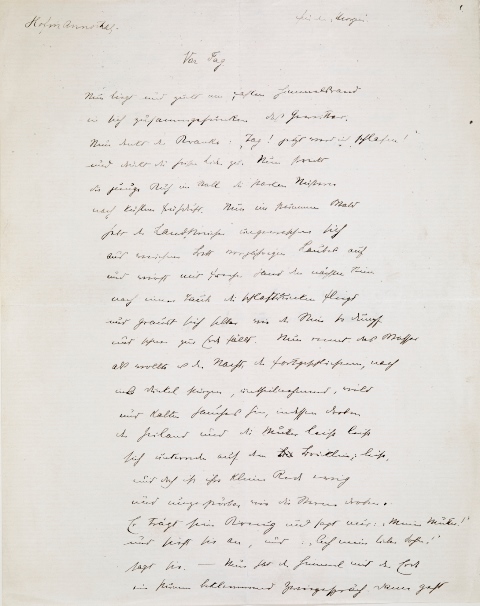 Describing the films of Wes Anderson, Michael Chabon relates them to the ‘boxed assemblages of Joseph Cornell’, and imagines both men summing up their work in the phrase: ‘I have put the world in a box’ (introduction to The Wes Anderson Collection, p. 23). Stefan Zweig , too, created his world in a box –  the manuscripts of European giants, ‘im brüderlichen Schrank’ (in the fraternal cabinet), where there is the productive encounter with ideas, creativity, difference.

As The Grand Budapest Hotel slowly retreats from its inner narratives, our storyteller adds: ‘To be frank, I think his world had vanished long before he ever entered it -- but, I will say: he certainly sustained the illusion with a marvellous grace!’ (Screenplay, 116). This world has indeed ‘vanished’ and yet continues to be ‘sustained’ through its staging in nostalgic homage, through representation – the ‘framing’, or ‘boxing’ of European cultural memory.