Some flights of Poe’s Raven – Mallarmé and Manet, Doré, and Rossetti

Thanks to the championing of his work by Charles Baudelaire and  later by Stéphane Mallarmé who, respectively, translated his prose works and poems, the reputation of Edgar Allan Poe (1809-1849) in France has always been high, and his influence on the Symbolist generation of writers, artists and composers enormous. Though Baudelaire largely avoided translating Poe’s poetry, he did translate, in 1853, ‘The Raven’ which thus has the distinction of having been translated by two of the greatest poets of the 19th century. Mallarmé’s translation, Le Corbeau, was, moreover, published in a de luxe edition in 1875 with illustrations by Édouard Manet, a volume which is generally considered to be one of the first and greatest examples of the modern French livre d’artiste.

Mallarmé first met Manet in 1873 and the two men soon became close friends. Manet’s portrait of Mallarmé in his study, now in the Musée d’Orsay, was painted in 1876, the year L'Après-midi d'un faune, their second book collaboration, appeared.

The publisher of  Le Corbeau was Richard Lesclide (1825-1892) who had also published another book illustrated by Manet – Charles Cros’s Le Fleuve (1874). The commercial failure of the two books meant the abandonment of another Poe project, a similarly translated and illustrated publication of ‘The City in the Sea’.

Le Corbeau, a bilingual, illustrated, large folio edition, was published in a limited edition of 240 copies (the British Library copy (shelfmark C.70.i.1) is no. 53) signed by Manet and Mallarmé. Manet’s illustrations were transfer lithographs (i.e. brushed with transfer ink on sheets of paper then transferred to zinc plates for printing); they were printed on laid paper (as in our copy) or on China paper. There were four full-page illustrations inserted between the double pages of Poe’s English text and, on opposite pages, Mallarmé’s translation, and also a head of a raven in profile (below left),  also used for the poster advertising the publication, and a flying  raven for the ex-libris (below right). 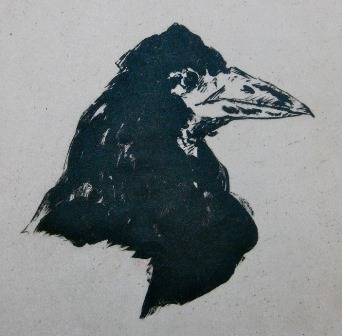 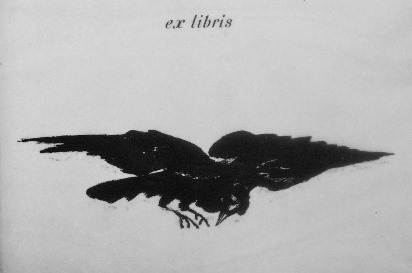 When the book was published Mallarmé was still an obscure poet but Manet was already an established, albeit controversial, artist. Accordingly, the title page gives greater prominence to Manet (whose name is in larger characters and printed in red, like Poe’s) than Mallarmé. Perhaps as a friendly gesture Manet, gave the narrator/poet Mallarmé’s features. 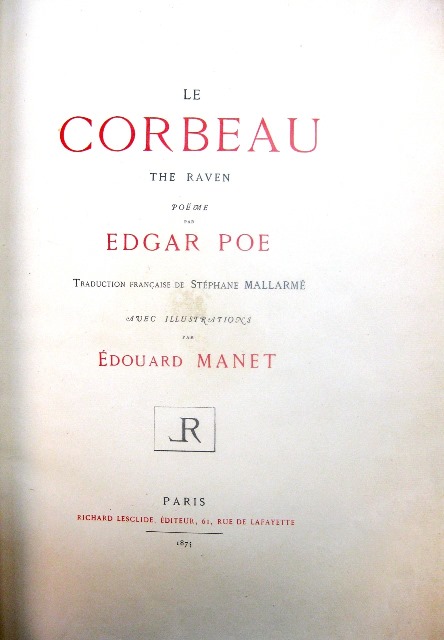 In Poe’s narrative poem, first published 30 years earlier, the poet, tormented by the death of his beloved Lenore, is visited by a raven, a bird of ill omen, but also the poet’s alter ego. It perches on a bust of Pallas Athene, the goddess of wisdom, and its repeated answer to the poet’s questions about his dead love is a relentless ‘Nevermore’ reminding him of his irrevocable loss. Manet’s four full-page illustrations show  the poet in his study (a claustrophobic, Nabi-like interior) [plate 1], opening the window shutters to let in the raven (revealing, in the process, a Parisian cityscape) [plate 2], staring up from his ‘cushioned seat’ to the raven [plate 3]. In the last illustration [plate 4] the poet has disappeared or, perhaps, been assimilated into the shadow of  the raven which can be seen on the floor, from which his soul ‘shall be lifted-nevermore’. 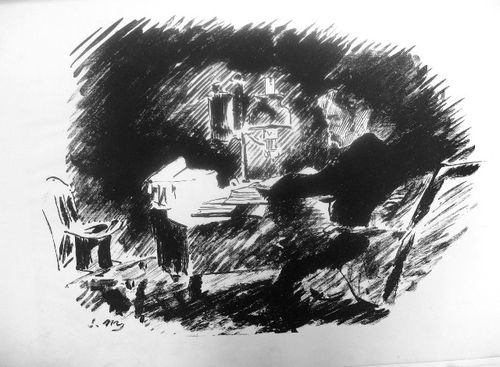 Plate 1 of Le Corbeau, “Once upon a Midnight Dreary (Sous la lampe)” 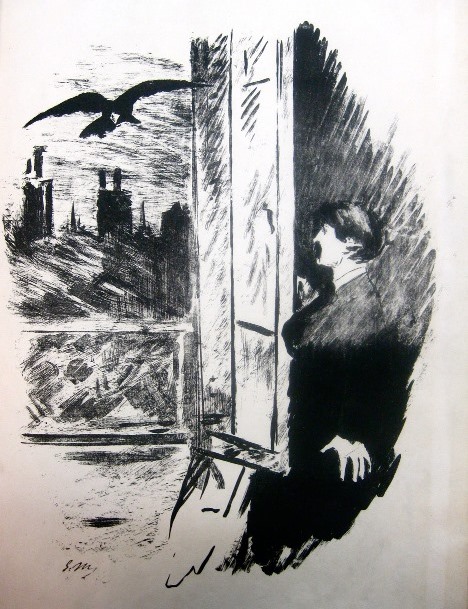 Plate 2 of Le Corbeau, “Open here I flung the shutter (A la fenêtre)”. 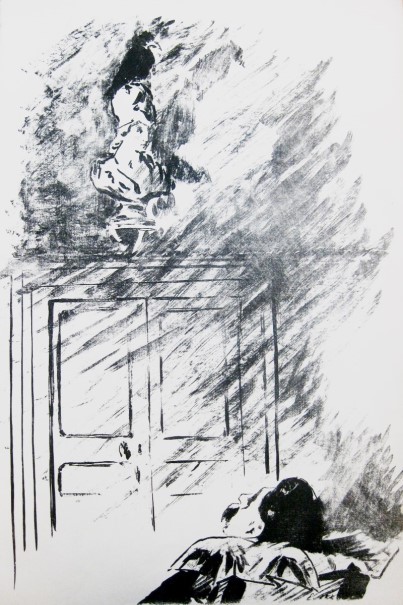 Plate 3 of Le Corbeau, “Perched upon a bust of Pallas (Sur le buste)”. 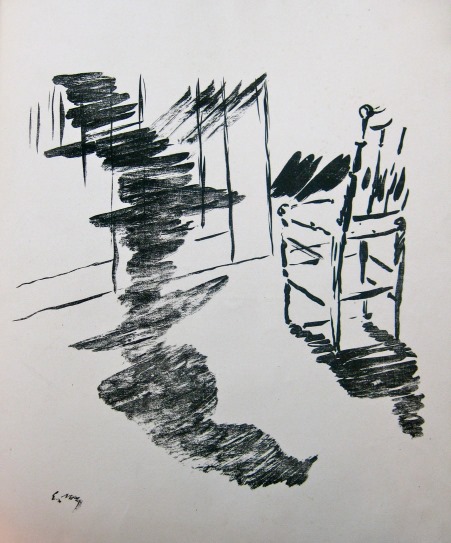 Plate 4 of Le Corbeau, “That shadow that lies floating on the floor (La chaise)”

The modernity and originality of Manet’s interpretation is best appreciated when compared to the steel engravings after Gustave Doré, his exact contemporary, in his last work, published in 1883. Doré’s engravings hark back to the work of earlier illustrators of the Romantic generation as well as to his own earlier works, emphasizing the supernatural atmosphere of the poem, showing, for example, the ‘Seraphim whose foot-falls tinkled on the tufted floor’, which Manet omits, or the body of the poet in the shadow of the raven. 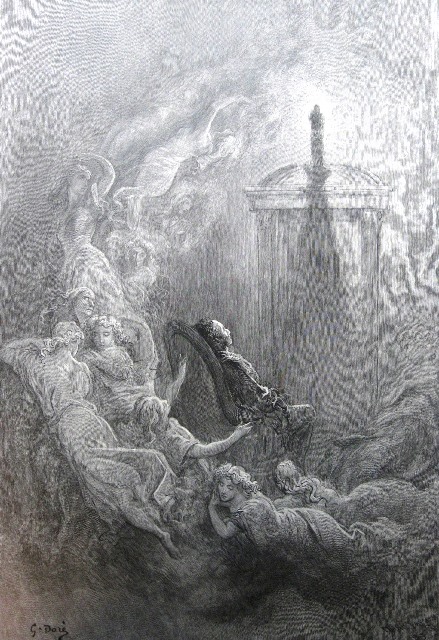 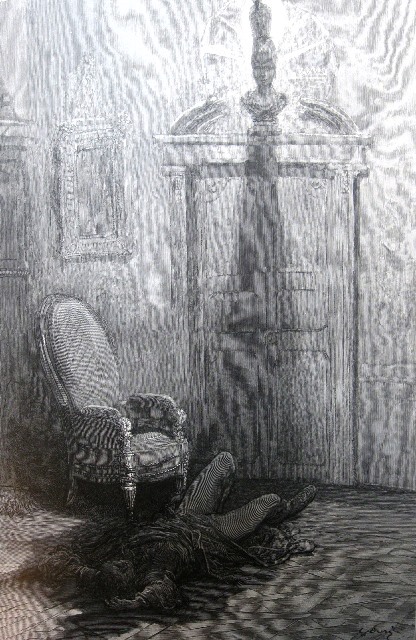 Doré’s illustrations, though published eight years after Manet’s, are closer to those of Dante Gabriel Rossetti’s four unpublished drawings (which were produced nearly 40 years earlier and are among his earliest works). Rossetti also shows the poet surrounded by angels and spirits, and his drawings range in style from a Faust-like unbridled Gothic composition to more ethereal depictions of angels that look forward to Pre-Raphaelitism. 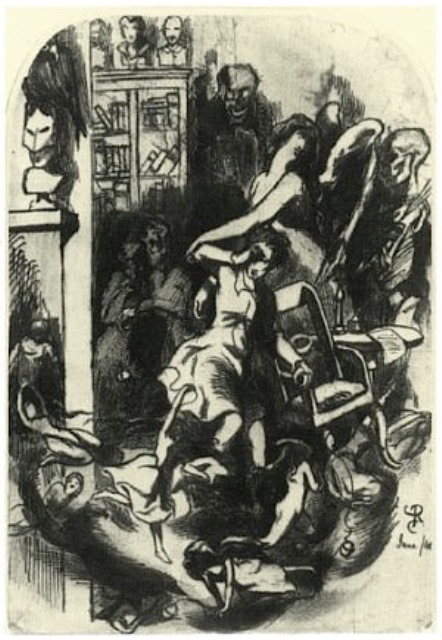 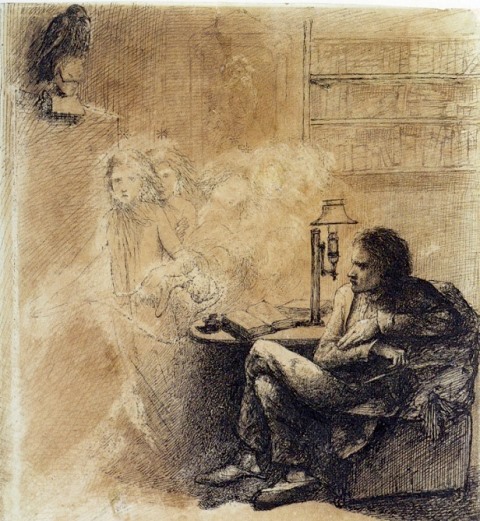 In 1881 Rossetti wrote to Jane Morris that he had been given a copy of ‘…a huge folio of lithographed sketches from the Raven, by a French idiot called Manet, who certainly must be the greatest and most conceited ass who ever lived. A copy should be bought for every hypochondriacal ward in lunatic asylums. To view it without a guffaw is impossible’. Was this extreme reaction due to Rossetti’s general dislike of the ‘new French School’ (Impressionism) or to professional jealousy?

Baudelaire and Poe: an exhibition in conjunction with the inauguration of The Center for Baudelaire Studies, Furman Hall, Vanderbilt University, April Nineth to Thirtieth, 1969.  ([Nashville], 1969). W17/7609.

Frances Carey and Antony Griffiths, From Manet to Toulouse-Lautrec: French lithographs, 1860-1900: catalogue of an exhibition at the Department of Prints and Drawings in the British Museum. (London, 1978). X.421/10785.