‘To the men and women of the British Empire … a Russian voice is speaking to you’: Once I Had a Home by ‘Nadejda’, an eyewitness account of the Russian Revolution?

The 1926 book Once I Had a Home purports to be the memoir of émigrée Russian aristocrat ‘Nadejda’, including diary extracts and remembrances. ‘Nadejda’ recounts her childhood in Tsarist Russia, and her early adulthood through the First World War, the February Revolution, the October Revolution, the Russian Civil War and her eventual escape aboard HMS Marlborough in 1920, alongside the dowager Empress Maria Feodorovna. Apparently, in order to protect the identities of those suffering persecution under the continued Bolshevik rule, most names have been changed. The narrative is explicitly addressed  ‘to the men and women of the British Empire’, a warning to take the dangers of socialist agitation seriously from one who had suffered it first-hand.

Or had she? The British Library catalogue lists Once I Had a Home under the authorship not of ‘Nadejda’, but of Phyllis M. Gotch, the daughter of Pre-Raphaelite artist Thomas Cooper Gotch. She was the model for some of his most successful paintings, most importantly The Child Enthroned, and had a number of books published. These ranged from illustrated ‘Boo-Bird’ children’s books in the 1900s under her own name (British Library 012803.a.49) to the novel Golden Hair in 1938, now in the guise of ‘Felise, Marquise de Verdieres’ (NN.28863), a title conferred from an ex-husband. In this work, 12 years later, Once I Had a Home is listed as the only other book ‘by the same Author’. 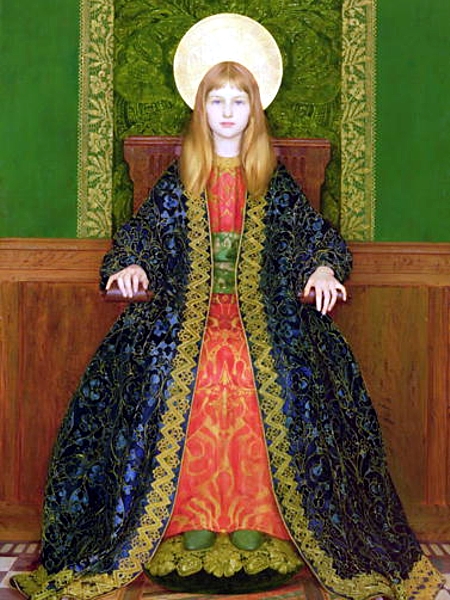 Once I Had a Home was published in the wake of a number of successful memoirs of the revolution by White Russian émigrés, such as The Real Tsaritsa, Lili Dehn’s defense of the Empress, and Anna Vyrubova’s Memories of the Russian Court. Material about Russia had high market value in the years after the revolution, and as Ben Yagoda writes of the memoir form, ‘in any society where a particular currency has high value and is fairly easily fashioned, counterfeiters will quickly and inevitably emerge’ (p. 243). There is little evidence whether the audience would have related to the bookas fact or fiction, despite its advertisements clearly labelling it as fact. The book itself is consistent in its claim that ‘a Russian voice is speaking to you’, and nothing in its publishing information betrays its secret. Title-page of Once I had a Home by ‘Nadejda’

So why would she write about the Russian revolution? As Phyllis Gotch related in a letter to a family member in 1960:

My Mother told me that perhaps their most outstanding visit was to Russia. They had many letters of introduction and were received by the Tsar’s Court. There were two court balls while they were there. My Mother went to them with the Embassy party, but her father could not make the effort. A special entertainment of gypsy songs and dances was given to both of them however, and the Tsar presented my Mother with a set of beautiful Russian dessert mats, all hand made and worked in gold, silver and fine silk. I have them carefully packed away at home. My Mother met many distinguished Russian authors and musicians while they were in St. Petersburg and she was actually given a manuscript copy of Tchaikovsky’s ‘Chanson Triste’. (Christopher Gotch, 2011. p. 196)

Possibly, her inspiration for ‘Nadejda’ came from her mother’s stories about the Tsarist court and its ‘mad, gipsy music’ (p.70). Equally, this could be an invented story used to bolster Gotch’s claims to aristocratic status – after her divorce she claimed to have inherited the Verdieres title. I have so far been unable to find any references to this trip elsewhere.

Judging from the book’s warnings against revolution, there may be another reason why it was written. Published in 1926, the first advertisement for Once I Had a Home in The Times came on the 22nd of October, some five months after the end of the General Strike in Britain and a month before many of the miners ceased their action. In its propaganda around the General Strike the government consistently played on fears of a British revolution, and the middle and upper classes responded to the call in force, volunteering in various ways to combat the strike. Writing such an anti-socialist book as Once I Had a Home may have been one of these ways.