The feckless fabulist who took on the Sun King: Jean de La Fontaine

For generations of governesses throughout Europe, seeking to impart to their pupils not only a knowledge of the French language but a sense of right and wrong, the fables of Jean de La Fontaine must have appeared as a godsend. Brief and entertaining, with their depiction of human foibles  wittily embodied in a cast of animals and birds, they neatly pointed out the consequences of vanity, idleness and extravagance and the rewards of honesty, kindness and hard work. Had they known a little more, however, about the author, his life and some his other works, the good ladies might have thought twice about selecting him as a moral exemplar for their young charges. 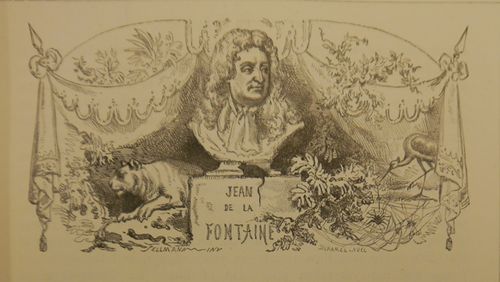 Jean de La Fontaine (1621-1695) was born in Château-Thierry on the western border of the province of Champagne, a small town surrounded by the woods and fields which provide the setting for many of his fables in a landscape traversed by the River Marne. His father and   grandfather had  both held a minor government post involving the supervision of waterways and forests, and after a brief flirtation with the Church the young Jean also assumed this office. His attitude to his duties was somewhat lackadaisical; although he held his position until the 1670s, he was castigated, years after his appointment, for his ignorance of basic forestry terms. While trees provided the matter for many of his fables, he had small interest in them for practical purposes.

His pliability in his choice of career extended to his marriage, in which he once more followed his father’s directives. The bride whom he took in 1647, Marie Héricart, came of a wealthy and well-connected family, and the difference in age (she was 14 years old) was not uncommon at that time. However, the marriage, which produced a single child, Charles, was not entirely successful; as his literary career developed La Fontaine spent most of his time in Paris, returning so infrequently that when he expressed a warm liking for a young man whom he met at a social gathering, he was startled to learn that this was his son. Though there was never a direct break between the couple, in 1658 Marie petitioned successfully for a séparation des biens which allowed her control of her own fortune, perhaps at the instigation of her relatives, who were concerned about La Fontaine’s improvident nature, allegations of gambling, and failure to draw a regular salary. Throughout his life, indeed, he frequently had recourse to the generosity of friends, rather more successfully than the cicada in his fable La cigale et la fourmi, who, appealing to the ant for help after spending the summer singing rather than gathering stores for the harsh times ahead, is rebuffed with the terse brush-off Eh bien! Dansez maintenant. 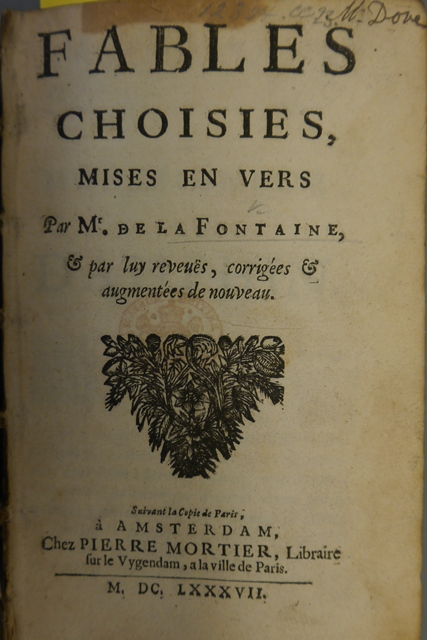 The lasting popularity of the Fables could not have been gauged from their initial reception. The publishers were initially reluctant to accept verses full of archaic vocabulary in irregular metres far removed from Louis XIV’s favourite alexandrines and later dismissed by Lamartine as  ‘vers boîteux disloqués’. For La Fontaine, however, his use of old French words was not mere pedantry but the natural consequence of his love of a much earlier tradition of beast fables represented by the old French Le Roman de Renart in which animals (notably the fox hero) behave in all-too-human ways. The frequently bawdy quality of these stories appealed to La Fontaine as much as the Italian sources which he adapted for his Contes (1665), which he defended against the criticism of king and court by claiming that they could not represent a moral danger because of their gaiety. He had, however, enjoyed a classical education, and when in 1660 Nevelet’s edition of Aesop appeared, this stimulated him in a new direction.

Although not intended for children (whom La Fontaine is said to have disliked), the first volume was dedicated to the six-year-old Dauphin and won the author an invitation to court, where he was wined and dined by Louis XIV and presented with a well-filled purse which, with characteristic carelessness, he left in the cab which took him home.

The animal fable provided a useful means of expressing the poet’s views on human folly in a period which had seen the two Frondes causing devastation in France, causing him to reflect on the cruelties inflicted in the name of religion and the pursuit of power. A lion is brought low by a mosquito who in turn falls victim to a cunning spider; the death of a rabbit in the claws of an eagle leads to a train of calamities involving Jupiter himself; a mighty oak’s inflexibility literally proves his downfall while the humble reed survives by bowing to the wind. The universal quality of these fables soon won them many translators and illustrators, including Gustave Doré (1866-68; British Library 1870.a.3). They inspired numerous adaptations and imitations, including the much-loved Russian fables of Ivan Krylov (1769-1844), Ukrainian fables by Leonid Hlibov (1827-1893) and those by Antonín Jaroslav Puchmayer (1769-1820), one of the notable works of the Czech National Revival. 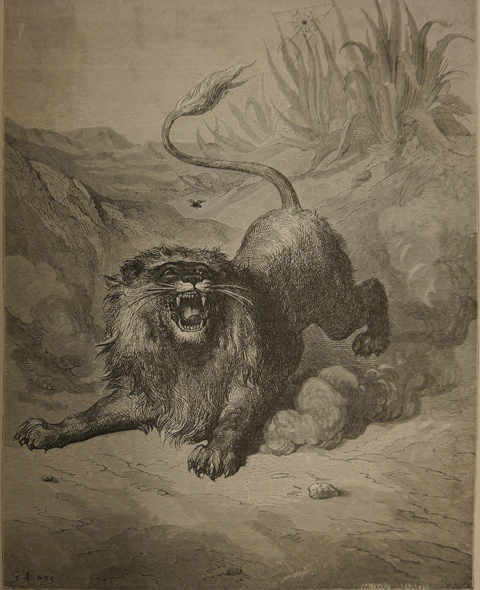 The British Library holds translations of the Fables into many languages including Catalan, Esperanto, Hindi, Afrikaans and Welsh. Readers may also see an autograph manuscript of Le loup et le renard (Egerton MS 3780: 1690-1691) bearing La Fontaine’s signature, and another  manuscript of five poems in the Stefan Zweig collection  (Zweig MS 165: 1660). Recalling Louis XIV’s distaste for La Fontaine’s writings (not least for his criticism of the king’s love of la gloire and all things warlike), we may speculate on the pleasure that the poet who portrayed the least of his country-folk so sympathetically  would have derived from seeing his writings among the treasures of a library freely available to all.