Ludvík Vaculík  died on 6 June at the age of 88 – exactly three weeks before the anniversary of the manifesto which established him as one of the most significant figures of the Prague Spring in the fight for a more free and open political climate which ended as the Soviet tanks rolled into Czechoslovakia on 21 August 1968. 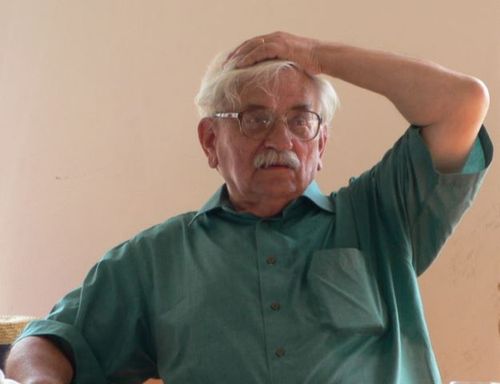 Vaculík was born on 23 July 1926 in the Moravian village of Brumov as the son of a carpenter, and worked in a shoe factory before moving to Prague after the Second World War. He embarked on a literary career, and as a member of the Czechoslovak Communist Party he attended the fourth Congress of the Union of Writers in July 1967, a year after the publication of his first major novel Sekyra (‘The Axe’: Prague, 1966; British Library X.909/8373). This account of a middle-aged journalist revisiting his Moravian childhood home in the country and discovering letters which cast a new light on his father’s past and cause him to re-evaluate their relationship, with its portrayal of the pressures on family loyalties in a changing world, foreshadowed the speech which Vaculík made at the congress. His criticism of the Party’s restrictive cultural attitudes and failure to tackle social issues led to his being expelled from it, and a year later he continued his attack on its moral bankruptcy in his manifesto Two Thousand Words to Workers, Farmers, Scientists, Artists, and Everyone, published in several  Prague newspapers. Although his fellow writers had welcomed his outspoken address but doubted whether it would have any lasting effect, many of them signed the manifesto, setting themselves firmly against the conservative stance of the country’s president Antonín  Novotný, who had tried but failed to control the union’s activities.

Vaculík’s fears that Warsaw Pact forces might intervene in Czechoslovakia’s internal affairs proved only too well founded. He called on his readers, if this should happen, to hold their own and not indulge in any provocation, but his outright rejection of the Communist Party’s leading role attracted the attention of Leonid Brezhnev and his followers  and led to the ‘Brezhnev Doctrine’ of applying force when socialism was perceived to be under threat.

As censorship tightened following Gustáv Husák’s rise to power in 1969, Vaculík launched the samizdat  press Edice Petlice (‘Padlock Editions’) in 1973, publishing works by Václav Havel and other dissident authors. (The British Library holds several examples of Vaculík’s own feuilletons in its Czech samizdat collections at Cup.410.f.816, YA.1996.a.2010 and YA.1991.a.6612.) In 1977 they banded together to formulate and sign Charter 77, leading to police interrogations of Vaculík, Havel and other signatories. Vaculík was aware of the danger that the charter might lose its relevance to those outside Prague intellectual circles, and did much to prevent this through his lively criticism. 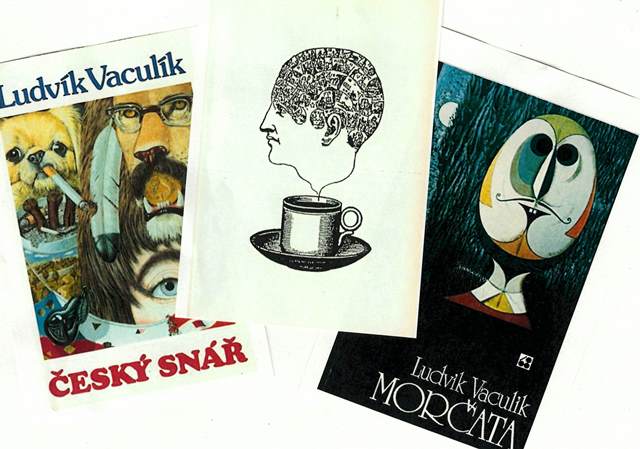 Although the ban on Vaculík’s writings was lifted in 1989 and he continued to address cultural and political questions in his weekly column in the newspaper Lidové noviny, it is the novels which he wrote before this which have been most widely translated in the West. These include, as well as The Axe, Morčata (‘The Guinea Pigs’; Toronto, 1977; X.907/18130; English translation X.989/30871), the story of a banker whose increasingly arbitrary experiments on his sons’ pets (spinning them on revolving gramophone records and forcing them to swim under water) mirror the manipulative practices of the Czechoslovak authorities under Communism. His memoirs of his experiences as a dissident, A Cup of Coffee with my Interrogator: the Prague chronicles of Ludvík Vaculík  (London, 1987) is also available to English-speaking readers (YH.1988.a.401). They bear witness to the resilience of spirit and acute sense of the absurd which enabled him to survive the soul-crushing repression of the Novotný and Husák years, and to support the people of Czechoslovakia in their progress towards a society where freedom of speech and truth could finally prevail.