A few weeks ago the $10,000 Read Russia Prize 2015 was won by Vladimir Sharov’s Before & During, translated by Oliver Ready and published in 2014 by Dedalus books. The novel beat new translations of novels by Tolstoy and Dostoevsky; Sharov is a towering intellectual presence who stands comparison with these greats of Russian literature. 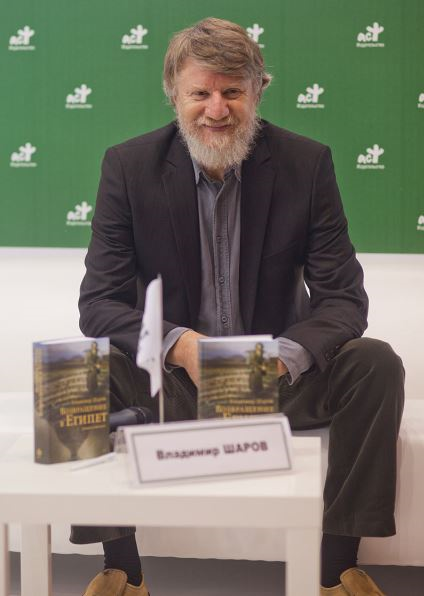 Vladimir Sharov at the Moscow International Book Fair in 2013. Photo by Dmitry Rozhkov from Wikimedia Commons

Dedalus prides itself in publishing books which are different and unlikely to be picked up by another English-language publisher. Bizarre, fantastical, intellectual game-playing novels appeal to us, books which are very European in style and content. We use the term ‘distorted reality’ to describe such works, but Before & During must be the most extraordinary novel which we have published in the last 30 years. 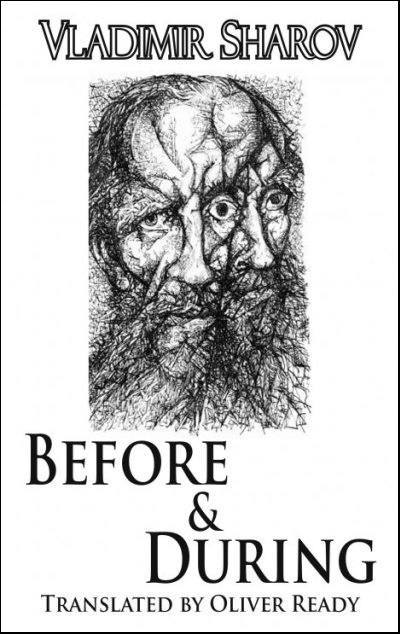 Before & During blends Soviet communism with religion, a hundred years of history with the drama of everyday life, and gives a voice to individuals denied one in the Soviet era. The most unusual character in the book is Nikolai Fyodorov the ascetic philosopher, who believed the human race was to be saved by the self generation of its ancestors replacing human reproduction. Indeed the heroine of the novel is the self-replicating Madame de Staël. We start off with the 19th-century Madame de Staël and end up with the 20th-century begetter of the revolution, mother and then lover of Stalin. Tolstoy and his followers for a time take centre stage in the novel, and we learn that Tolstoy’s oldest son is in fact his twin brother whose gestation was delayed and was carried on by Tolstoy’s wife.

Although Sharov’s writing has been described as magical historicism and is full of fantastical occurrences it does not read like science fiction or fantasy. The quality of the writing transcends all else. It is, as Rachel Polonsky writes in a July 2015 article in the New York Review of Books  “at times funny, at times so piercingly moving, so brimful of unassuaged sorrow, that it causes a double-take.”

Whatever I say cannot prepare the reader for what he or she will read, especially for readers not versed in Russian culture and history, so get ready to be surprised and start reading.


Other works by Vladimir Sharov in the British Library

Posted by Olga Kerziouk at 10:00:00 in Literature , Publishing and printing , Russia , Translation