From Boulogne-Sur-Mer to Lille

In a week’s time an important event will take place in the northern French town of Lille. Esperantists worldwide will meet again for their biggest annual gathering, the World Congress of Esperanto  – and this year for the 100th time.

As a curator of Esperanto Collections I am asked more often than I would like: “Is Esperanto still alive? Does anybody speak Esperanto these days?” and other rather annoying questions. I usually congratulate the person on meeting their first Esperantist (i.e. me) and invite them to check our rich Esperanto Collections. Type the word “Esperanto” in our electronic catalogue “Explore the British Library” and you will be surprised to find a lot of books, journals, musical scores in Esperanto (original literature, translations, history of Esperanto clubs, biographies of famous Esperantists etc.) and about Esperanto and Esperantists. 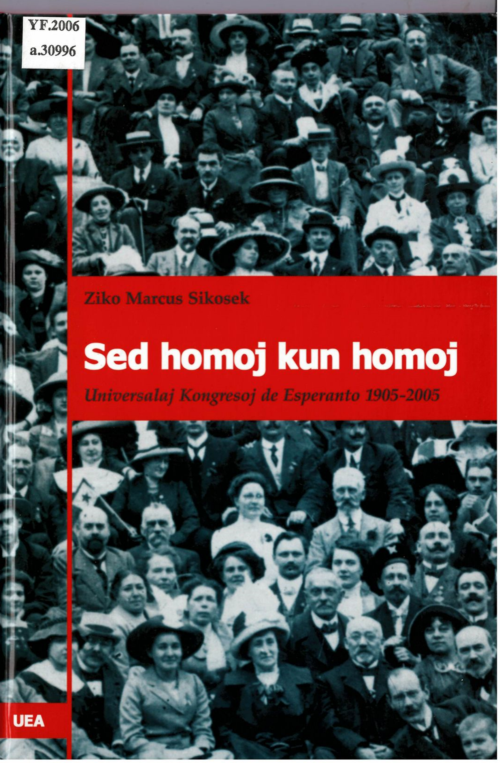 No lack of information about World Congresses of Esperanto either. In 2005, to mark the 90th Esperanto Congress in Vilnius, Lithuania, Ziko Marcus Sikosek compiled  a good guide, Sed homoj kun homoj. Universalaj kongresoj de Esperanto 1905-2005, in which you can find most useful information about the history of the congresses and their chronology. The title of the book comes from the famous speech by L. L. Zamenhof, creator of Esperanto, in 1905 in Boulogne-Sur-Mer, where the first congress took place. It emphasises the fact that during Esperanto  congresses all language barriers fall apart and everybody communicates with each other just as “a human being with human beings”. 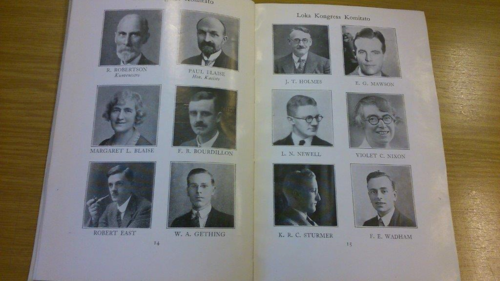 Members of the Organisation Committee for the 22nd World Congress of Esperanto in Oxford (from XXIIa Universala Kongreso de Esperanto...; Oxford, 1930; 12902.aa.62)

For each congress the Organization Committee (called in Esperanto LKK - La Organiza Komitato, picture of above) prepares a guidebook about the host country (some of these guides are part of our collections – photo below) 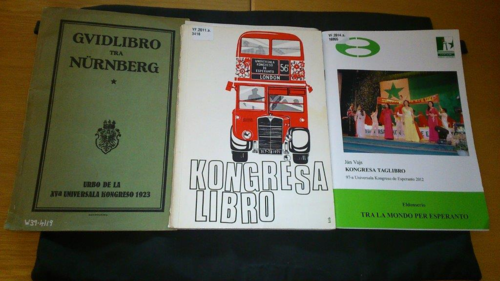 Postcards, and sometimes stamps, are issued for each congress. The biggest collection of congress memorabilia is held in the Esperanto museum in Vienna, now part of the Austrian National Library. 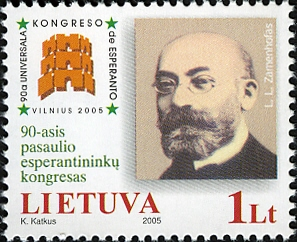 Stamp of Lithuania for the 90th World Congress of Esperanto  in Vilnius, 2005 (From Wikimedia Commons)

The Esperanto movement has a rich history of prominent people from many countries who took an active role in organising the congresses. Amongst the pioneers I would like to mention Hippolyte Sebert, the French general and scientist, who learned Esperanto in 1898 and then dedicated many years of his long and active life to the organization of the Esperanto movement and congresses. The British Library holds his early books in French (about artillery, and a treatise about trees in New Caledonia), as well as edition of his letters to Zamenhof during 1909-1913, compiled and edited in Japan (Kial ludoviko abdikis? 1990; YF.2009.a.15613)

Nowadays many people researching their ancestors consult guides and books about the congresses, looking for their family members known to be enthusiastic Esperantists and travellers in their youth (or later years). Here is what the list of participants for the 4th Esperanto Congress in Dresden looked like (from Kongresa Libro;  Dresden, 1908;  YF.2012.a.27394). 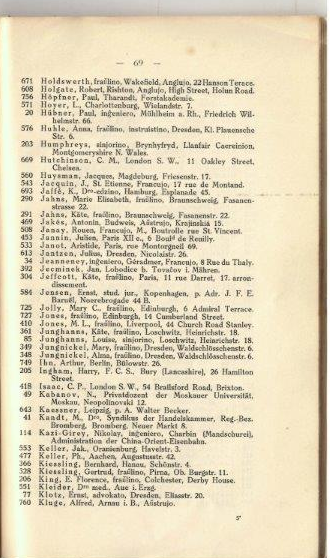 These days the programme of 100th World Congress of Esperanto is easily available to all on the Internet.  At the moment 2485 Esperantists from 82 countries have joined the congress in Lille. Some will join on arrival. If you happen to  be in Lille between 25 July and 2 August 2015 pay attention to the languages spoken on the streets, hotels, in public transport.  You have a lot of chances to meet your first Esperantist and find out how very much alive and kicking the language is! And, as very recent events show, citizens are ready to be taken into custody and pay fines, as during the protests against the renaming of Esperanto Street in Kazan, the Russian Federation.

“Important event”, I said? Yes! It proves that the neutral “artificial” language, created in 1887, lives and prospers, bringing joy and all kind of social activities to its users (picture below from the 4th congress in Dresden in 1908), and starts to attract more researchers to study this  unique socio-linguistic phenomenon in depth. 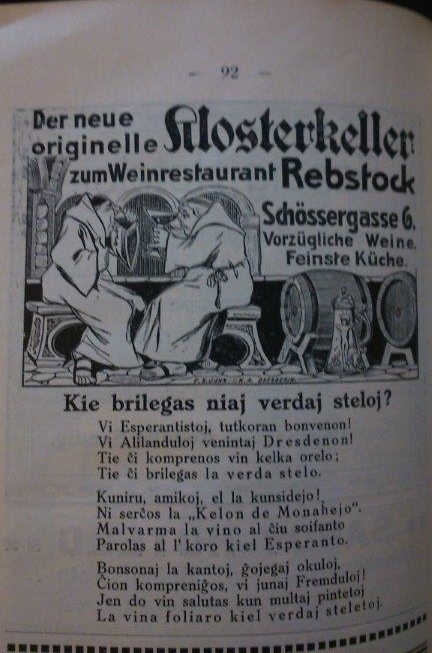 Saluton
Thank you for the great article. Yes Esperanto is alive and perhaps we should mention what is going on on the internet. DUOLINGO is on the way to reach 100 thousand learners (or people who at least show interest). And all the Esperanto online activity !