On 19 August 1839, the astronomer François Arago demonstrated to the French Academy the startling new photographic process invented by Louis Daguerre, by which an object was imprinted on a metal plate without human intervention, through the action of light alone. Within just a few weeks, budding daguerreotypists had learned the technique and set off to try their luck in far-flung destinations across Europe, Africa and the Near East.

This was no easy task: the travellers had to transport nearly 300 pounds of equipment, dangerous chemicals and inconvenient supplies; with no precedents to guide them in climates very different from that of Paris they had to experiment with lighting, aspect, exposure times, chemical combinations and conditions for developing the pictures; they often had nothing to show for their efforts but a blank plate. Where they succeeded, however, they produced the first photographic images ever made of these regions, having enormous historical and aesthetic importance, and inaugurated a practice which would forever alter the experience of travel.

But for the foresight of an enterprising Parisian optician and maker of scientific instruments named Noël-Paymal Lerebours, there would be little evidence of this pioneering photographic activity: the daguerreotype process does not allow the plate to be reproduced and few originals survive. Lerebours gathered together over a hundred of these daguerreotypes, had them traced and then engraved: the resulting Excursions daguerriennes: Vues et monuments les plus remarquables du globe (Paris, 1841-42; British Library 1899.ccc.18) was the first book to be illustrated from photographs. The images represented sites throughout Europe, from Russia and Sweden to Spain (fig. 1) and Greece; around the Mediterranean from Algiers to Beirut (fig. 5); and further afield to the Americas (fig. 2). 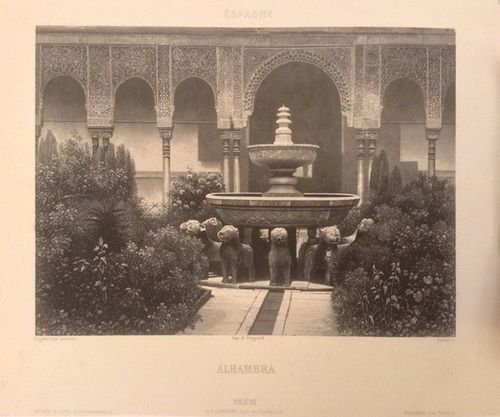 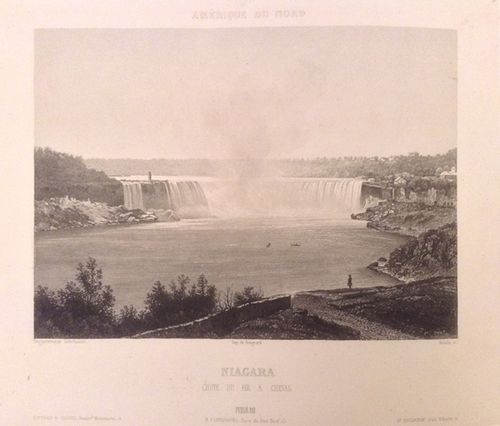 Each image was accompanied by a text signed, in most cases, by a professional critic or man of letters. The photographers, on the other hand, are not indicated and most are therefore unknown.

There are two notable exceptions. Gustave Joly de Lotbinière, a Swiss-born Canadian seigneur who was in Paris en route to the Near East when Daguerre’s invention was announced, and Frédéric Goupil-Fesquet, a student of the French painter Horace Vernet whom he was preparing to accompany to Egypt and the Levant, both grasped the potential of the new process and quickly availed themselves of it. Joly left for Greece on 21 September 1839 and became the first person ever to photograph Athens; over the following eight months he took daguerreotypes of Egypt, Syria, Lebanon, Palestine, Cyprus, Rhodes, Istanbul, and Malta. Goupil-Fesquet left for Egypt with Vernet in October, taking a slightly different route through the Levant and back to France by way of Izmir and Rome. Both photographers kept journals of their travels and drew upon them for the texts that they wrote to accompany their images in Excursions daguerriennes. Joly contributed the chapters on the Parthenon, the Propylaeia, the temple at Philae, the Temple of the Sun at Baalbek and the Muslim cemetery at Damascus. Goupil-Fesquet produced those on Pompey’s Pillar, the harem of Mehmet Ali in Alexandria, Luxor, the Great Pyramid, Jerusalem, Beirut, Acre and Nazareth.

Photography offered unprecedented benefits over other means of recording travel.  As a process in which the object or site imprinted itself upon the plate, it was considered to have a realism, immediacy and authenticity unavailable in other media. Not that anyone was naïve about this: for example, the Introduction to the Excursions states openly that human figures were added to the engraving to “enliven” the picture. And Joly and Goupil-Fesquet both emphasise the limitations of the new medium: its restricted frame, its inability to reproduce colour, its dependence on variable conditions of light and atmosphere, the ways a view could change in the long exposure times necessary. On the other hand, photography could provide a useful corrective to previous travel albums, in which the views were “always modifed by the taste and imagination of the artist”.

Both Joly and Goupil-Fesquet called the daguerreotype to witness in this assault on the myths and clichés of the picturesque tradition. The ultra-rational Joly is especially sarcastic, mocking the lyrical fantasising of his Romantic predecessors such as the poet Alphonse de Lamartine, author of a famous Voyage en Orient (1835), and stating the more prosaic truth. His images, striking as they are, take an unsentimental approach: his view of the Parthenon from the northwest, for example (fig. 3), shows the crumbling building surrounded by rubble, with a modern hut in the foreground, the mosque which stood in its centre until 1842, and the marks on the columns made by cannonballs during the Greek War of Independence. 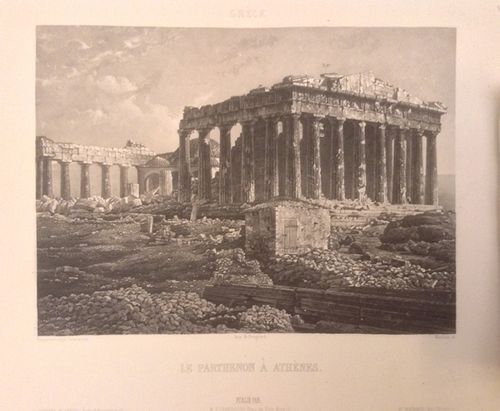 Goupil-Fesquet was more polite but no less keen to avoid the stale conventions of travel literature. Of his image of Luxor, he states: “The reader will look in vain […] for some propylaeum, sphinx, obelisk or other gigantic fragment which is indispensable to every Egyptian site.  However, it is Luxor, nothing can be truer […].”  Instead of these tropes, “well known to everyone,” the image depicts an ordinary scene of boats on the Nile being repaired or prepared for sailing, modern houses in the centre, and a minaret on the right (fig. 4). 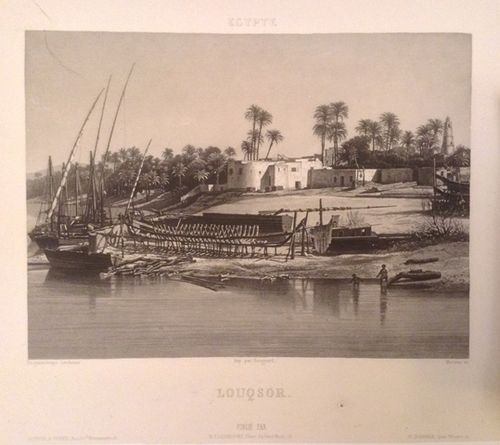 His impressive view of Beirut (fig. 5), looking over the rooftops toward Mount Lebanon with the Palace Mosque in the centre, retains the laundry hanging on the lines and between the crenellations on the walls, while modern villas in the light, airy countryside of the background contrast with the dense, strongly shadowed jumble of buildings in the old city, cut off at the bottom, in the front. 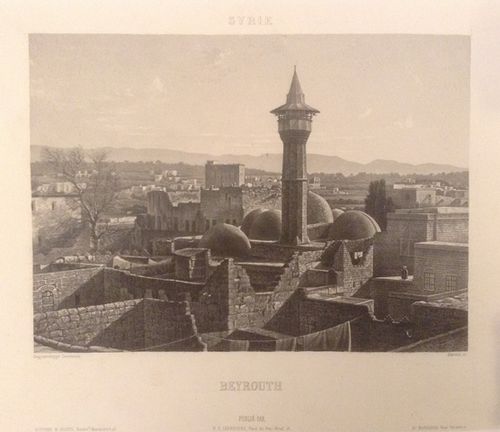 Travel photography would soon establish its own clichés and stereotypes. But in this initial stage, it offered a new approach to travel literature, one which exposed the old falsehoods while also making clear the contingency of the picture, plunging the reader into the immediacy and unpredictability of the experience itself. With its 111 images from the earliest period of photography, the Excursions daguerriennes is an especially significant example from the British Library’s outstanding collections of both foreign-language and photographically illustrated books.