35 years ago, on 31 August 1980, the Gdańsk Agreement was signed between the strikers of the Lenin Shipyard and the government of the Polish People’s Republic. The Solidarity movement was born.

Poland was a signatory state of the Helsinki Final Act,  signed at the Conference on Security and Co-operation in Europe in 1975. This had a tremendous effect on future developments in Poland and subsequently in other countries of the Eastern bloc. Inspired by the Helsinki agreement regarding human rights and civil liberties the dissident movement led to the rise of the unofficial publishing network in 1976. Independent publications produced underground began to infiltrate intellectual circles in Polish society.

The formation of the Solidarity movement in August 1980 resulted in the expansion of opposition publications on an unparalleled scale. Though it may seem strange, the declaration of Martial Law in December 1981 and the repressions that followed did not weaken the underground publishing output. It is estimated that between 1976 and 1990 some 3,000-4,000 independent periodical titles and over 6,000 books and pamphlets were published. The underground publishers and publications are known in Poland as drugi obieg (‘second circulation’). 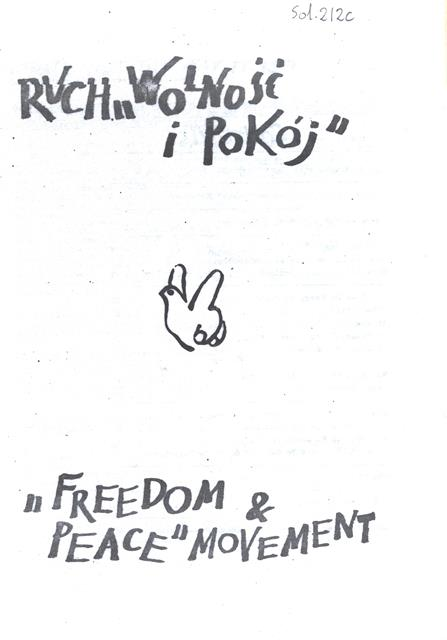 The collection that found its way to the British Library is named after the Solidarity movement. The name, however, does not reflect the pre-1980 holdings in the collection. Throughout the 1970s and 80s the main means of acquiring dissident material was via anonymous donations. Young Poles travelling to the West smuggled clandestine publications so as to distribute them to Western academic institutions. The British Library was one of the repositories. The curators of the Polish collections at the time also contributed to the growth of this collection.  Their visits to Poland created the opportunity to obtain illegal publications which they then took out of the country secretly.

The situation changed in 1990. The Library bought its first large collection of independent material, consisting of some 900 items, from a private collector in Lublin, Marek Szyszko. There are 808 books in this collection and all the records are tagged with the name of the collector. In 1999 the Library was offered part of the collection of Marek Garztecki, a Polish journalist exiled in London and director of the Solidarity Information Office in London. The collection consisted mainly of some 4,000 underground periodical parts, filling many gaps in the existing holdings. In 2007 a small collection of ephemeral Solidarity publications was purchased from John Taylor, a former London-based Polish Solidarity Campaign activist. Thanks to a generous donation in 2010 of some 1,700 journal parts and about 500 books from the Polish Library in London the collection expanded greatly.

As of in August 2015 the collection consists of 1,759 books, 831 periodical titles and 469 ephemeral publications. All the items are physically stored together at the range of shelfmarks with the prefix Sol. followed by the consecutive numbers 1-911. Books are stored at Sol. 200, 200 a,b,c,…270 w and journals at Sol. 1-199 and Sol. 271-911.  Most records include a note “Polish samizdat publication” and a keyword search enables identification of the relevant items in the catalogue. All the ephemeral publications are located at the shelfmark Sol. 764, and the collective title Polish ephemera applies to the group as a whole. 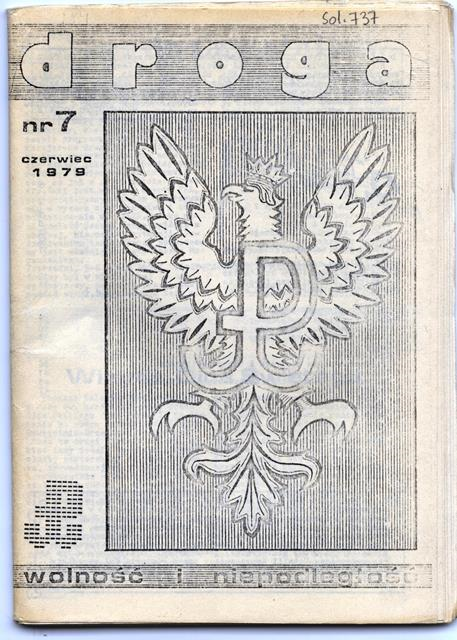 The collection includes uncensored works by Polish writers whose books were banned from the official market such as Kazimierz Orłoś, Tadeusz Konwicki or Marek Nowakowski. Then follow reprints of émigré publications and translations from foreign languages, including works of such outstanding writers as George Orwell, Kurt Vonnegut and Josip Brodski. Newspapers, journals, bulletins, pamphlets, collections of documentary material and photographs, as well as the ‘flying university’ lectures, one-leaf factory news-sheets, posters, postcards, calendars and Solidarity postage stamps complete the holdings. Most of the material was published on very poor quality paper and in small formats due to paper shortage, although it is worth noting that some books were lavishly printed, e.g. George Orwell’s Animal Farm published in Krakow in 1985.  However, many books and pamphlets have incomplete imprints or no imprints at all. 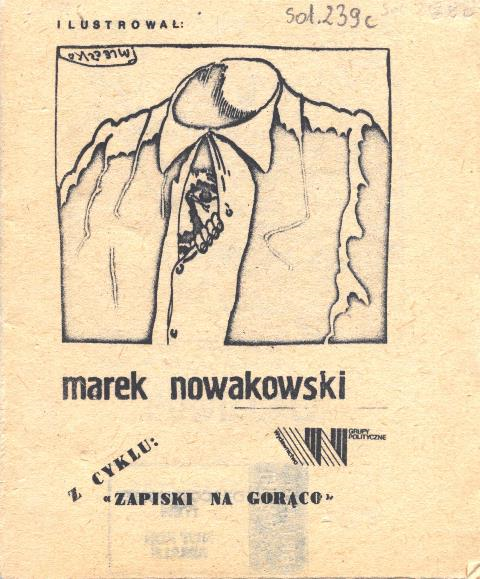