The years between 1910 and 1913 were an opportune time for publishing house Adam & Charles Black to produce a series on Russian culture for a British audience. 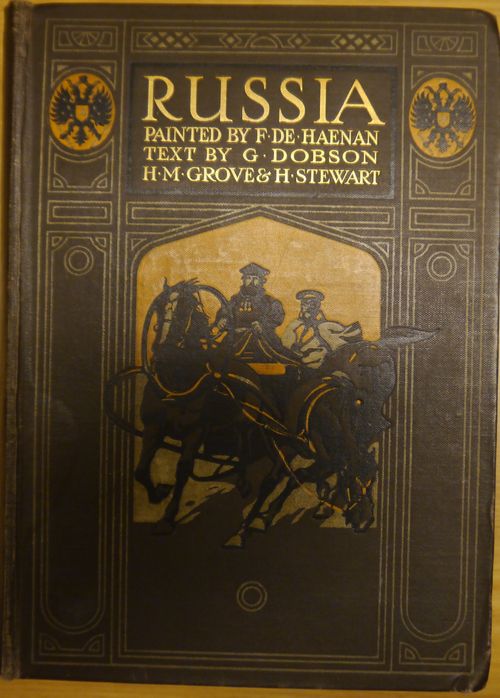 George Dobson’s St. Petersburg (1910), Henry M. Grove’s Moscow (1912.) and Hugh Stewart’s Provincial Russia (1913) are all stand-alone works, collected together in 1913 for the larger and more expensive volume simply titled Russia. A further book aimed at younger readers had been produced in 1910 as part of the Peeps at Many Lands series. Colourful illustrations by Frederic de Haenen accompany all five works, showing a picturesque side to Russia far from the Russophobic caricatures the British public would have been used to. Conservative concerns about the threat posed by Russia to the British Empire, and Radical opposition to the Autocratic form of government, had long nurtured suspicions about Russia. The growing threat of German militarism to British imperial interests and the democratic gains achieved after the 1905 revolution allayed these fears somewhat, opening up space for a more positive view. Between the Anglo-Russian entente  of 1907  and the beginning of the First World War vigorous attempts were being made to build mutual understanding between the two countries, and a historic visit by members of the Duma to Britain in 1909 raised the interest of the public further. 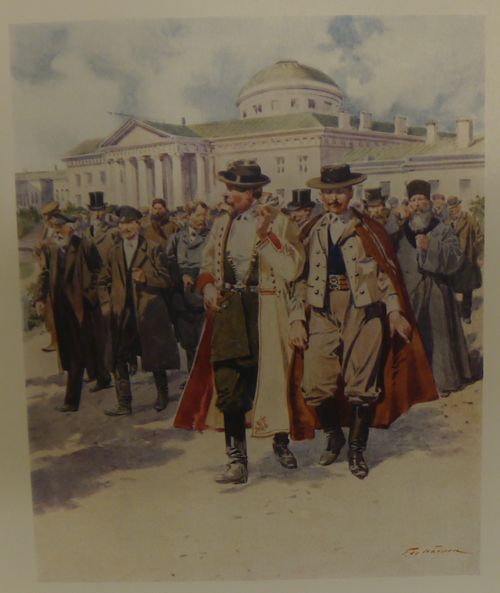 These popular books, aimed at the general reader, can be seen as an expression of, and a contribution to, what Michael Hughes called the ‘repositioning of Russia in the British imagination’ at this time. And it seems that such repositioning was not only one way, as Grove records in Moscow (1912, p. 118):

There was a Russian I knew well and met often – a schoolmaster. He and I were always quarrelling, for he professed to be and was a pronounced Anglophobe. At last I persuaded him to learn a little English, and go over to England for a few weeks, to see if we really were as bad as he thought. When he came back he was converted into a violent Anglomaniac. I asked him what had converted him, and he said, “Your British Museum.” He said that only the greatest nation on earth could have such a marvellous institution as that; he always felt as if he were in church when he was there, and always held his hat in his hand all the time he was in the building. I am afraid the British Museum does not have the same effect on the average Englishman.