‘Fables of another type’: some Animal Tales from Russia

Very few people now know the name of Ivan Ivanovich Bashmakov (?-1865) or his pen-name Ivan Vasenko. Even fewer can remember reading anything by him. A prolific Russian writer, he published novels, fairy tales, short stories, books for children, and even patriotic tracts (e.g., Enemies of the Holy Russia about the siege of Sebastopol), primers and textbooks for learners.

In literary encyclopaedias Bashmakov is described as an author of popular literature for common people. Critics agree that he was best known for his fables in verses (first published in 1854), which although not masterpieces, were lively, witty and funny.

The tradition of fables had been established in Russia by Mikhail Lomonosov, Ivan Krylov, Ivan Dmitriev and others, and Bashmakov successfully followed their steps, although supplied his book Semeinye prikliucheniia zhivotnykh (‘Animals’ family stories’; British Library 12304.c.8) with a subtitle: ‘basni inogo roda’ (‘fables of another type’). The book consists of two parts with a small appendix of three fables ‘Mysli i chuvstva rastenii’ (‘Thoughts and Feelings of plants’). 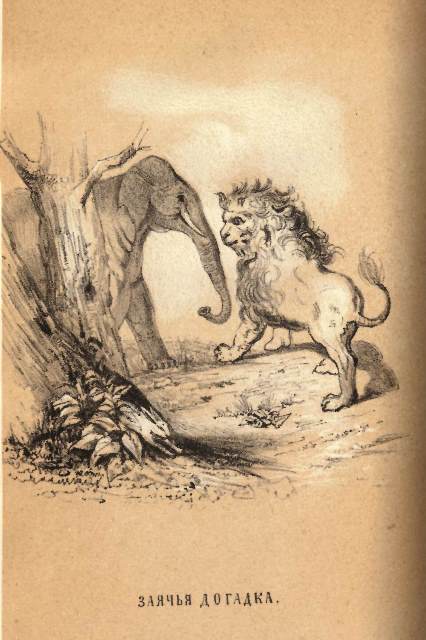 Although the fable tells a story of a Hare who, having overheard a conversation between an Elephant and a Lion, realised that all have their own weaknesses (as Lion was afraid of mice, he was afraid of dogs), it looks as if the illustrator decided to ignore the ‘main hero’ altogether. The two animals are of the same size and it is obvious that the artist had been trained to draw lions as they appeared in the European visual tradition, but had almost no idea how to approach drawing an elephant. Maybe, that is why the elephant is well hidden in the bushes? 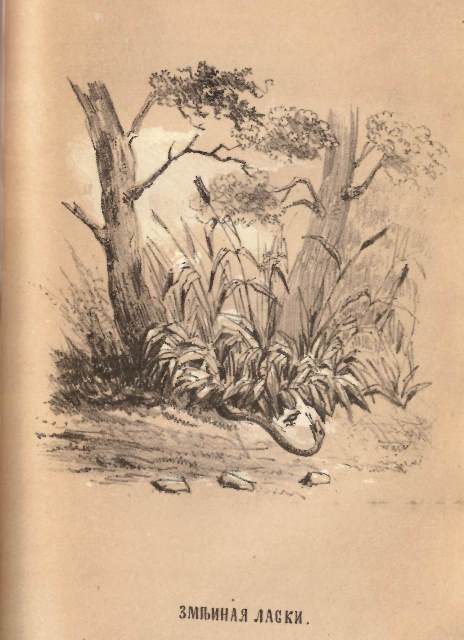 The picture above  illustrates the fable called ‘Snake’s tenderness’. You can probably guess already that instead of a kiss for fantastic singing a Skylark got poisoned.

In the pictures that accompany the tales, ‘Dog’s instructions’ about an old female Dog recalling a story of her love and ‘Dog’s fate’ that, by comparing cats’ and dogs’ life in one household, concludes that we should to be happy with what we have, not wishing to obtain another fate, people clearly dominate the scene. 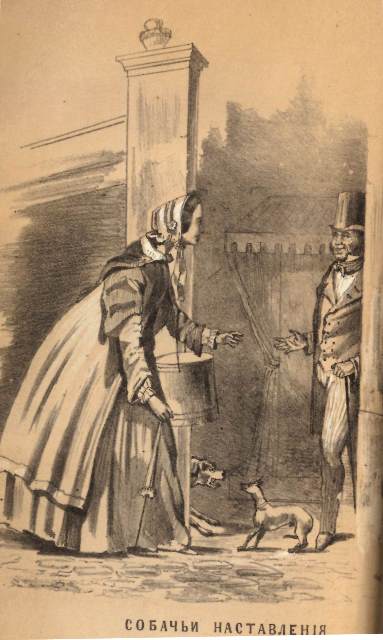 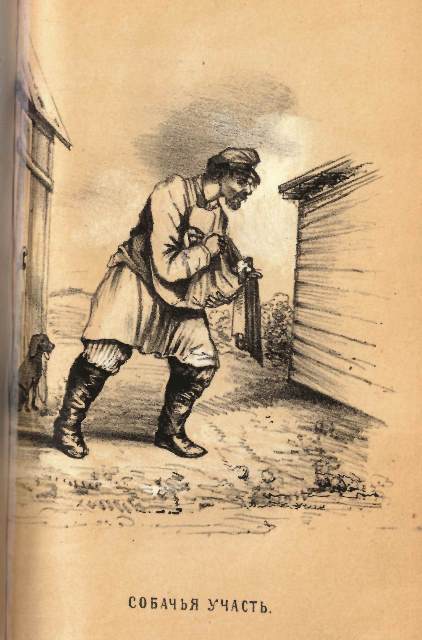 Maybe, the artist really liked cats, as he supplied ‘Dog’s fate’ with one more picture, featuring a cat: Quite unlike other images where animals were portrayed without any impersonation that was prompted by the text of the fables, only one cat in the whole book looks like a lady. 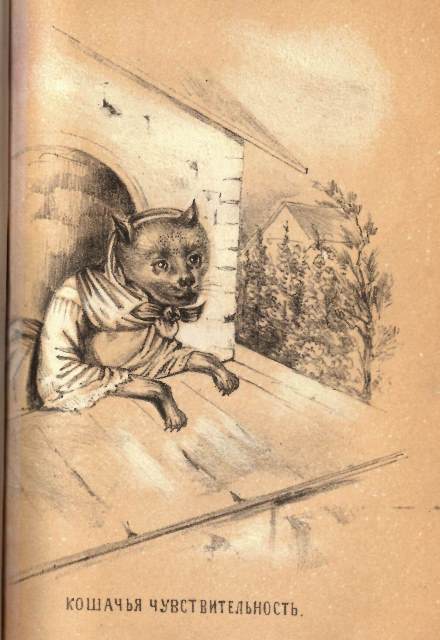 Can you imagine that this lady-Kitty in the fable ‘Cat’s sensibility’ interrupts her aria to her beloved Pussycat to catch a mouse? Oh, no!!! But will you drop your love song when your iPhone notifies you of new pictures on friend’s Instagram?