On Tuesday of this week Joost Zwagerman, one of three most read Dutch authors of our generation, took his own life. 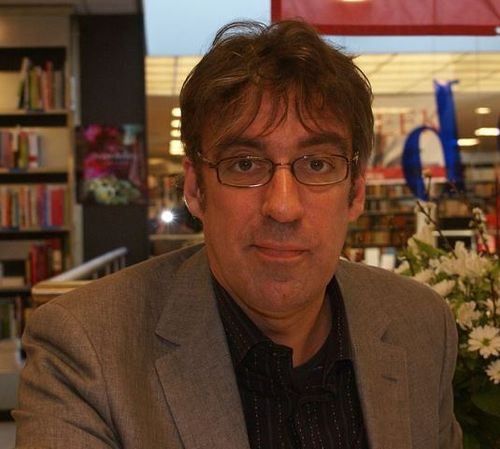 Joost Zwagerman in 2010 (picture by Jost Hindersmann from Wikimedia Commons CC BY 3.0)

Zwagerman was a prolific author, poet, commentator, art critic and polemicist. In 2010 he was awarded De Gouden Ganzenveer  (The Golden Quill) for his whole oeuvre, one of several literary awards during his career. In the same year he wrote the Boekenweekcadeau the annual ‘gift’ for the Dutch National Book Week. Being invited to write this is considered one of the biggest accolades in the literary world.

Zwagerman very much engaged with his readers and the general public in the Netherlands and abroad. He spent two weeks as author-in-residence at the University of Sheffield. Whilst his work is not (yet) translated into English, English speakers can get a real flavour of his wonderful style from the account he wrote of his experiences in Sheffield on Citybooks.eu (click on ‘Engels’ for the translation).

He frequently appeared on television, where he talked about art and culture, a topic he wrote about in many of his works. A better advocate for art and literature will be hard to find. His enthusiasm was inspiring.

He also wrote about suicide (his father attempted suicide and a close friend of his died by assisted suicide). In ‘Door eigen hand: zelfmoord en de nabestaanden’, freely translated as ‘By one’s own hand: suicide and next of kin’ he strongly argued against it, which makes his own suicide all the more poignant.

His work was translated into German, French, Czech, Hungarian and Japanese, but as already stated,  does not appear in English. That is a shame. Joost Zwagerman deserves to be translated into the world language that is English and reach a much wider audience. Some of Jost Zwagerman's books from the British Library's collections

The British Library holds most of his works, which can be found by using our catalogue Explore.

A brief selection of titles by Joost Zwagerman, held by the British Library:

Staff and students at UCL also had the good fortune to work with Joost Zwagerman and will miss his openness and humility. Despite being a big name and personality he welcomed our readings and translations of his work. A great loss to the literary world.