The Lion, the Wolf and the Wardrobe: Smil Flaška’s council of Bohemian birds and beasts

As we commemorate the 800th anniversary of the signing of Magna Carta, it is interesting to reflect that England was not the only country in mediaeval Europe where the interests of the king clashed with those of his barons. When he succeeded his father Charles IV as king of Bohemia in 1361, Wenceslas IV faced a similar situation. Like his brother-in-law Richard II in England, he was of a temperamental disposition which did not make it easy for him to come to terms with the nobles who were concerned about his attempts to encroach on their ancient rights and organized themselves into a union of lords, the Panská jednota, to combat them. In 1402 Wenceslas was taken captive, leading to prolonged negotiations for his release and fighting between the nobility and the mainly German inhabitants of the royal towns. He was clearly in need of some sound advice about how to rule his turbulent kingdom.

It came from a somewhat surprising source – a man with a personal grudge against the Crown. Little is known about the early life of Smil Flaška of Pardubice except that he studied at the University of Prague in the 1350s, and in 1394 was appointed chief notary of the land court of the Panská jednota. It was also around 1394 that he composed the allegorical poem Nová rada (The New Council), the first example of its kind in mediaeval Czech literature. 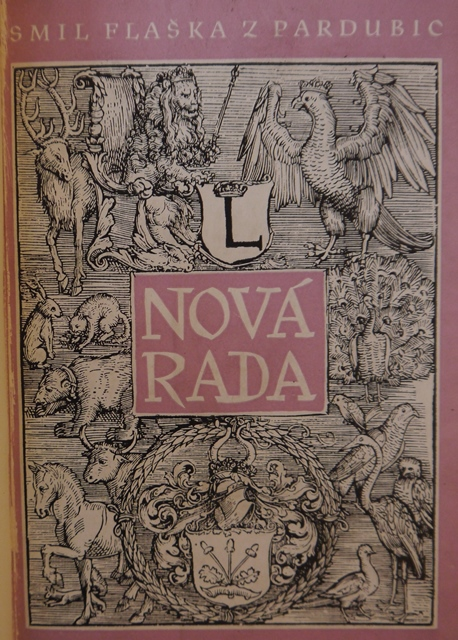 Beast allegories were already widespread throughout Europe, both in Latin and the vernacular languages, from the tales of Reynard the Fox to Chaucer’s Parliament of Fowls (c.1380), written to mark the marriage of Wenceslas’s sister Anne of Bohemia to Richard II. They were the successors to the classical fables of Aesop and Phaedrus,  in which amusing anecdotes about the follies of the animal protagonists could be used to point a moral which might have been unacceptable if expressed in another guise. This tradition was picked up in France by Gervais du Bus in a satire attacking the corrupt reign of Philippe IV, Le Roman de Fauvel (c.1310), where the run-down nag Fauvel represents the shabby condition of church and state. Smil’s poem begins with the young king of beasts (recalling the double-tailed lion of Bohemia) summoning a council of forty-four birds and beasts to advise him. In a series of speeches each presents his views, based on the natural characteristics of their species. The beaver, for instance, advises the lion to build his castles of wood in watery places, a reference to Wenceslas’s well-known fondness for taking baths. The swallow, however, counters:

No, do not build in marsh or mire,
But where the air is healthy, higher;
With stone and mortar, dry and fast,
So what you build is sure to last.

Every aspect of kingly activity is covered, from the lynx’s tips on military strategy to the camel’s advice on charity towards those in misfortune and the elephant’s on the moral upbringing of the royal children. Not everyone is so high-minded, though; the peacock, understandably, urges the king to dress in a style more suited to his station (Wenceslas was notorious for slipping out in humble garb to enjoy the low-life pleasures of the town), and the horse enthusiastically agrees, advocating the splendours of the tournament surrounded by richly bedecked lords and ladies (though we may detect a satirical note in his decidedly unheroic account of the unhorsed knights rolling in the dust, shedding teeth and imploring aid with cries of ‘Rette, rette!’ – revealing their alien origins and tastes).

Courtierly self-interest is also evident in the recommendations of the fox (if the king needs advisers at all, surely smaller ones with their wits about them are the best?) and the cat:

And, in addition, you’ll need spies
To watch at night with shrewd sharp eyes;
Murderers and thieves are apt, I think,
Softly in darkness to creep and slink;
But spies will seize them right on the stair
And drag them to court, for punishment there.
(Translations by Susan Reynolds/Halstead)

The wolf, too, with his shoulders mantled in grey hair suggesting a cowl, symbolizes the rapacity of certain monastic orders, with an interpolated reference to the falsification of documents which caused Smil’s ancestral estates to be forfeited to the king, one of several cases where Wenceslas deprived noble families of their lands by the feudal right of reversion. He is also associated with the much-resented ‘new men’ whom Wenceslas had taken onto his council and allowed to buy positions in the land court, to the fury of the barons. 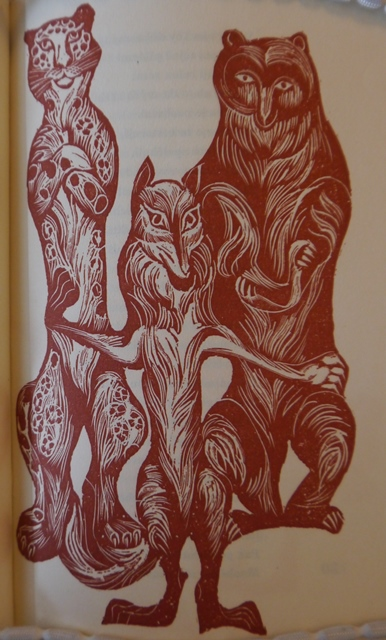 Perhaps the author could have used the lynx’s wise advice about how best to avoid an ambush; having taken an active part in the fighting on the side of the nobility, he was fatally wounded on 13 August 1403 during the siege of the royalist town Kutná Hora.

Smil was too astute to speak out unambiguously and counsel the king directly, even in an allegory, but the results make for a colourful and entertaining poem which was one of the first to be published in a new edition with a parallel text in modern Czech by Jan Gebauer, a pioneer of mediaeval Czech studies, in 1876 (Ac.800/7). In 1940 a new translation by František Vrba was published by Orbis in Prague, illustrated with woodcuts by . They prove that though Smil Flaška’s poetry originated from a specific time of personal and national crisis, its appeal is timeless and universal.